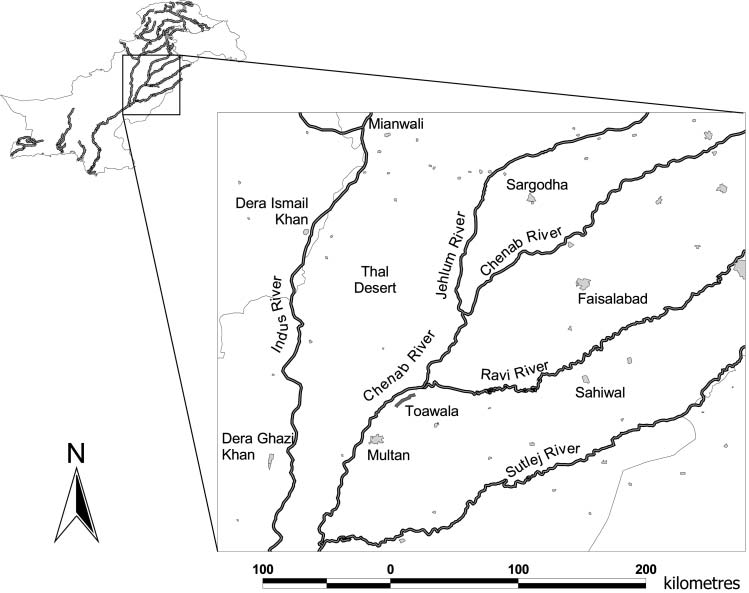 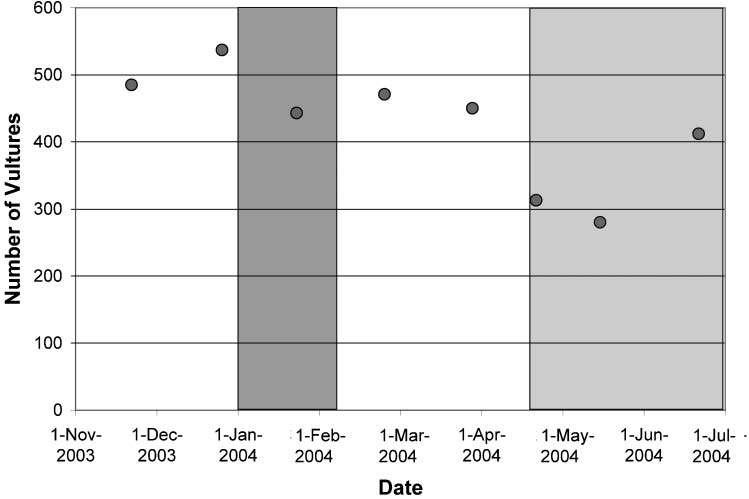 M. Gilbert et al.
Vulture mortality We collected 50 dead adult and sub-adult vultures during the study period. Visceral gout,indicative of renal failure possibly due to diclofenac poisoning (Oaks et al. 2004, Shultz et al.
2004), was found in 29 of 30 dead vultures that were available for necropsy. The single non-goutcase was an emaciated sub-adult that was excluded from further analyses. During provisioningperiod B (38 days) four dead adult vultures were collected of which three were necropsied andfound to have visceral gout. Three adults and a sub-adult vulture were located duringprovisioning period D (73 days) of which two were necropsied and both had gout.
Mean daily mortality during provisioning was 0.072 birds per day (8 birds in 111 days), compared with 0.387 birds per day (41 birds in 106 days) during non-provisioning controlperiods. Because the abundance of vultures in the colony varied dramatically between seasons,we compared mortality between provisioning and non-provisioning periods only within eachseason. Mortality in the non-provisioning control period A (25 birds in 35 days) wassignificantly higher than during provisioning period B (4 birds in 38 days, x21 5 17.1, P ,0.001). Likewise, mortality in the non-provisioning control period C (16 birds in 71 days) wassignificantly higher than during provisioning period D (4 birds in 73 days, x21 5 7.5, P 5 0.006).
Numbers of adult and sub-adult vultures roosting at the colony varied through the breedingseason, reaching a maximum count of 537 on 26 December 2003 when eggs were beginning tohatch, and declining thereafter to reach a low of 280 on 16 May 2004 after all the nestlings hadfledged (Figure 2).
Figure 2. Combined counts of roosting adult and sub-adult vultures at Toawala colony between28 August 2003 and 22 June 2004. Shaded areas indicate periods during which the vulturerestaurant was operational. 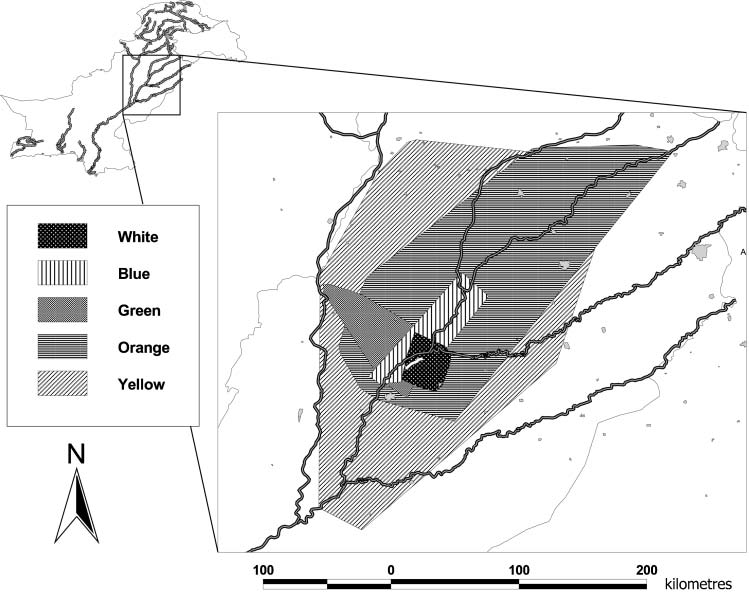