Hiv/aids in the context of other global challenges 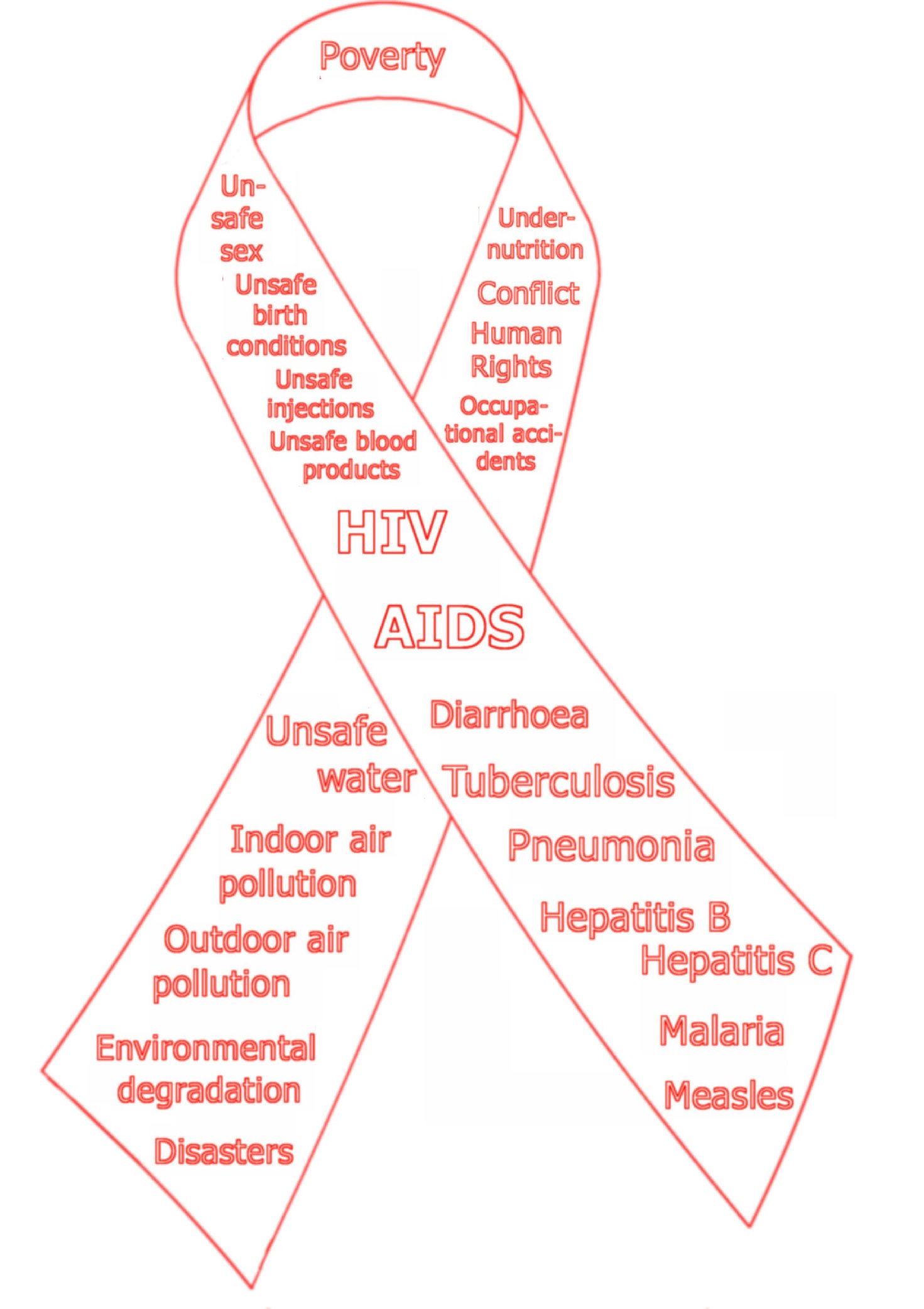 An executive summary for tackling global challenges
HIV/AIDS in the Context of Other Global Challenges
Special Report for the UN High-Level Meeting on AIDS, 8-10 June 2011 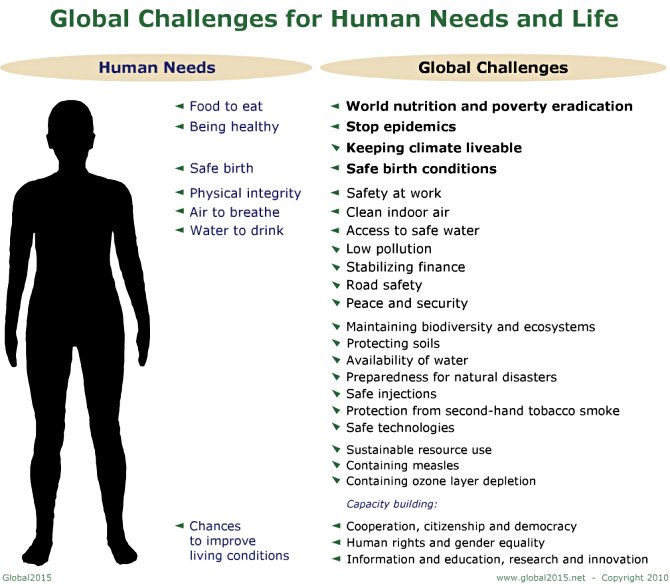 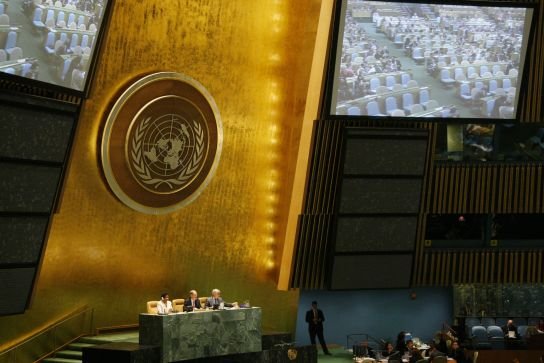 HIV/AIDS in the Context of Other Global Challenges Special Report for the UN High-Level Meeting on AIDS Summary of UN Meeting Results
On 10th June 2011, the United Nations General Assembly, at the High-Level Meeting on AIDS, unanimously adopted the "Political Declaration on HIV/AIDS: Intensifying our Efforts to Eliminate HIV/AIDS", inclu-ding the following new goals and targets (emphasis always added): "to end the epidemic with renewed political will" (§ 49).
General Assembly adopting the declara- tion, 10/6/11 (UN Photo/JC McIlwaine) "working towards reducing sexual transmission of HIV by 50 per cent by 2015" (§ 62);
"working towards the elimination of mother-to-child transmission of HIV by 2015 and
substantially reducing AIDS-related maternal deaths" (§ 64); "Ensuring that women of child-bearing age have access to HIV prevention-related services and that pregnant women have access to antenatal care, information, counselling and other HIV services" (§ 59 l); "working towards reducing transmission of HIV among people who inject drugs by 50 per cent by 2015" (§ 63); "Expanding access to essential commodities, particularly male and female condoms and sterile injecting equipment" (§ 59 d); "Significantly expanding and promoting voluntary and confiden-tial HIV testing and counselling" (§ 59 f); "Promoting medical male circumcision where HIV pre-valence is high and male circumcision rates are low" (§ 59 i); "Deploying new biomedical interventions as soon as they are validated, including female-initia- ted prevention methods such as microbicides, HIV treatment prophylaxis, earlier treatment as prevention, and an HIV vaccine" (§ 59 n).
Universal access to treatment: "redouble efforts to achieve, by 2015, universal access to HIV prevention, treatment, care
and support" (§ 51); "accelerate efforts to achieve the goal of universal access to antiretroviral treatment . with the
target of working towards having 15 million people living with HIV on antiretroviral
treatment by 2015" (§ 66);
"combat tuberculosis, which is a leading cause of death among people living with HIV, . and commit by 2015 to work towards reducing tuberculosis deaths in people living with
HIV by 50 per cent" (§ 75);
"reduce the high rates of HIV and hepatitis B and C co-infection" (§ 76).
"working towards closing the global HIV and AIDS resource gap by 2015, currently esti-
mated by the Joint United Nations Programme on HIV/AIDS to be $6 billion annually" (§ 86);
"Commit by 2015, through a series of incremental steps and through our shared responsibility,
to reach a significant level of annual global expenditure on HIV and AIDS, while re-
cognizing that the overall target estimated by the Joint United Nations Programme on HIV/
AIDS is between $22 billion and $24 billion in low- and middle-income countries" (§ 88).
The declaration also includes interlinkages between HIV/AIDS and poverty (§§ 7, 98), nutrition (§§ 70, 98), co-infections such as tuberculosis, hepatitis and malaria (§§ 69, 75, 76, 98-100), gender (§ 53), maternal and child health (§§ 98, 99), safe drinking water and sanitation (§ 98), and human rights (§ 77). However, topics such as the safety of medical injections and blood products are not covered.
UN 2011, General Assembly: Political Declaration on HIV/AIDS: Intensifying our Efforts to Eliminate HIV/AIDS. A/RES/65/277 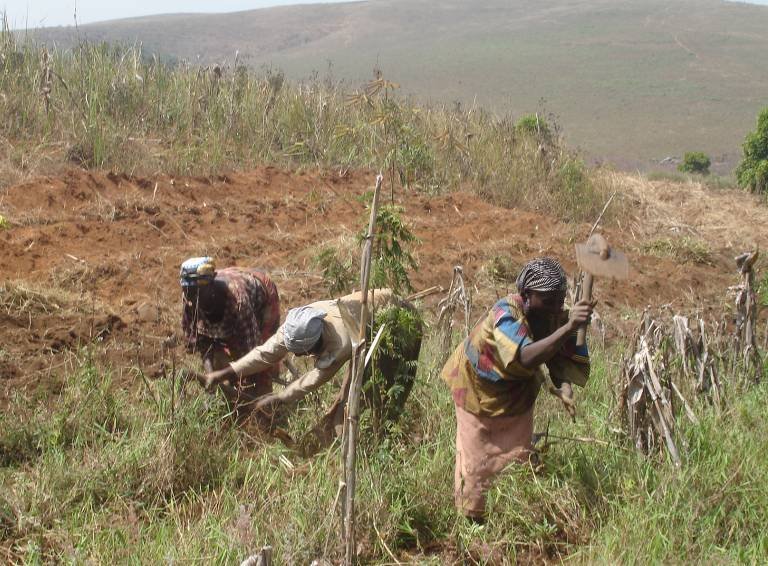 HIV/AIDS in the Context of Other Global Challenges Special Report for the UN High-Level Meeting on AIDS 2.1 Poverty
Although the HI virus does not discriminate, and affects the wealthy as well as the under-privileged,
the most affected countries are among the poorest in the woThe rate of people living with HIV in
the least developed countries is nine times higher than the rate in more developed regionsMost
governments have prevention programmes in place, but in some cases these are less effective than
they could be with better information and funding, and many of the individuals most in need do not
have access to basic prevention programmes because of their impoverished sta Poverty contributes strongly to individuals partaking in behaviours that expose them to an increased
risk of infection. In most cases this is due to a lack of knowledge on how to prevent infection.Poverty
can also prevent those who have been infected from accessing the life-long care that HIV/AIDS
requires. Although it is generally believed that it is the rural and uneducated individuals that are more
likely to engage in high-risk sex and less likely to use condoms, due to being poorly infdata
has shown that it is usually the better-off members of society who have the highest HIV/AIDS
transmission rate in these less developed countries. It seems that HIV is transmitted mainly to urban,
employed, and more mobile members of these However, HIV/AIDS often increases the
burden of poverty where it already and pushes previously unimpoverished people into poverty
by placing heavy financial burdens on families and breaking down inter-generational suppor There are several poverty-related factors which increase exposure to HIV/AIDS. Financial constraints
influence occupational decisions (including participating in the sex trade) which carry a high risk of
participating in unprotected sex, and poverty has also been linked to a lowered fear of contracting
HIV/AIDSOne theory behind this is that impoverished people are generally less likely to be concerned with the future and are forced to be more concerned with day to day surviv Another reason that poverty is associated with a higher risk of contracting HIV/AIDS is family life. The WHO notes that poverty plays a pivotal role in teenage marriage, a factor that leads to the spread of sexually transmitted diseases including HIV (this can also be exacerbated by the practice of poly-gamy). Young girls often have no choice about having unprotected sex with their hus-bands and makes them vulnerable to con-tracting the HI virus from their infected hus- Mambil a women working their farm in Nigeria 93 UN Department of Social and Economic Affairs, 2005, Population, Development and HIV/AIDS with Particular Emphasis on Poverty: The Concise Reporp. 55.
94 Ibid., p. 55.
95 Ibid., p. 57.
96 Ibid., pp. 1-2.
97 Ibid., p. 30.
98 IFRC (International Federation of Red Cross and Red Crescent Societies), 2008, World Disasters Report 2008: Focus on HIV and AIDS. , p. 34; Piot P, Greener R, Russell S (2007): Squaring the circle: AIDS, poverty, and human development. PLoS Med 4(10): e314 (doi:10.1371/journal.pmed.0040314), p. 1571.
99 IFRC, 2008 (fn. 98), pp. 41, 42.
100 Ibid., p. 3.
101 Ibid., pp. 8, 34, 50.
102 SARPN Conference 2006, [in] Mbirimtengerenji, N., 2007, Croatian Medical Journal, (48) 5, , pp. 605-617.
103 University of Illinois at Chicago, Conference Report on African Studies 2005: Teenage Marriages in Africa [in] Mbirimtengerenji, N., 2007, Croatian Medical Journal, (48) , p. 145.

HIV/AIDS in the Context of Other Global Challenges Special Report for the UN High-Level Meeting on AIDS 2.2 Nutrition
In 2010, about 925 million people were undernourishedand undernutrition accelerates the
development of immune deficiency and opportunistic infIt can also increase the side effects
of antiviral therapyTwo thirds of HIV/AIDS sufferers live in Sub-Saharan Africa, where undernutrition
rates are high. Undernutrition can compound the complications and side effects of antiretroviral
therapy and other types of car Similarly HIV/AIDS also has a strong influence on undernutrion. Children who have been orphaned
due to HIV/AIDS (or are living with parents who are living with HIV and therefore unable to provide a
livelihood) are likely to be undernourished. An estimated 16.6 million children have lost either one or
both parents because of AIDS. Furthermore, food is likely to be scarce in areas highly affected by
HIV/AIDSIn times of nutritional emergency, further problems are generated, which include
disrupting education and a rise in sex-related crimes towards women and children. These situations can
contribute to the spread of HIV/AIDS Even when adequate nutrition is available, people in the advanced stages of AIDS will suffer
symptoms similar to those of undernutrition: weight loss, nutrient deficiencies, and wasting. This is due
to a combination of increased metabolic demand, loss of appetite, gastrointestinal malabsorption and
body redistribution.
A lack of vital nutrients in people living with HIV/AIDS is linked to a higher rate of mortality and HIV
progression. Nutrients can be supplemented with vitamin tablets, which can slow down the progression
of the virus even in those who are not undergoing antiretroviral therapyWhen affected with HIV,
regular bouts of illness often occur. These periods of sickness are likely to alter a patient's appetite as
well as increase the body's demand for nutri- 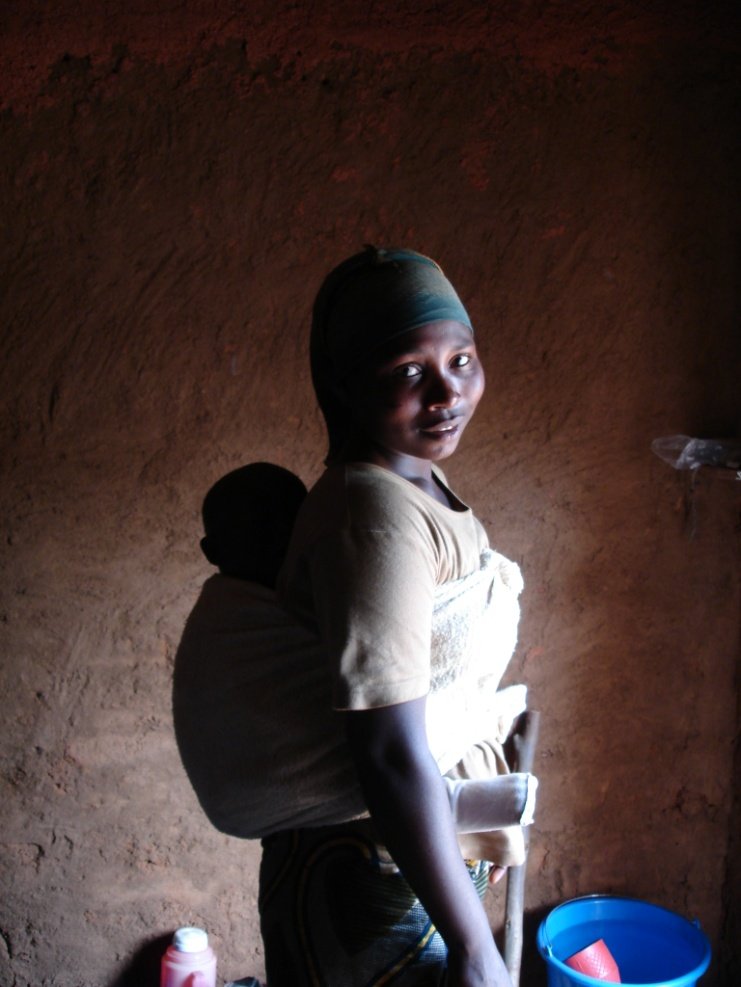 HIV/AIDS in the Context of Other Global Challenges Special Report for the UN High-Level Meeting on AIDS Around half of the infants born to HIV-positive mothers are pre- or perinatally infected with HIV, which contributes to 90% of all childhood HIV infAlthough most infants are not infected during pregnancy, the process of delivery and the associated breaking of membranes may cause the HI virus to spread to the child. In order to reduce this risk, a caesarean section may be recommended. Traditionally, this is most often the case for women who are not taking any ARV treatment, because for women who are, the rate of transmission is already reduced, and the risks of surgery in low and middle income countries can often outweigh the benefits. These risks include haemorrhage, post-postpartum fever, wound infection and sepsis. The WHO recommends that the safety of surgery should be impro-ved as a part of the fight against the HIV/AIDS Elective caesarean sections decrease the risk of transmitting HIV by 50% (the transmission rate for women who underwent elective caesarean section was 8.4%, compared to 16.7% for those who did not). Furthermore, for women receiving ARV treatment, an elective caesarean section decreased the transmission rate from 7.3% to 2% (which equals a reduction of transmission risk by Another stage of development at which of mother-child transmission occurs is during breastfeeding. Despite this risk of transmission, breastfeeding by HIV-positive women is often less dangerous than formula feeding because of the life-threatening diseases present in unsafe water, and the immu-nity that is transmitted through breastmilk. The likelihood of transmission can be significantly lowered (by 42-54%) if the mothers receive ARV treTherefore, ARV treatment is of paramount importance for mothers who have no alternative to breastfAnother option would be to provide equip-ment to heat breastmilk. The rates of perinatal and breast-feeding transmission have been decreasing; from 500 000 in 2001 to about 370 000 in 2009albeit at about half of the Kaka woman with her youngest brother, targeted 50% r See section 1.8 on measures on this issue The latest documented stage at which caregiver to child transmission occurs is during the pre-mastication of food for infants (when an adult chews food before feeding it to the infant). Infection occours when blood from an infected caregiver's mouth mixes with the food while chewing. Pre-mastication of food for children is common in many parts of the wo One of the predominant obstructions to further reducing mother-child transmission rates is insufficient access to antenatal and postnatal care. With adequate access to services, mother-child transmission can often be prevented. An antiretroviral (ARV) regimen is recommended during the pregnancy, delivery and breastfeeding stages of development. Recently a triple ARV regimen was shown to decrease HIV infections in newborns by 42-54% compared with the control ARV rIn addition to ARV regimens, more inclusive antenatal and postnatal care should include voluntary testing, prophylactic treatment, and optimal obstetric care. Despite these relatively simple preventative solutions, many women in the developing world do not have any access to these services and others 153 UK Center for disease Control and Prevention, 2011, 19994-GP Notebook: UK Medical Reference, 154 WHO 2011 (fn. 59), §§ 36 and 67.
155 Northwest AIDS Education and Training Center/University of Washington, 2011, Perinatal Discussion, own calculation 156 Kesho Bora, 2011 (fn. 55), pp. 6-8; WHO, 2011, Kesho Bora Study: Preventing mother-to-child transmission of HIV during breastfeeding, Polic, p. 2.
157 WHO et al., 2008 (fn. 43), pp. 35, 37-38; WHO, 2010 (fn. 45), p. 79.
158 WHO, 2010 (fn. 45), pp. 19, 78. 159 Ibid., p. 64.
160 Gaur, A. H., et al., Practice of Feeding Premasticated Food to Infants: A Potential Risk Factor for HIV Transmission. Pediatrics. 2009, 124:658-666p. 66.
161 Kesho Bora (fn. 55), 2011, p. 1. 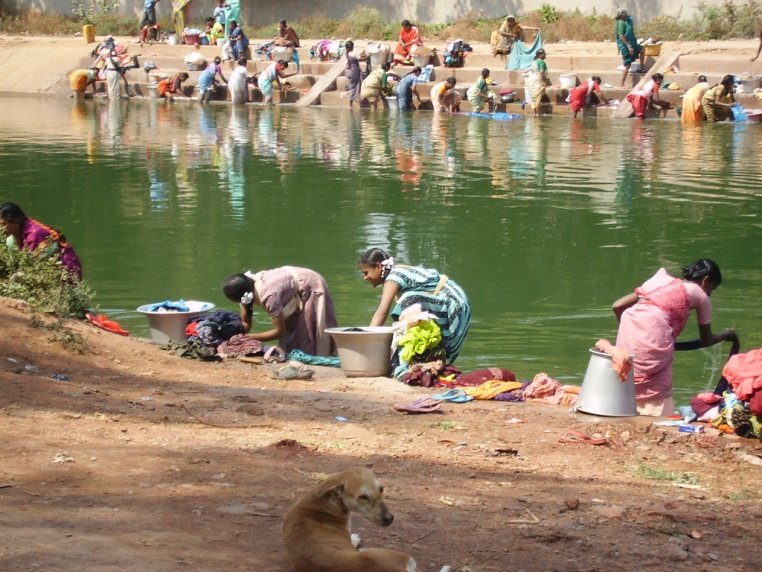