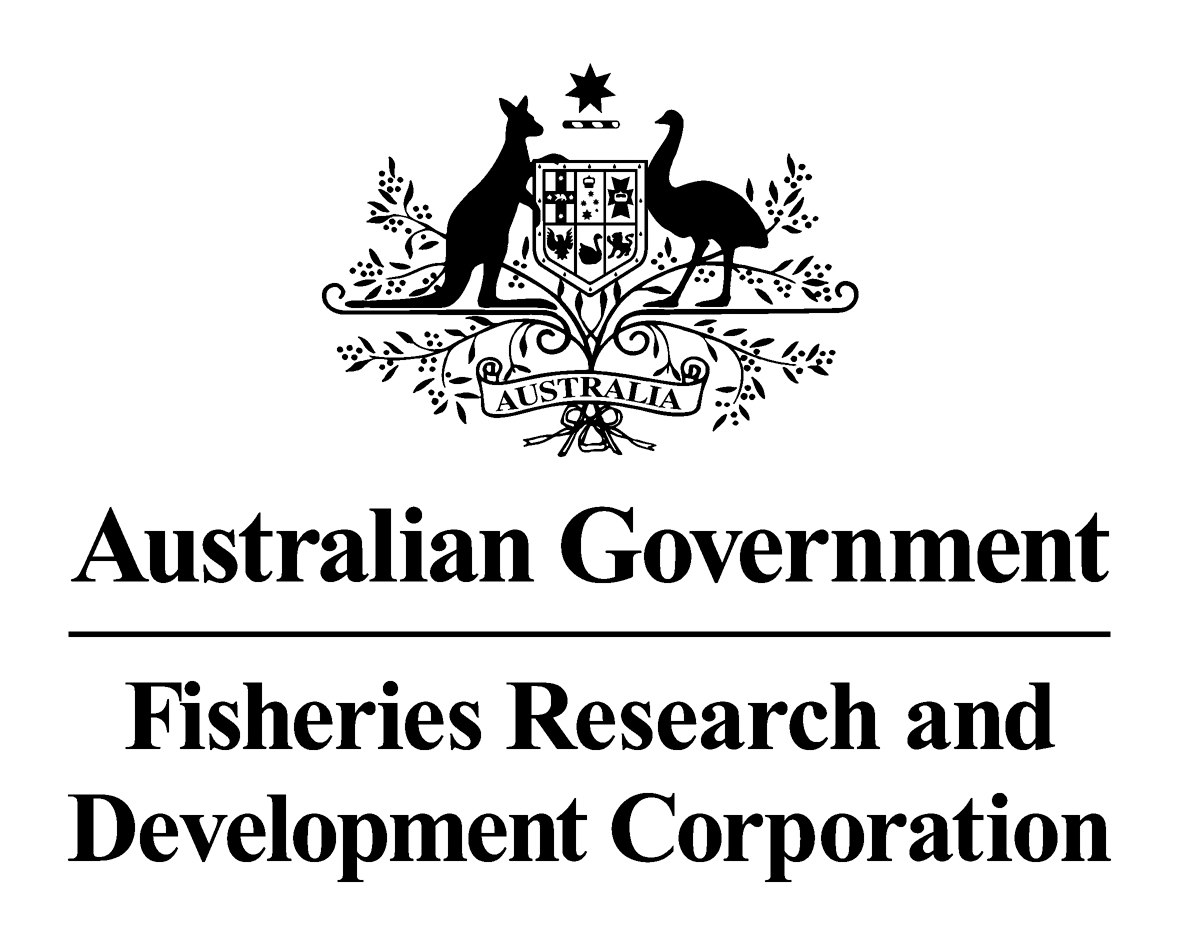 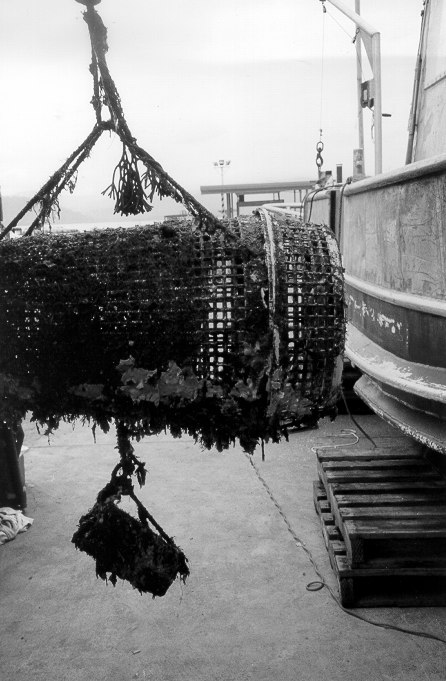 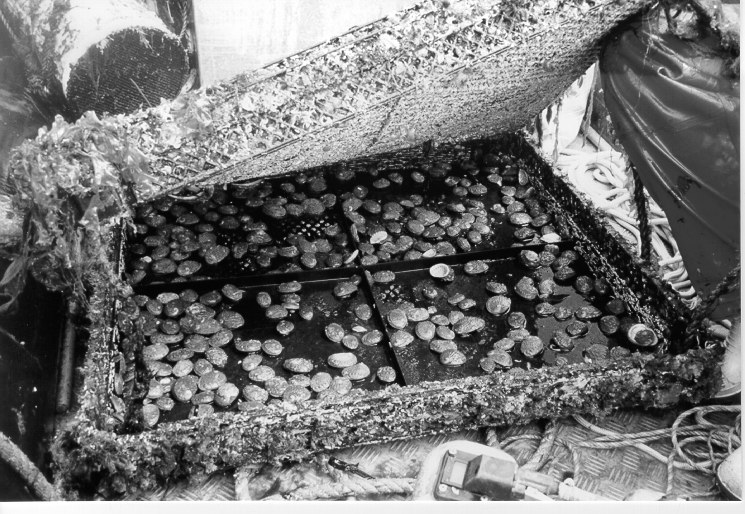 Mudworm control in abalone A. Tube B. Basket
Figure 4.3 Abalone containment vessels
FRDC Final Report Page 14 Mudworm control in abalone 4.4 Speciation of polychaetes
Spionid species were identified on the basis of fifth setiger, prostomium, and pygidium morphology, gill distribution, eyespots, colour and size. Descriptions of species encountered in the research are given in Rainer 1973, Read 1975, Blake and Kudenov 1978. Presumptive identifications of B. knoxi and P. hoplura were confirmed by Dr. Rainer who first described B. knoxi (Rainer1973). Initial identification of Boccardia proboscidea Hartman was made by Dr. Geoff Read. Non- spionid polychaetes found on or within the shell were not speciated but were included in total polychaete counts where appropriate. Calcareous tube building polychaetes, such as spirorbids and Pomatoceros sp. (Figure 4.4), both usually grouped in the family Serpulidae (Fauchald, 1977) were not included in polychaete counts.
4.5 Quantification by Boccardia knoxi chimney count
Preliminary investigation of mud worm infestation showed that B. knoxi had a distinctive transparent tube or chimney at the burrow entrance (Figure 4.5). Such chimneys were typically 2-10 mm in length and produced approximately a month after B. knoxi settlement.
While other Tasmanian mud worm species at times produced a burrow entrance structure, the B. knoxi chimney was considered distinctive enough to be a useful diagnostic tool. Chimneys were found to survive the death of the worm by many months in the field, and for at least eight months in a laboratory test (M. Lleonart unpublished data). Remnant, heavily infested abalone from mortality episodes in 1997 were found to have a 90% occupancy rate of live B. knoxi on the basis of chimney counts (mean B. knoxi count 36.5, SD=19, n=40 shells). This fell to 55% for shells of abalone dead for several months, with a mean live B. knoxi count of 23 (SD=15.5, n=40). Thus chimney counts allowed potential estimation of present and/or past B. knoxi numbers. Severe shell fouling interfered with accurate assessment of chimneys.
Caceres- Martinez (1999) also found that spionid polychaetes survived the death of the molluscan host.
4.6 Quantification through expulsion of spionids from shells
Mud worm infestation levels were quantified by the use of chemical vermifuges to expel polychaetes from shell burrows or the surface of the shell. This was a mixture of 100 PPM 0-dichlorobenzene and 500 PPM phenol in seawater and was based on the methods of Mackenzie and Shearer (1959) and Handley (1997). Abalone were
shucked and shells placed in either 50 ml or 400 ml pots depending on size. Pots were at least 60% full of vermifuge solution. When mud worm colonization was considered relatively recent, shells were immersed in vermifuge in the morning and removed in the late afternoon. Longer time periods tended to kill small polychaetes and post larvae rendering identification difficult. Shells with obvious signs of mud worm infestation were exposed to vermifuge solution overnight at a minimum temperatureof 15° C. After vermifuge exposure the contents of pots were drained through 90 µm sieves and worms rinsed to petri dishes for examination with a dissecting microscope.
In addition, the surface of the abalone shell was examined under low power microscopy to include any polychaetes only partly expelled from burrows. On occasion mud worm blisters were dissected to check for the presence of polychaete eggs and retained worms.
FRDC Final Report Page 15 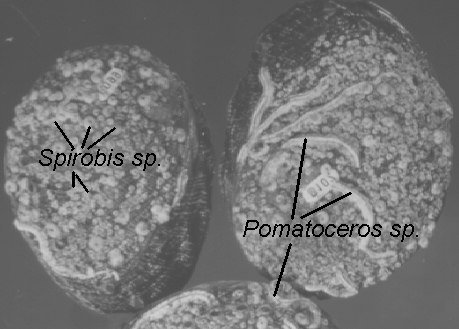 Lack of bystander activation shows that localization exterior tochromosome territories is not sufficient to up-regulate gene expression Céline Morey, Clémence Kress and Wendy A. Bickmore 2009 19: 1184-1194 originally published online April 23, 2009 Genome Res. This article cites 34 articles, 19 of which can be accessed free at: Receive free email alerts when new articles cite this article - sign up in the box at the