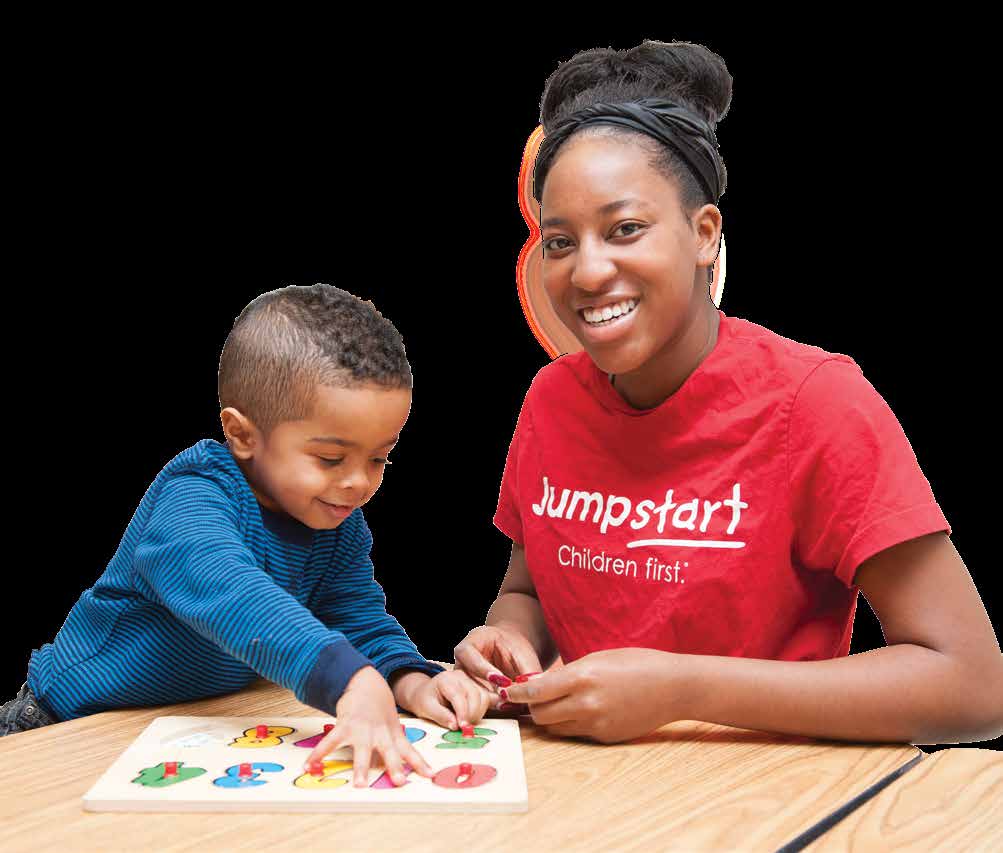 More than twenty years ago, four college students asked each other: What if we could offer children from under-resourced communities individualized attention before they enter kindergarten, giving them the critical academic and social skills—the ‘jumpstart'—they need to succeed? 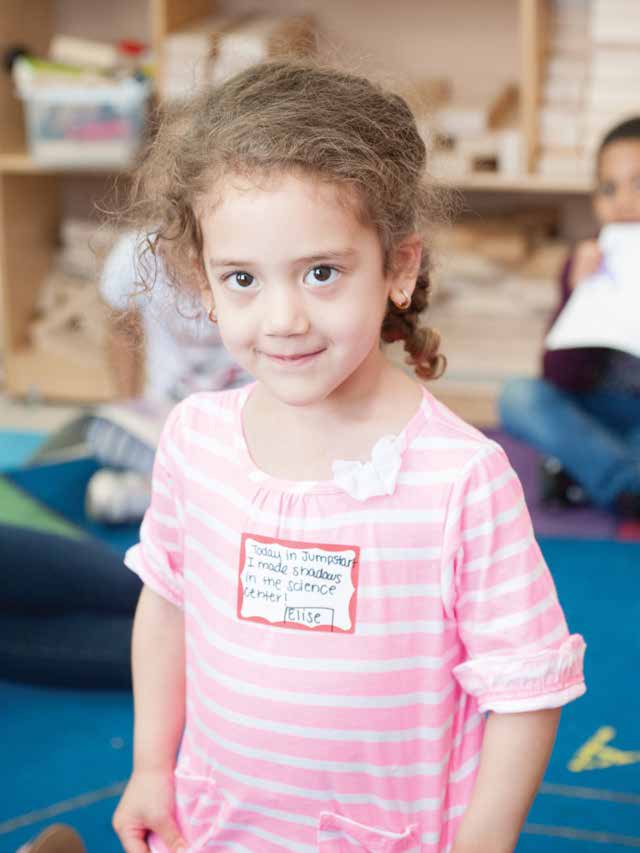 The idea took hold and by 2015, Jumpstart had trained more than 40,000 college students and community volunteers, preparing over 87,000 children for kindergarten success. Jumpstart's program is replicated across the country in 14 states and the District of Columbia. We leverage partnerships with higher education institutions, Head Start, community-based preschools, and school districts to create sustainable solutions in order to close the kindergarten readiness gap. 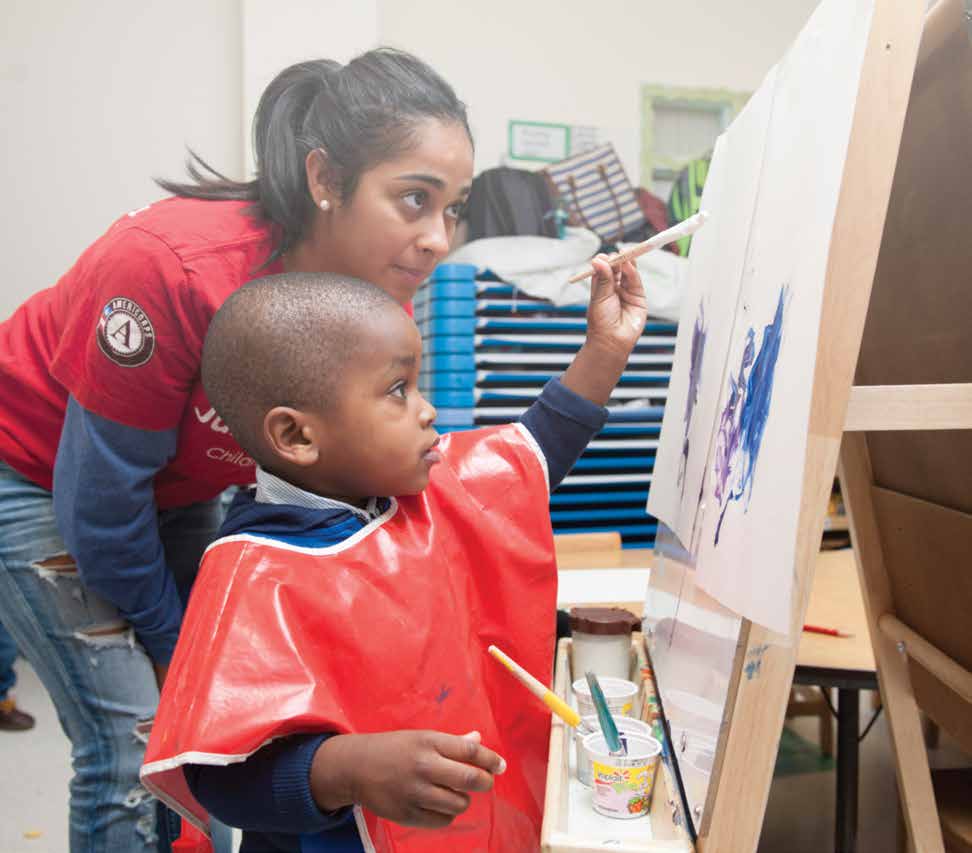 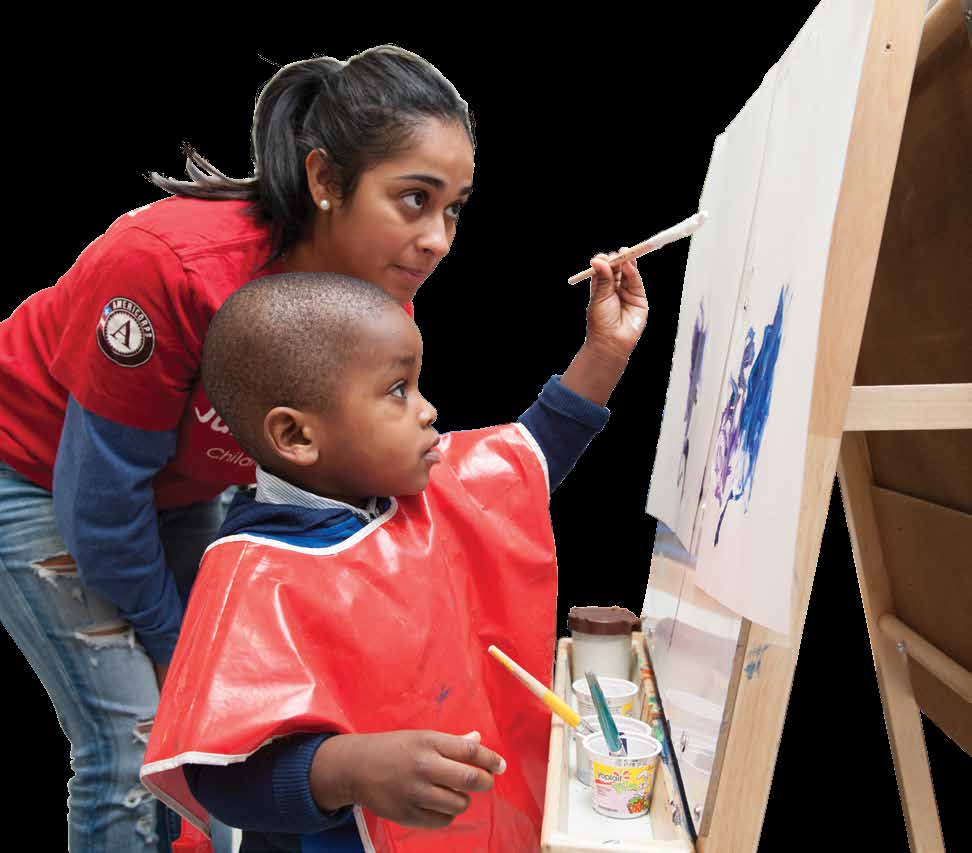 Dear Friends,
What was true when four college students founded
Not only did over 90% of Jumpstart children make Jumpstart 23 years ago is still true today: at the heart of kindergarten readiness gains last year, but 96% of our Jumpstart's unique and effective program is a dedicated Corps reported that they would recommend serving with and caring adult who forms a trusting relationship with a Jumpstart to their peers, a strong predictor of our future child. Something magical unfolds each time a Jumpstart ability to serve more children in the neighborhoods where Corps member enters a classroom to the shouts of we're needed most. "Jumpstart's here!" Time and time again, we have seen We are filled with gratitude for your dedication, generosity, how Jumpstart's training, intentional curriculum, and passion, and trust in us. We have made great progress individualized attention encourage children to thrive. together and yet we are called to do more. Our work is In the following pages you will get to know some of the more important than ever and we're honored to have you incredible people who helped bring the Jumpstart program to life for 11,500 children across the country this year. It's Yours in service, stories like these that inspire us every day, and we know that you will be inspired too.
As we reflect on the accomplishments of the past year, we know that none of them would be possible without your support. Jumpstart's year, from start to finish, was punctuated by momentous highlights. We were honored and filled with pride when President Obama and the First President & CEO Family served alongside Jumpstart Corps members on the Martin Luther King Jr. Day of Service. We cheered when over 2.3 million people came together for Read for the Record day to call attention to the importance of early literacy. And we celebrated when we learned that the Center for High Impact Philanthropy named Jumpstart a "high impact opportunity" for donors who want to invest in early learning.