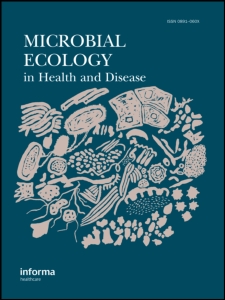 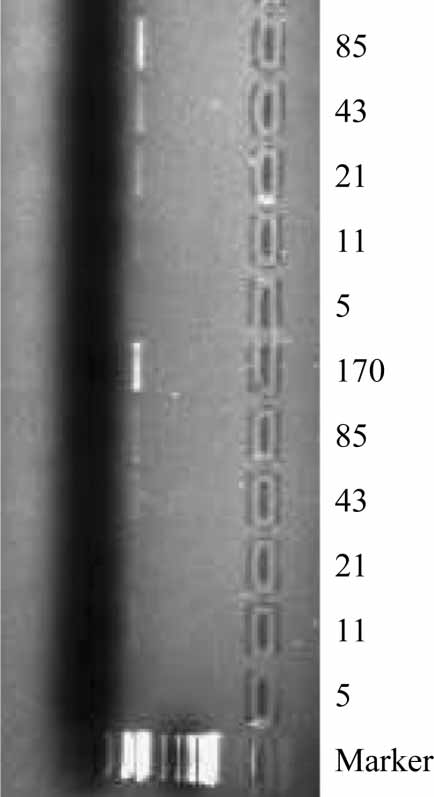 Prevalence of blaTEM genes in soil by Dyadobacter fermentens and Flexibacter sanctispecies (10% of the strains). Other genera repre-sented were Acidovorax, Flavobacterium, Pandoraea,Pseudomonas, and Stenotrophomonas. In the rhizo-sphere of maize sampled at day 100, 56% of the 16Ssequenced bacteria were affiliated to the g-Proteo-bacteria class, exclusively to the genera Pseudomonasand Stenotrophomonas. The species P. fluorescens, P.
jessenii, P. monteilii, P. pseudoalcaligenes, P. putida, andP. resinovorans were identified. Other bacterial generawere represented by Azospirillum sp., Chryseobacter-ium sp., Flavobacterium sp., Mesorhizobium sp.,Ochrobactrum sp., and Variovorax sp. Some of theabove species or genera are known to be b-lactamasecarriers (23,24).
Detection limit of the PCR targeting of blaTEM genes Eleven soil, rhizosphere, and sediment samples fromNorway were screened for the presence of blaTEMgenes in extracted total DNA. No visible amplifica-tion products of the blaTEM genes were obtainedusing 2 ng of extracted DNA in the reactions. DNA Figure 1. PCR with blaTEM-specific primers of dilution series of sequence alignment, and the PCR-positive controls pUC18 DNA (estimated copy number of 170 to 5), in the (TEM-1, -3, -6, -9, -10), as well as spiked soil presence of soil DNA extracts. Lanes 15, with soil DNA from samples (pUC18) demonstrated the broad ability of organic farming in Tromsø; lanes 610, DNA from compost from Downloaded By: [ABM Utvikling STM / SSH packages] At: 10:03 10 April 2008 Northern Norway; 12, DNA fragment size ladder.
the TEM-specific primers used to detect relevantTEM alleles in the DNA samples analyzed. In 10 of genes for experimental field releases of genetically 11 samples, the detection limit of the blaTEM modified organisms (14). However, few experimen- amplification products visualized in agarose gels tal data exist on the environmental distribution of was 21 (range 1743, see Materials and methods) pUC18 molecules (Figure 1). The extracted DNA TEM genes in natural environments, such as in food, feed, water, bulk soil, rhizosphere, compost, from low alpine soil in Skibotn, Norway, did not and pristine environments (14).
yield a satisfactory detection limit when spiked with In this study, the prevalence of bla the pUC18 plasmid. To further increase the sensi- was surveyed in microbial populations of a variety of tivity, Southern hybridizations were done on thePCR solutions of some of the soil DNA samples environments. The concentrations of cultivable (Figure 2). Very faint bands were observed in the Ampr bacteria in all samples was high, typically blotted PCR solution from Ny A ˚ lesund and Tromsø 103108 CFU per dry weight gram of sample; in bulk soil, rhizosphere from Lovenbreen, and from some samples they represented 50% of the total conventional farming land from Tromsø. Southern culturable microbial population (Table II). The high blotting of PCR products from solutions with proportion of Ampr bacteria already present in the decreasing amounts of pUC18 target DNA yielded samples suggests that in situ or in vitro enrichment a clear signal with 85 molecules and was positive (with ampicillin selection) would enhance our cap- with as low as 11 pUC18 copies (Figure 2).
ability to detect blaTEM-positive bacteria only ap-proximately twofold, assuming uniform communityresponse to the enrichment conditions.
Although the majority of 1100 isolates tested were nitrocefin-degrading (hence capable of cleav- TEM types are among the earliest described b- lactamase encoding genes (11; http://www.lahey.org/ ing the b-lactam ring), bacterial isolates carrying Studies/), they are frequently used in cloning vectors blaTEM-alleles could not be identified in the analyzed in molecular biology laboratories (13), and are environmental isolates (Table V). Lower proportions present in some of the first generation genetically of nitrocefin-degrading bacteria were seen in New modified plants (14,25). The broad environmental Zealand soil samples and in the sediment samples distribution of specific blaTEM alleles has been used from cryoconite holes in glaciers on Svalbard. In the as an argument for their continued use as marker latter the entire cultivable microbial population was