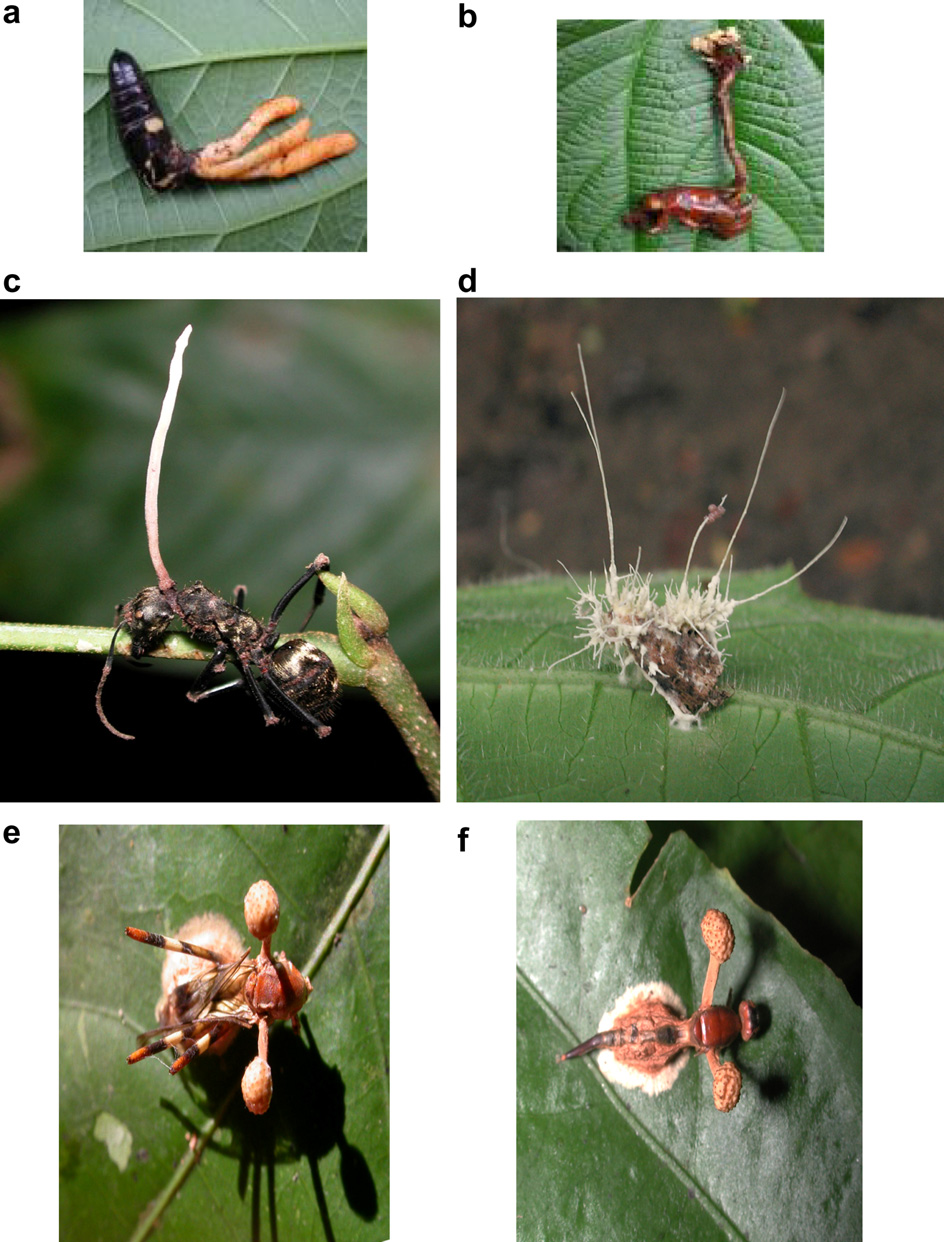 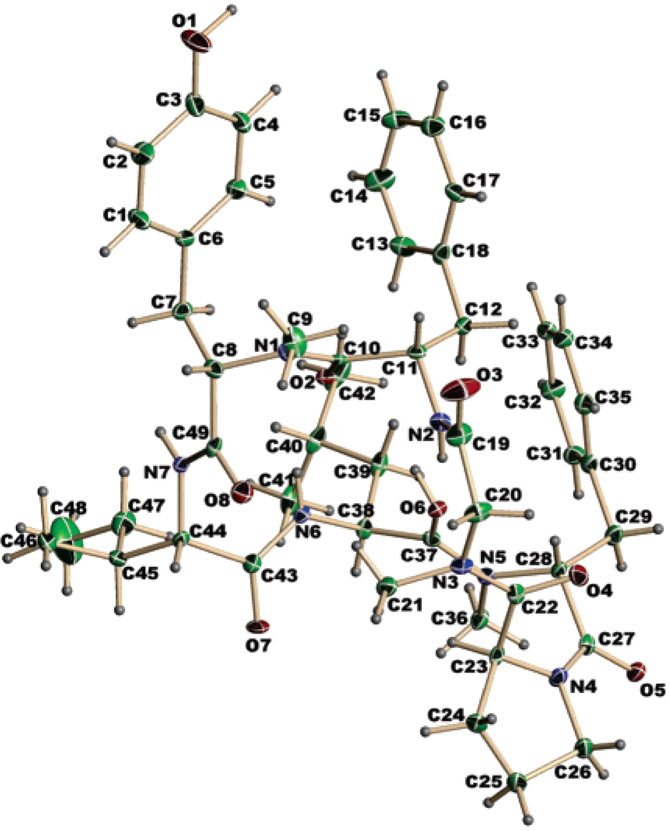 R. Russell M. Paterson / Phytochemistry 69 (2008) 1469–1495 which is prescribed for various diseases, such as cancer and related strain provided cordyheptapeptide A, cordyhepta- chronic inﬂammation (again note how vague this verbatim peptide B, and known ES-242s. The structures of the novel statement is). In this study, the novel eﬀect of cordycepin bioxanthracenes were 60-O-desmethyl analogues of the compounds described. Furthermore, cordyheptapeptide B reported. The data suggests that the inhibitory eﬀect of has an N-methyl-L-phenylalanine residue in place of the cordycepin might be associated with the down-regulation N-methyl-L-tyrosine. The isolation, structure elucidation, of [Ca2+]i and the elevation of cAMP/cGMP production.
and anti-malarial activity of ES-242s and their analogues This result has obvious signiﬁcance for prevention of from the insect pathogenic fungus Cordyceps pseudomilita- thrombus formation. Finally, cordycepin inhibited the ris (from a Lepidoptera larva) were reported previously.
growth of B16 melanoma cells inoculated subcutaneously Cycloheptapeptide, cordyheptapeptide A, and some known into right murine footpads ).
ES-242s were isolated from a Cordyceps strain from an Cordyheptapeptide A ), a novel cycloheptapep- elaterid larva.
tide, was isolated from a strain of Cordyceps together with In a continuing search for bioactive compounds from four known bioxanthracenes. There were only two previ- insect pathogenic fungi it was noticed that culture extracts ous reports on the isolation of cyclic peptides from this of six Cordyceps strains, collected in the same location genus and these were from C. militaris and CS. The metab- (from Coleoptera larvae, at Doi Innthanon National Park, olite exhibited anti-malarial activity against Plasmodium Chiang Mai Province, Thailand), showed similar 1H NMR falciparum and cytotoxicity to Vero cell lines. Also, the spectra. This suggested the presence of bioxanthracenes anti-malarial and cytotoxic activities of the bioxanthrac- (ES-242s) and cordyheptapeptide A as major constituents.
enes were reported ().
Two of these strains were subjected to mass fermentation In an extensive and impressive report, compounds desig- (15 L) and chemical investigation. As a result, ﬁve new nated as ES-242s, were isolated from a Verticillium strain ES-242 analogues and nine known compounds and cordy- and identiﬁed as bioxanthracenes ().
heptapeptide A were isolated from an undeﬁned strain.
These compounds were known to exhibit potent activity Cordyheptapeptide B, was isolated, together with other as N-methyl-D-aspartate (NMDA) receptor antagonists.
known compounds. Some of these were tested for activity In addition, ﬁve novel ES-242 analogues were isolated with against P. falciparum and cytotoxicity to KB cells (oral nine known compounds from a Cordyceps strain. A closely human epidermoid carcinoma), BC cells (human breastcancer), NCI-H187 cells (human small cell lung cancer),and noncancerous Vero cells (African green monkey kid-ney ﬁbroblasts). Cordyheptapeptide A exhibited anti-malarial activity, while cordyheptapeptide B was inactiveand both cyclic peptides showed moderate cytotoxicity.
Furthermore, cordyformamide is a plausible biogeneticprecursor of xanthocillin Y, and was isolated from a cul-ture broth of Cordyceps brunnearubra BCC 1395. Cordy-formamide was found to exhibit activity against P.
falciparum, whereas it showed weak or no cytotoxicity).
Production of the nonribosomal peptides cicapeptins I and II () were reported by which was the ﬁrst report from fungi of consecutive Hypor Pro residues in a nonribosomal linear peptide. The com-pounds exhibited anti-bacterial and anti-fungal activity.
A novel immunosuppressant was isolated from the cul- ture broth of Isaria sinclairii, the anamorph of C. sinclairii,and characterized as (2S,3S,4R)-(E)-2-amino-3,4-dihy-droxy-2-hydroxymethyl-14-oxoeicos-6-enoic acid, whichwas identical to anti-fungal substances, myriocin and ther-mozymocidin The suppressive activitywas found to be equal to, or higher than cyclosporin Awhich is used clinically. The activities of the 10 derivativeswere also examined, indicating the following relationshipsbetween structure and activity – the: (a) lactone formationbetween the carboxy group at C-1 and the hydroxy groupat C-4, and the reduction of the carbonyl group at C-14 Fig. 3. ORTEP view of cordyheptapeptide A to the hydroxy group do not aﬀect the suppressive activity; (b) hydrogenation of the double bond at C-6 resulted in 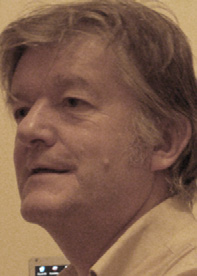 the times Saturday October 11 2014 the times Saturday October 11 2014 6 Body + Soul Body + Soul 7 The good back guide: what the experts do to beat the pain Almost 80 per cent of us suffer back pain "The simplest thing to do is go hands- will still function as a paperclip. People You could also try standing on one free or use a head set," Loatey says.