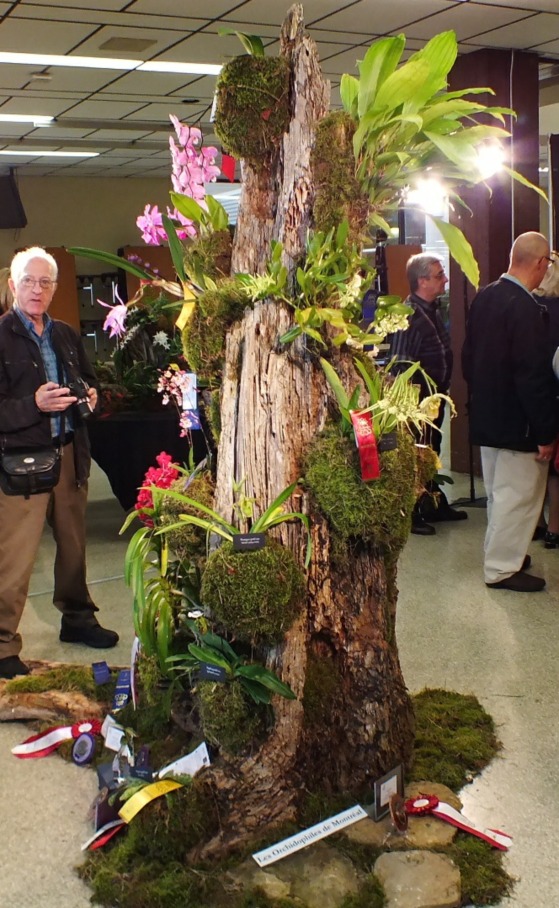 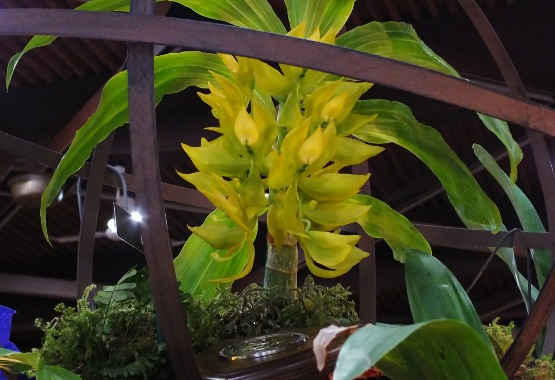 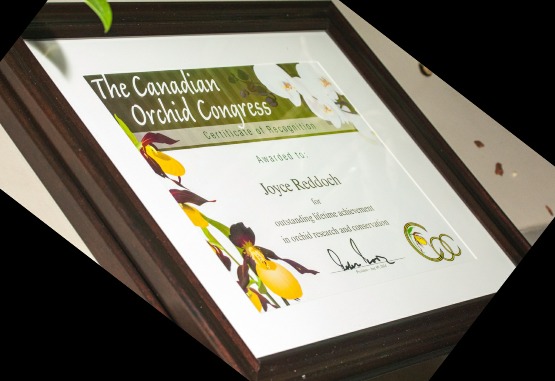 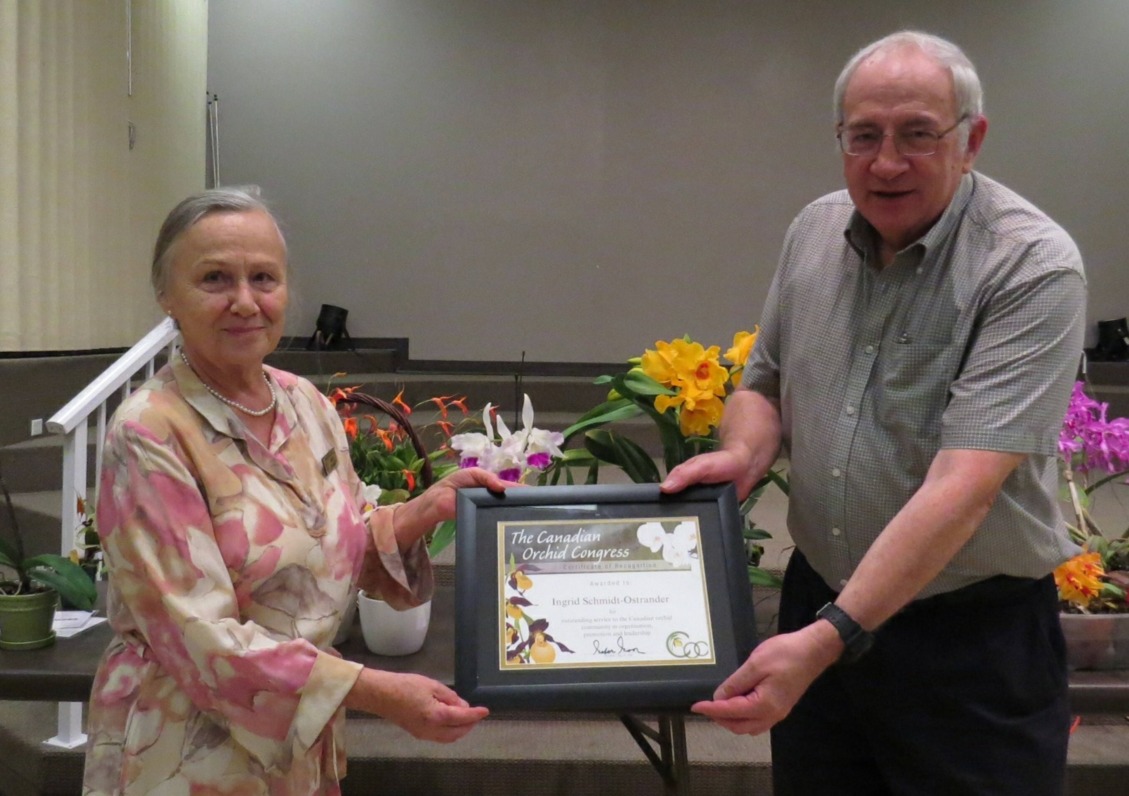 Ingrid Ostrander has been given this award for In 1995 she was accepted by the American Orchid outstanding service to the Canadian community in Society as an accredited judge. Since then she assisted in organization, promotion or leadership. The Certificate establishing the Richmond BC AOS judging center, was presented to her by VicOS President, John Taylor, at served as the Pacific Northwest Center Secretary for nine the September General Meeting.
years and served as an AOS judging chair numeroustimes throughout Canada .
Ingrid has been a dedicated orchidist for at least the past30 years. She was a founding member of the Orchid She was instrumental in setting up the British Columbia Society of Alberta (Edmonton), serving as President for Orchid Congress by organizing the four main societies two years and the sponsor of the Ostrander Service of southwestern BC into a cohesive unit, including working on a comprehensive show flower classschedule.
In the Victoria Orchid Society she was President threetimes for a total of six years. Ingrid was a mentor to As an author she has written or translated over 100 dozens of Society members with her unbridled essays on orchids that have a permanent home on the enthusiasm about orchids and orchid lore. She was COC website and has had several articles published in instrumental in hosting the COC annual meeting during AOS Magazines.
2001 spring show, having served as Show Chair 16 timesin Edmonton and Victoria.
As an orchid hobbyist Ingrid has bred her own hybrids,naming a few, some of which have received AOS awards Ingrid was a founding member of the Canadian Orchid and altogether has accumulated 29 awards for her Congress and while President worked on its incorporation and the group insurance plan. She initiatedthe popular Canadian culture sheets, and together withher late husband, Will, did the artwork.
COCNews November 2014 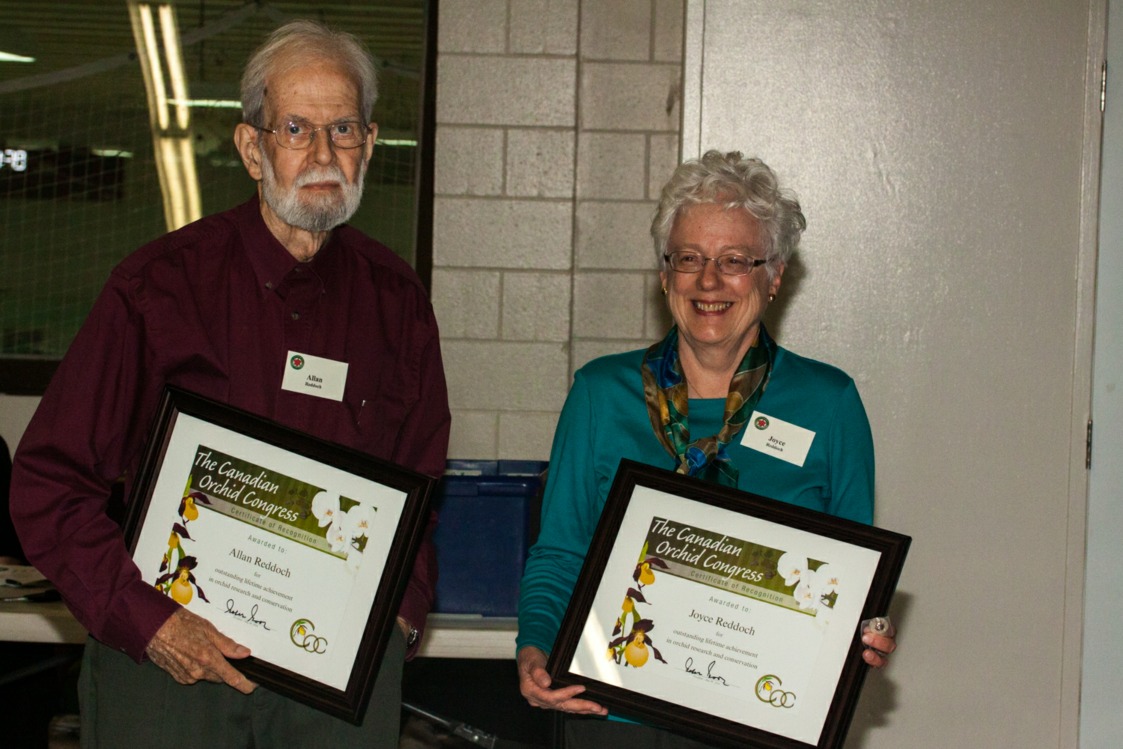 Over the past 49 years, Joyce and Allan Reddoch, members of the Ottawa Field-Naturalist' Club, haveparticipated in the Native Orchid Location Survey in the Ottawa District where they have, as volunteers,monitored orchid populations in Gatineau Park and elsewhere to obtain data and to document life histories ofsome 20 species. This represents collectively the largest assemblage of long term orchid studies in Canada.
Herbarium specimens have been collected, and data published in scientific papers. Their monograph, Theorchids in the Ottawa District: floristics, phytogeography, population studies and historical review, waspublished in 1997. Detailed studies of Goodyera pubescens, G. tesselata, Platanthera hookeri, and Spiranthescasei as well as documentation of the impact of flooding, herbivory, and drought on selected orchid populationsand habitats have provided a foundation for future conservation initiatives. As Joyce and Allan bring theirorchid longevity studies to a close, we should recognize the rare dedication, conservation and publicationlegacy that their effort represents for Canadian wild orchids.
Reddoch, J.M and A.H. Reddoch, 1997. The orchids in the Ottawa District: floristics, phytogeography,population studies and historical review. Canadian Field-Naturalist 111: 1 – 185.
Reddoch, J.M and A.H. Reddoch, 2007. Population dynamics, and flowering synchrony of Goodyera pubescens(Orchidaceae) in southwestern Québec. Journal of the Torrey Botanical Society 134: 379 – 388.
Reddoch, J.M and A.H. Reddoch, 2009. Phenology, population dynamics, and flowering dynamics of Case'sLadies'-tresses, Spiranthes casei var. casei, (Orchidaceae) in Ottawa, Ontario. Canadian Field-Naturalist 123:19 – 31.
Reddoch, J.M and A.H. Reddoch, 2014. Orchid longevities in Gatineau Park: Final Summary. Trail andLandscape 48: 62 – 67.
COCNews November 2014 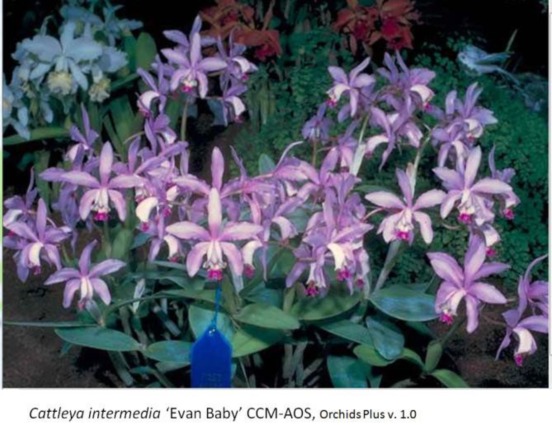 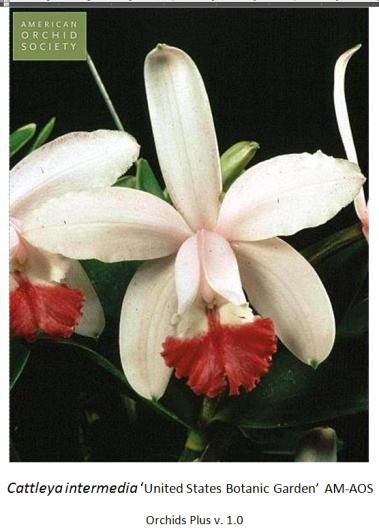 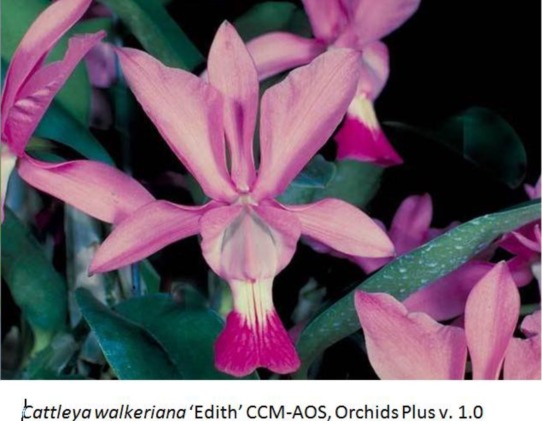 INSTALLATION AND MAINTENANCE MANUAL Original instructions MAN3300010 rel. 03 dated 27.09.2011 www.rheavendors.com Caffè Europa by this manual is intended to describe the Caffè Europa vending machine in its three versions: basic, multimedia and multitouch; by using the same basic components, the three machines differ from each other in components and in the