flow cytometry in Guava EasyCyte Plus platform. BSA labeledwith FITC containing the same amount of fluorescence wasused as a control.
DNA and RNA extraction.
Uninfected and JCV-infected B cells in T25 flasks were washed with PBS, were counted, andan aliquot of 0.25 million cells in duplicate were either frozenfor DNA extraction or lysed with 350 mL of RLT plus bufferfor RNA extraction (Qiagen) and stored at ⫺80C. RNA wasisolated using protocols reported elsewhere [32]. Additionally,100 mL of DNA was extracted using the Qiagen QIAprep SpinMiniprep Kit from each 0.25 million cells harvested at differenttime points, according to the manufacturer's protocol.
Quantitation of viral DNA and mRNA transcripts and re-
verse transcription PCR.
Two microliters of template DNA or complementary DNA were amplified and quantitated in theBio-Rad's iCycler iQ Multicolor Real-Time PCR Detection Sys-tem with use of primers, probes, and protocols described else-where [39]. Copies of JCV TAg or VP-1 genomes or mRNAtranscripts in experimental samples were calculated from thestandard curve and expressed as copies of viral genome per250,000 B cells or mRNA transcripts per microgram of totalRNA [32, 39].
JCV infection of B lymphocytes is nonproductive.
1 genome copies recovered from 2.5 ⫻ 10 infected B cells de- creased 11000-fold from day 0 to day 20 after infection (Figure1A) and neither early (TAg) nor late (VP-1) mRNA transcripts Figure 1.
JC virus (JCV) infection of B cells is nonproductive. Epstein- were detected (data not shown), suggesting that JCV infection Barr virus–transformed B cells ( 2.5 ⫻ 10 ) were infected with 250, 1000, or 2500 HA units of JCV(Mad1) for 2 h, and aliquots of of B cells is nonproductive. Our quantitative PCR and quan- were harvested at days 0 (2 h), 5, 10, 15, and 20 after infection. A, DNA titative reverse transcription PCR assays were sensitive and con- was extracted from 2.5 ⫻ 10 cells, and VP-1 DNA was amplified and sistently detected as low as 10–100 copies of JCV DNA and quantitated by quantitative polymerase chain reaction. VP-1 DNA genome mRNA transcripts, respectively [31]. Because JCV infection of copies decreased exponentially from days 0 to 20 after infection. B, Trypsin EBV-transformed B cells did not result in viral genome repli- treatment had no effect on further reducing the JCV genome copies at cation or transcripts expression, it is possible that JCV might any time point. JCV VP-1 genome copies recovered from 25, 100, or 250HAU of JCV equivalent used to infect 250,000 B lymphocytes was shown have remained associated with the B cells by attaching to the for comparison. ID, infection dose.
cell membrane and might not have entered the B cells. To testthis hypothesis, 2.5 ⫻ 10 B cells were inoculated with 250 HAU of JCV and incubated for 2 h at 37C. After incubation, the cells were incubated with 125, 250, 500, or 1000 HAU of JCV cells were washed twice with PBS and trypsinized for 10 min per million B cells, ∼1.5%, 1.7%, 3.9%, or 7.7% of B cells, with 0.5, 5, or 50 mg/mL of trypsin or with PBS alone, followed respectively, were infected with JCV (Figure 2A–2D).
by 2 washes of PBS. Cells were cultured for up to 10 days. On We further characterized JCV infection of EBV-transformed days 1, 5, and 10, 2.5 ⫻ 10 trypsin-treated and untreated B B cells with use of FITC-labeled JCV. B cells and human brain cells were harvested, and JCV VP-1 DNA was amplified and microvascular endothelial (HBMVE) cells were either infect- quantitated by quantitative PCR. The data demonstrate that ed with FITC-labeled JCV (Figure 3E–3P) or inoculated with trypsin treatment had no significant effect in further reducing FITC-conjugated BSA (FITC-BSA) containing the same amount the JCV genome copies (Figure 1B), suggesting that JCV indeed of fluorescence (Figure 3A–3D) and were examined by immu- entered into the B cells.
nofluorescence microscopy. Interestingly, all FITC-labeled JCV Moreover, by infecting EBV-transformed B cells with FITC- virions were seen inside the HBMVE cells (Figure 3O–3P), labeled JCV and by employing flow cytometry, we confirmed whereas FITC-labeled JCV virions appeared to be inside the B that JCV infects B cells in a dose-dependent manner. When B cells and on the B cells surfaces (Figure 3G–3H and 3K–3L).
186 • JID 2010:202 (15 July) • Chapagain and Nerurkar 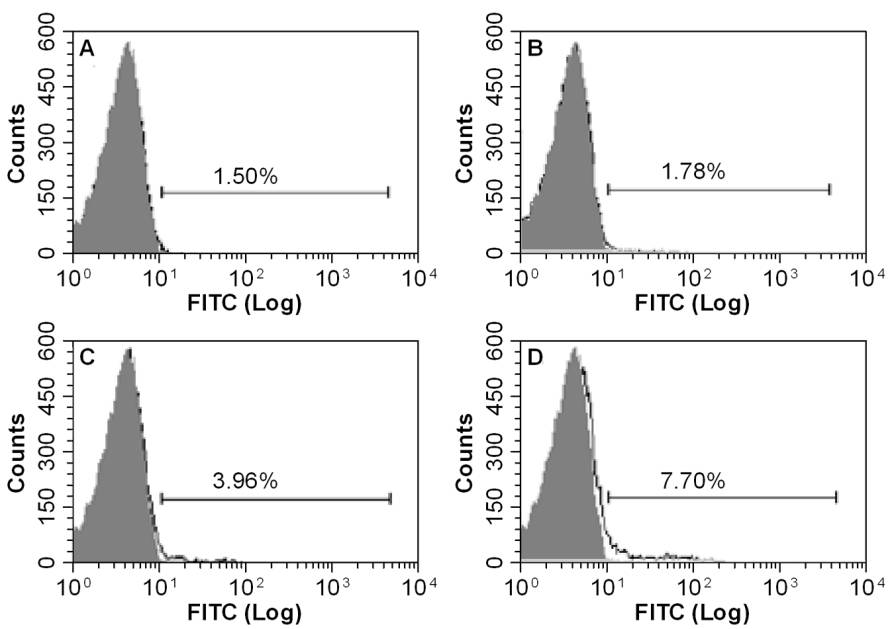 Figure 2.
JC virus (JCV) infection of B cells is dose-dependent. One million Epstein-Barr virus–transformed B cells were incubated with 125 (A), 250 (B ), 500 (C ), or 1000 (D ) HAU of fluorescein isothiocyanate (FITC)-JCV or with equivalent fluorescence-containing bovine serum albumin (A–D ),similarly labeled with FITC (gray-filled histogram) as a control for 2 h, washed with phosphate-buffered saline, and subjected to flow cytometry.
These data confirm that JCV indeed infects the B cells. However, DNase-treated and DNase-untreated cells, DNA concentration in contrast to HBMVE cells where VP-1 and T antigen proteins was measured, and JCV VP-1 DNA was quantitated by quan- were observed predominantly in the cell nucleus [32], our re- titative PCR. Figure 4A demonstrates that the total cellular DNA peated attempts to demonstrate T antigen and VP-1 proteins recovered from the B cells increased ∼16-fold (mean  stan- expression in the B cells failed, and it is unlikely that JCV infection dard deviation, 10.7  1.5 to 170.9  21.1 mg/mL) from days of B cells is productive. Collectively, our data demonstrate that 0 to 15 after infection, suggesting that the B cells were actively JCV infects the B cells; however, JCV infection of B cells is replicating. However, mean JCV VP-1 DNA copies/well ( standard deviation) decreased ∼11-fold ( 18.0  8.6 ⫻ 10 to Infectious JCV virions persist in the B cells.
16.0  7.5 ⫻ 10 copies/well) from days 0 to 15 after infection, data suggest that JCV infects EBV-transformed B cells but does further confirming our observation that JCV infection of B not replicate in these cells, intact virus must survive inside the cells is nonproductive. Although DNase treatment was very B cells long enough to be trafficked across the blood-brain effective and reduced the total cellular DNA recovered from barrier and must then have a mechanism to be released to JCV-infected B cells, up to 96% (mean  standard deviation, infect susceptible cells, particularly the oligodendrocytes. How- 170.9  21.1 to 6.9  1.7 mg/mL) on day 15 after infection ever, our data suggest that JCV genome copy numbers rapidly (Figure 4A), DNase treatment had very little effect on the JCV decrease in the EBV-transformed B cells after infection, and it VP-1 DNA copies recovered from the B cells (Figure 4B). These was unclear whether the decrease in viral genome was the result results suggest that JCV virions in the B cells remain intact for of degradation of viral DNA inside the B cells or merely a result at least 15 days after infection and are protected from DNase of a dilution effect of replicating B cells, because in vitro EBV- transformed B cells replicate rapidly. To address this question, To further verify that JCV virions inside the B cells were 2.5 ⫻ 10 EBV-transformed B cells with 250 HAU infectious, JCV-infected B cells or lysates after infection of B of JCV for 2 h. After a wash, 2.5 ⫻ 10 cells were seeded in cells with JCV for 24 h were further cocultured for an additional each well of a 24-well plate, were cultured, and all cells from 24 h with naive PHFG cells. After 24 h coculture, the PHFG each well were harvested at each time point. The cells were cells were washed; cells were harvested at days 5, 10, and 15 freeze-thawed 4 times to mechanically lyse the cells, and trip- and were analyzed for viral late gene (VP-1) expression. Al- licate samples at each time point were either left untreated or though no viral transcripts were recovered from PHFG cells treated with 125 U/mL of DNase for 1 h at 37C to digest cocultured with uninfected B cells (data not shown), JCV VP- genomic and free viral DNA. The DNase-treated cells were heat 1 mRNA transcripts increased 1100-fold in PHFG cells cocul- inactivated at 75C for 10 min, DNA was extracted from both tured with JCV-infected B cells or JCV-infected B cells lysate, JCV Infection of Human B Lymphocytes • JID 2010:202 (15 July) • 187 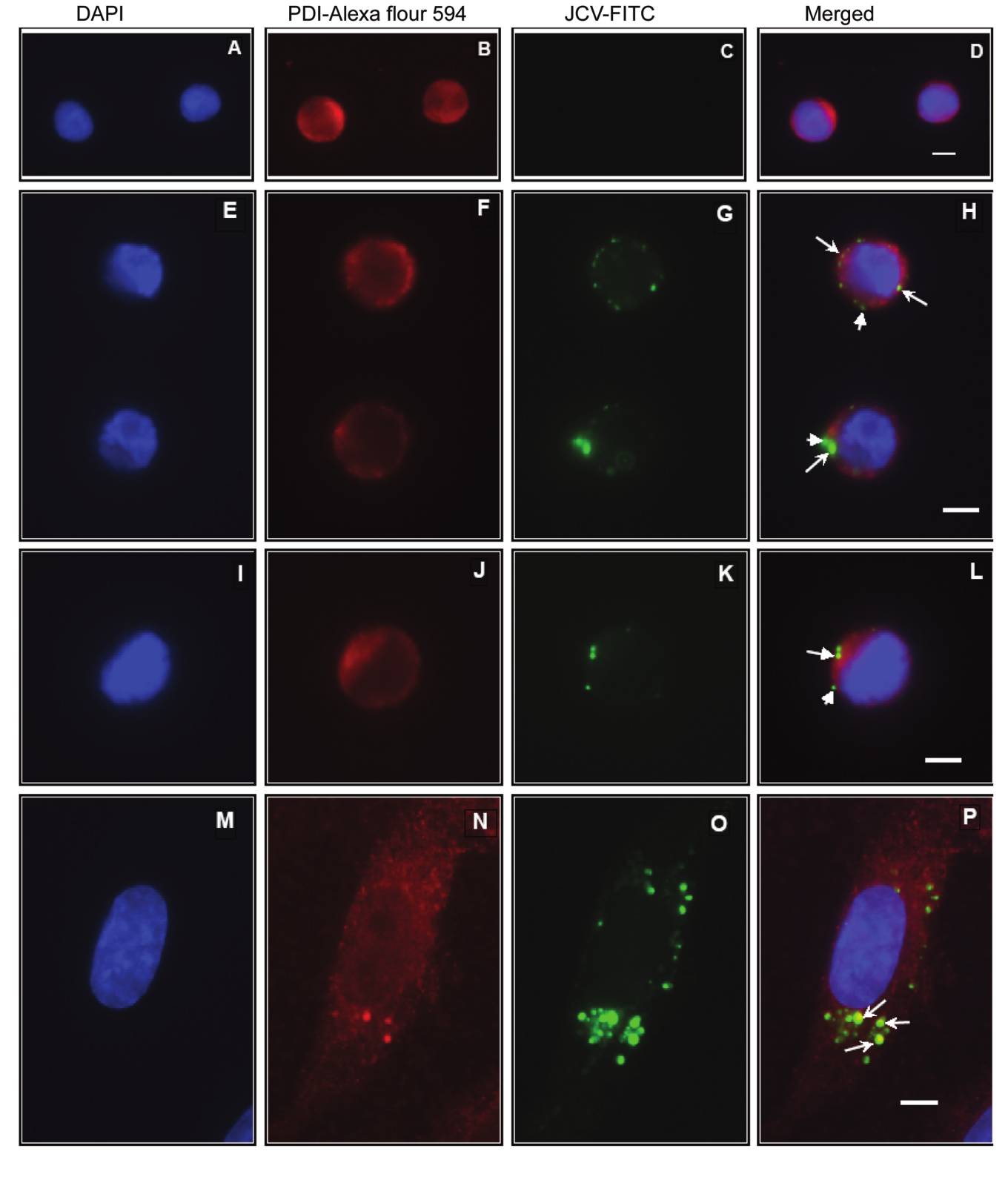 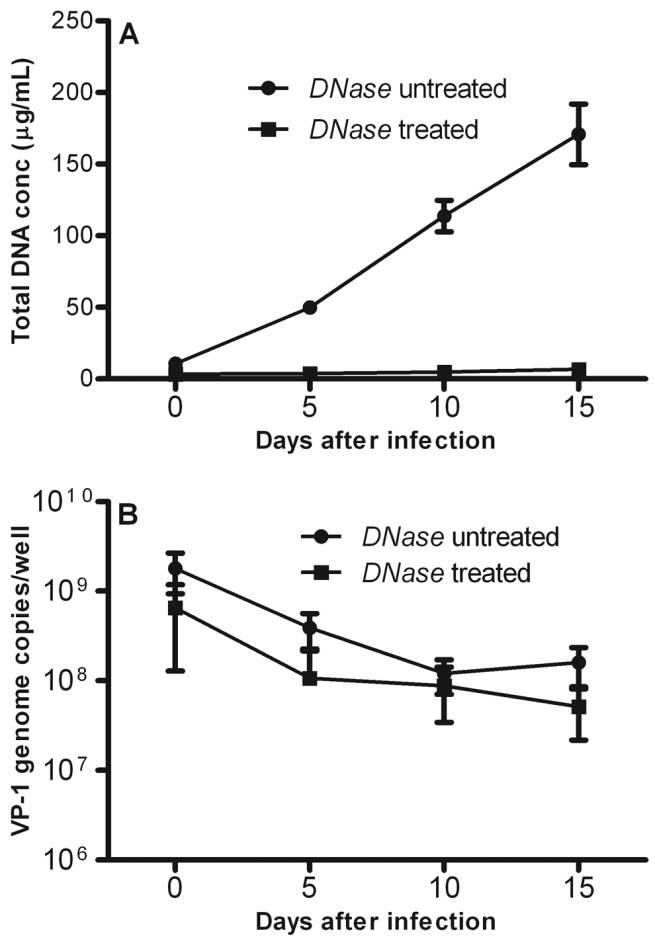 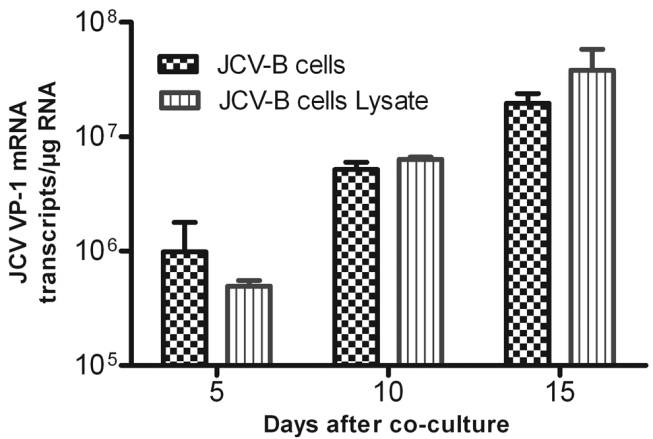 & the Authority of Christ by Russell D. Moore Counseling and the Authority of Christ: A New Vision for Biblical Counseling at The Southern Baptist Theological Seminary "And they were astonished at His teaching, for He taught them as one having authority, and not as the scribes." [Mark 1:22 ESV] The story of The Southern Baptist Theological Seminary is seen most clearly not in