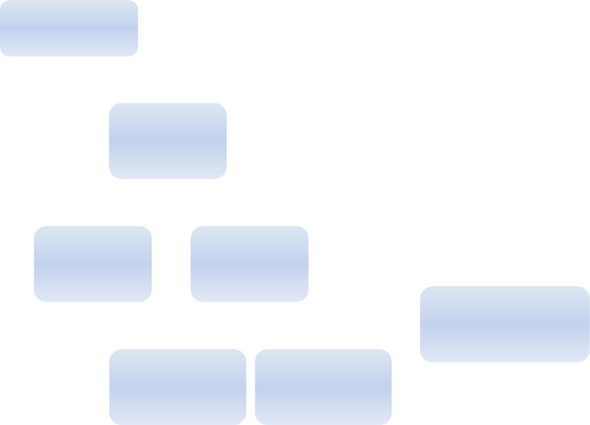 J Assist Reprod Genet started at 20°C and ran as follows: temperature was taken to Before FET, embryos were rechecked for viability, placed −7°C at a rate of 2°C/min and manual seeding was performed in pre-equilibrated Universal Transfer Medium (UTM) and by touching the extremes of the straw with a nitrogen-cooled loaded into an appropriate catheter (Frydman or TDT, Labo- forceps. From that point on, the temperature was slowly ratoire CCD, Paris; or Sydney IVF embryo transfer set, Cook decreased at 0.3°C/min to −30°C. A final and very fast drop OB/GYN, USA). Regarding mitotic activity, three types of to −150°C was accomplished decreasing the temperature at a FETs occurred: FETs in which all embryos transferred had rate of 50°C/min. Straws were then plunged into liquid nitro- cleaved during the culture period (with observed mitosis); gen and stored until thawing.
FETs in which none of the embryos transferred had cleaved Rapid thawing was achieved by quickly placing the straws during the culture period (without observed mitosis); and on hand for a minimum of 30 s. Embryos were then dis- FETs in which some of the embryos had and some had not charged to a 4-well dish and washed from the cryoprotectants cleaved during the culture period. In this last group of FETs, at room temperature, using sequential thawing media embryos could not be assigned to either group and were (Medicult/Origio embryo thawing pack). According to their considered non-informative regarding mitotic resumption. In developmental day upon freezing, embryos were placed in the short culture group, mitotic activity was not assessed due appropriate medium, checked for blastomere survival under to biological inadequacy of such observation (Fig. an inverted microscope and incubated until transfer. Long Clinical pregnancy was defined by the presence of a post-thaw incubation consisted of an overnight culture for an gestational sac with a fetal heartbeat on ultrasound exami- 18–24 h period before transfer. Short post-thaw incubation nation at 6 weeks of gestation.
consisted of a culture for a 2–5 h period before transfer.
Statistical analysis Uterine transfer of frozen-thawed embryos The primary efficacy endpoints were the implantation rate Embryo replacement to the uterus was performed following (IR—the number of gestational sacs per number of embryos endometrium preparation using Leucoprolide (Decapetyl transferred) and the live birth rate per embryo (LBR/E—the depot 0,1 mg/ml, Ipsen Pharma Biotech, Signes, France)— number of newborns per number of embryos transferred).
a GnRH agonist, for hypothalamic suppression and 17β- Secondary efficacy endpoints were pregnancy, multiple preg- estradiol (Estrophem, Novo NordisK, Novo Allé, Denmark) nancy, gestational sac involution and delivery rates. In addi- in order to mimic the natural occurring estrogens until the tion, we looked into the relevance of observing mitotic activity endometrium reached 8 mm thick and the serum estradiol to implantation rate and the live birth rate per embryo.
levels reached ≥150 mg/dl. From this stage on, progesterone Differences between groups were tested with multiple (Utrogestan, Jaba Recordati, Sintra, Portugal) was added to linear regression for interval-measured endpoints and logis- the previous therapeutic scheme for endometrium support tic regression for binary endpoints. Whenever endpoints and embryo transfer was scheduled referred to episodes, analyses were clustered by subject Fig. 1 Flow chart summarizingthawed embryo accountabilityof the study. Implantation ratesand live birth rates per embryowere compared between thelong and the short culturegroups. These outcomes wereadditionally compared betweenembryos with observed mitoticresumption from the longculture group and embryoswithout observed mitosis bothin the long and short culturegroups 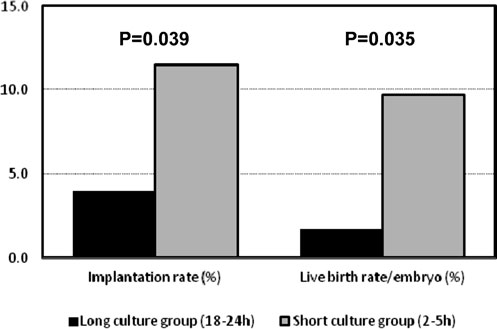