Current research in microbiology and biotechnology 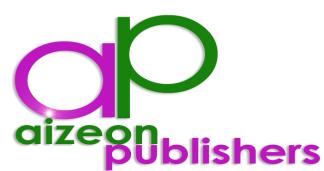 Prevalence and antibiotics sensitivity of
Staphylococcus aureus skin infection in children in
Khartoum, Sudan
Salwa A. Aboud1, Abdallah El-yamani1, Mohamed A. Hussain1,* and Aimun AE. Ahmed2,3 1 Department of pharmaceutical Microbiology, International University of Africa, Sudan. 2 Department of Pharmacology, Faculty of Pharmacy, Omdurman Islamic University, Sudan. 3 Department of Pharmacology, Faculty of Pharmacy, International University of Africa, Sudan. * Corresponding author: Mohamed A. Hussain; e-mail Received: 02 July 2015 Accepted: 23 July 2015 Online: 30 July 2015 ABSTRACT
Staphylococcus aureus has been reported to cause severe community-associated infections of skin and soft tissues that are especially prevalent in children. Recently S. aureus is increasingly becoming resistant to majority of the available antibiotics in use and subsequently have developed into a challenging public health problem. The aim of this study was to investigate the prevalence and antibiotic sensitivity of S. aureus skin infections in children. Clinical samples (n=212) of Pus and skin swabs were collected from patients enrolled from the out-patient department (OPD) of Khartoum dermatology and venereal teaching hospital over a period of 6 months. The samples were cultured on bacteriological media for the isolation of S. aureus using standard methods of isolation and identification of bacteria. Antibiotics sensitivity test was carried out using Kirby-Bauer Disk Diffusion Technique in accordance with Clinical and Laboratory Standard Institute (CLSI). 198 (93%) of the total samples showed abundant growth. Of these 150 isolates were identified as S. aureus. The most commonly diagnosed skin infection was impetigo accounting for 61 (30.8%) of the samples of which 48 (78.7%) isolates were S. aureus. Sex differences in the prevalence of S. aureus were not significant whilst age differences were significant. The most effective antimicrobial agent was gentamicin (97.3%) efficacy, then fusidic acid (78%) efficacy. The sensitivity of the rest antimicrobial agents were erythromycin (50%), amoxy-clav (21.3%) and
bacitracin (12.7%). The present study demonstrated that Staphylococcus aureus are important pathogens in the
context of skin infections. In addition, S. aureus is the main pathogen isolated from Impetigo. S. aureus isolates
showed a very low degree of sensitivity to B-lactam antibiotic and bacitracin indicating the ineffectiveness of
these antibiotics and need to re-assess the policies on antibiotic usage in hospital environment.
Keywords: prevalence, S. aureus, skin infection in children, antibiotic sensitivity, Sudan.

nature publishing group The CYP3A4*18 Genotype in the Cytochrome P450 3A4 Gene, a Rapid Metabolizer of Sex Steroids, Is Associated With Low Bone Mineral DensityYS Kang1, SY Park1, CH Yim1, HS Kwak1, P Gajendrarao2, N Krishnamoorthy2, S-C Yun3, KW Lee2 and KO Han1 Osteoporosis is influenced by genetic factors. The interindividual variability in the activity of CYP3A, the metabolic enzyme of sex hormones, may result from genetic polymorphisms. In a study of 2,178 women of ages 40–79 years, the presence of the CYP3A4*18 variant was found to be significantly associated with low bone mass. In vitro functional analyses indicate that CYP3A4*18 is a gain-of-function mutation in sex steroid metabolism, resulting in rapid oxidation of estrogens and testosterone; in vivo pharmacokinetics using midazolam (MDZ) verify the altered activity of the CYP3A4*18, showing lower metabolic turnover in the mutant than in the wild type. Molecular modeling reveals the structural changes in the substrate recognition sites of CYP3A4*18 that can cause changes in enzymatic activity and that potentially account for the difference between the catalytic activities of estrogen and MDZ, depending on the genotype. The results indicate that a genetic variation in the CYP3A4 gene—as a gain-of-function mutation in the metabolism of certain CYP3A substrates, including sex steroids—may predispose individuals to osteoporosis.