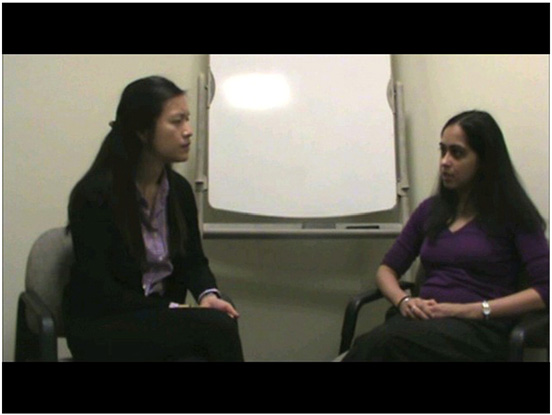 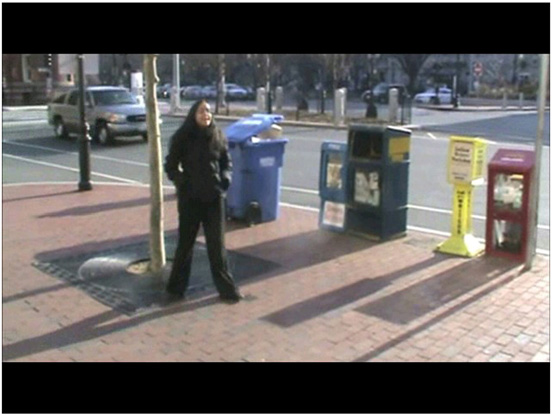 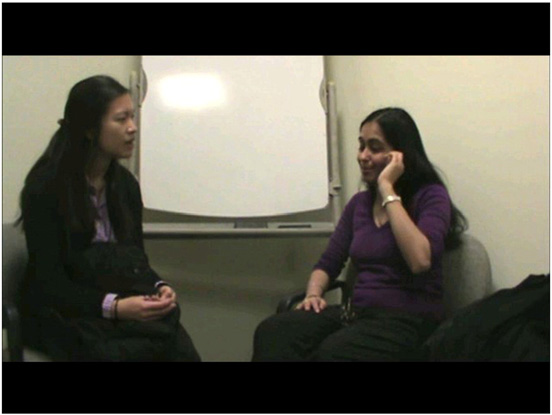 Table 1Examples of Social Mishap Exposures 1. Ask three people in the subway if they can spare $20.
2. Walk backwards slowly in a crowded street for three minutes.
3. Wear your shirt backward and inside out and buttoned incorrectly in a crowded store. Goal: Look three people in the eye.
4. Pay for an embarrassing item with change, and then state that you don't have enough and leave the store.
5. Approach people on the street asking if they can help you tie your shoelaces when you're wearing shoes without laces.
6. Recite "Twas the Night Before Christmas" in the subway 7. Go to a fast food restaurant and only order water, then spill the water, clean it up, and stay in the restaurant.
8. Ask multiple people in a specific and obvious location (e.g., right Video 1. Demonstrating how to set up an in-vivo social mishap outside XXX Park, or a T stop) where to find that location exposure with patient.
("Excuse me, I am looking for XXX Park").
9. Ask a staff member in Barnes and Noble for their opinion about whether to buy the Kama Sutra or the Joy of Sex, have along conversation about this, buy the books and then returnthem immediately.
10. Initiate conversations with/tell jokes to strangers in Barnes and Noble while wearing hair in a side ponytail with bandages onface.
11. Dance or sing in the street or subway wearing attention-grabbing 12. Call Barnes and Noble, ask to place on hold The Gas We Pass and Everybody Poops as well as a chocolate chip cookie fromthe in-house café.
13. Go to a hotel. Have the patient conduct a long conversation with the concierge about romantic vacation packages (askingabout in-room massages, arranging horse-drawn carriageride, etc.), book a package, and then cancel for no reason Video 2. Patient conducting in-vivo social mishap exposure in the except changing their mind.
presence of the clinician.
14. Go to every table in a crowded restaurant asking for Joe Smith.
15. Tell someone at B & N that you don't know how to read and ask them if they can read the back cover to you.
16. Approach group of people at bar or restaurant and ask if you can practice a best man's toast.
17. Enter a food establishment and interrupt people asking if they own a silver Camry because their car is being towed.
was encouraged to try out social mishap exposures that othergroup members had engaged in during the course oftreatment to target this fear (e.g., wearing bright coloredarticles of clothing, talking loudly into her cell phone in acrowded area, and opening her umbrella indoors).
Video 3. Demonstrating how to conduct postprocessing of in-vivoexposure.
Summary of Treatment At the end of treatment, Mary's LSAS score decreased to 38, which represented a 57.8% reduction of SADsymptoms from baseline. Mary continued to improve and symptom severity and maintenance of such progress even maintain her progress following acute treatment, as her 6 months later. Please see for a visual represen- LSAS scores indicated further improvements in SAD tation of Mary's outcome data at each time point. 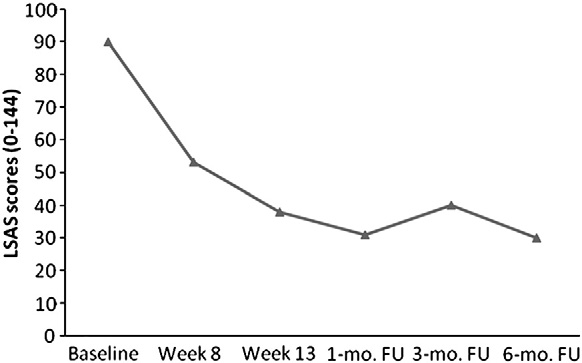