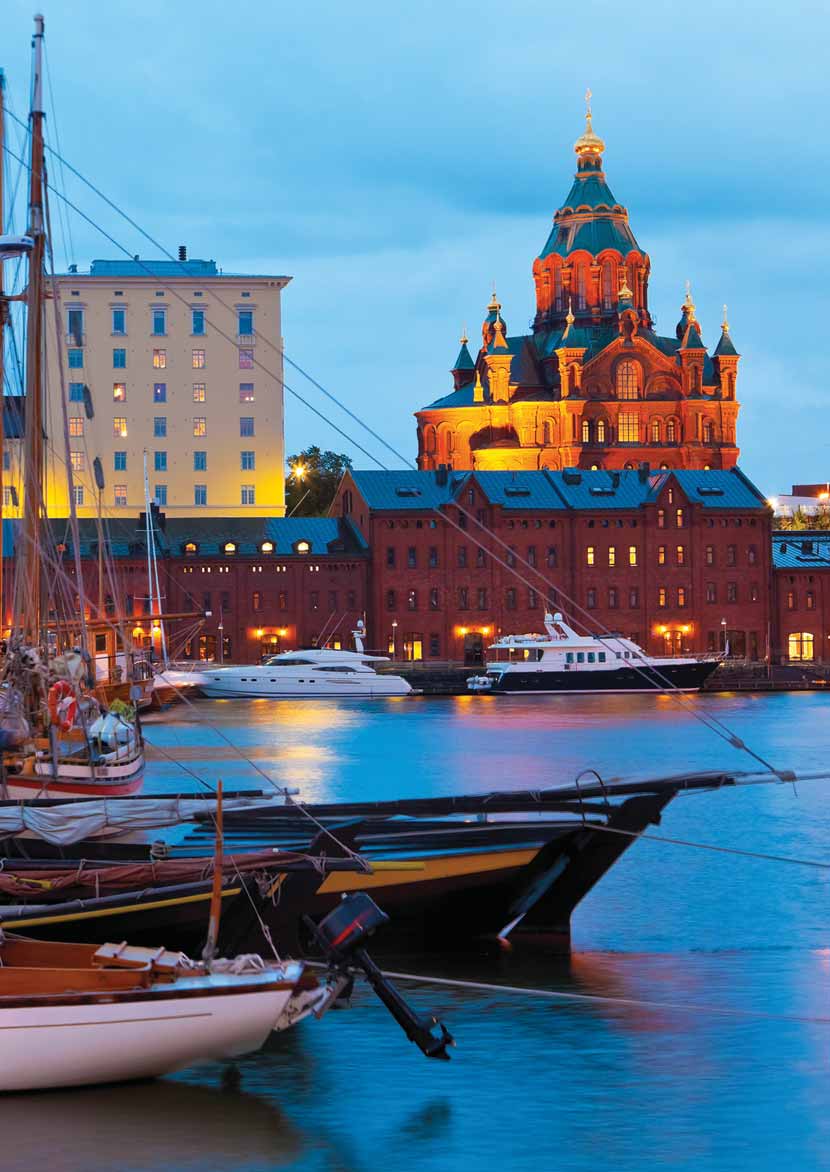 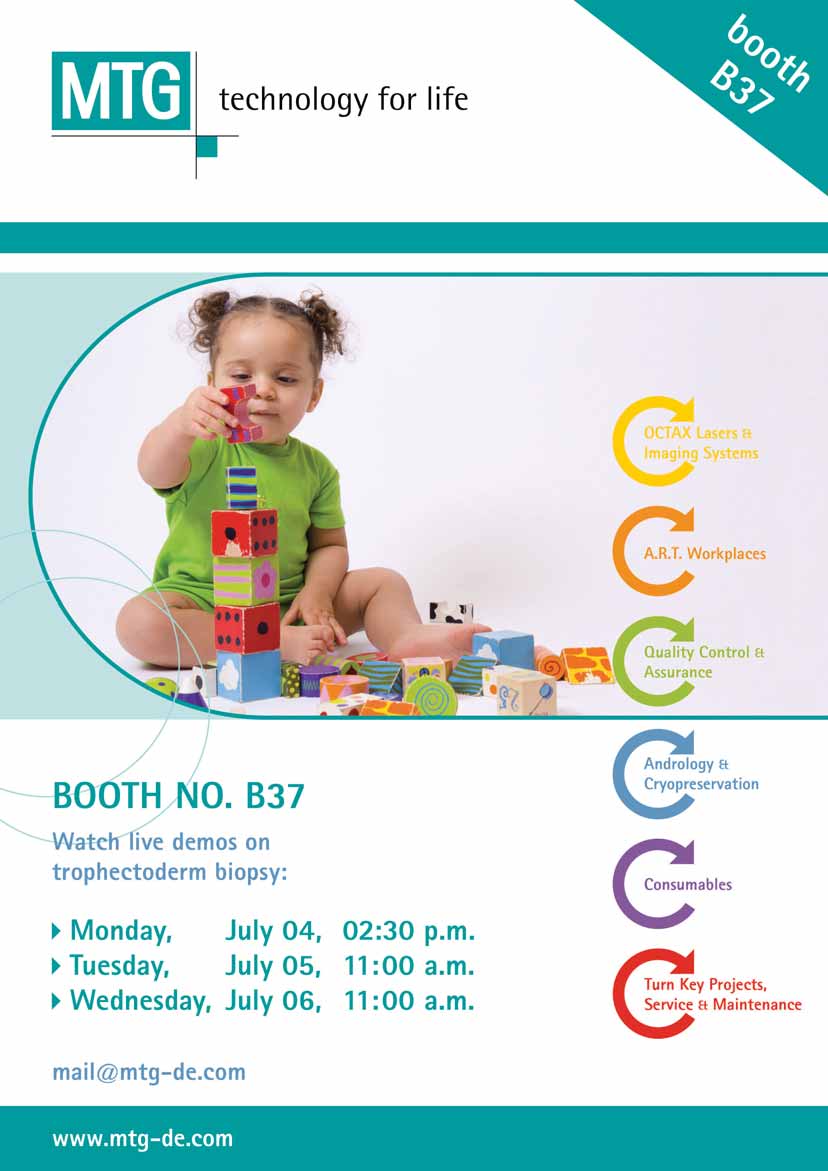 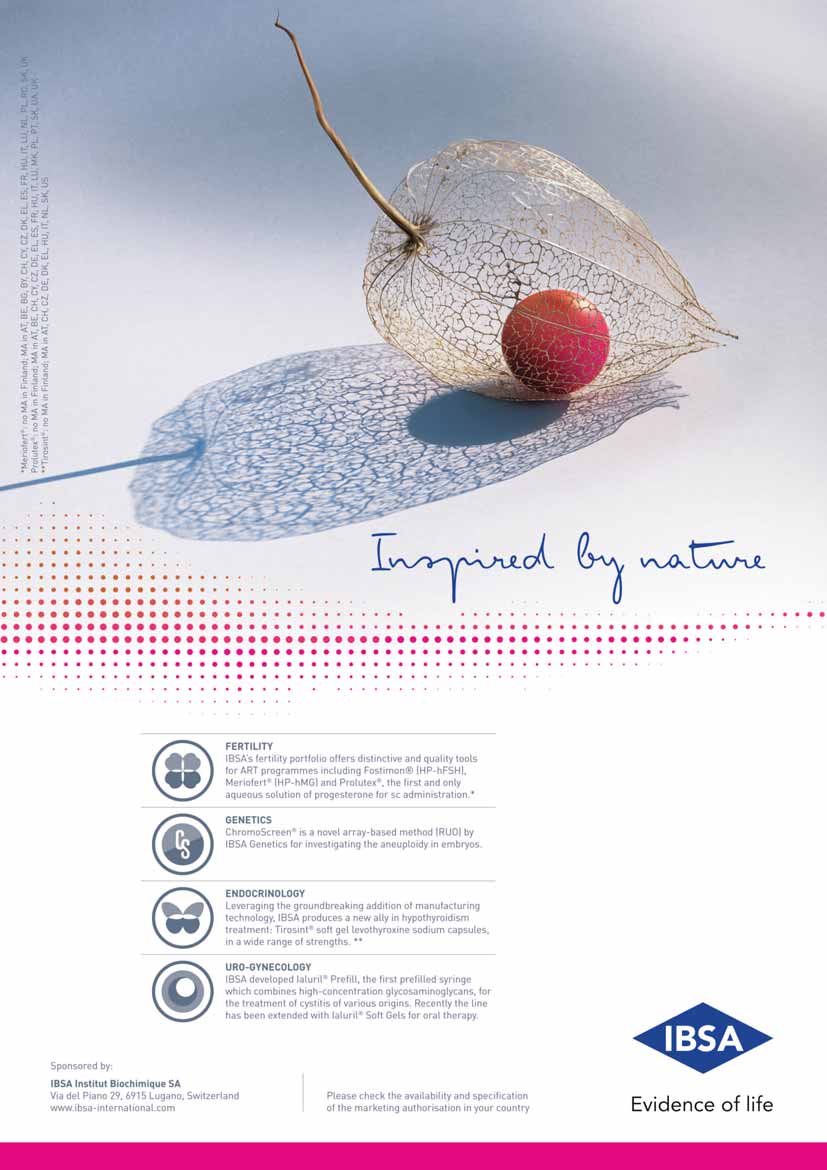 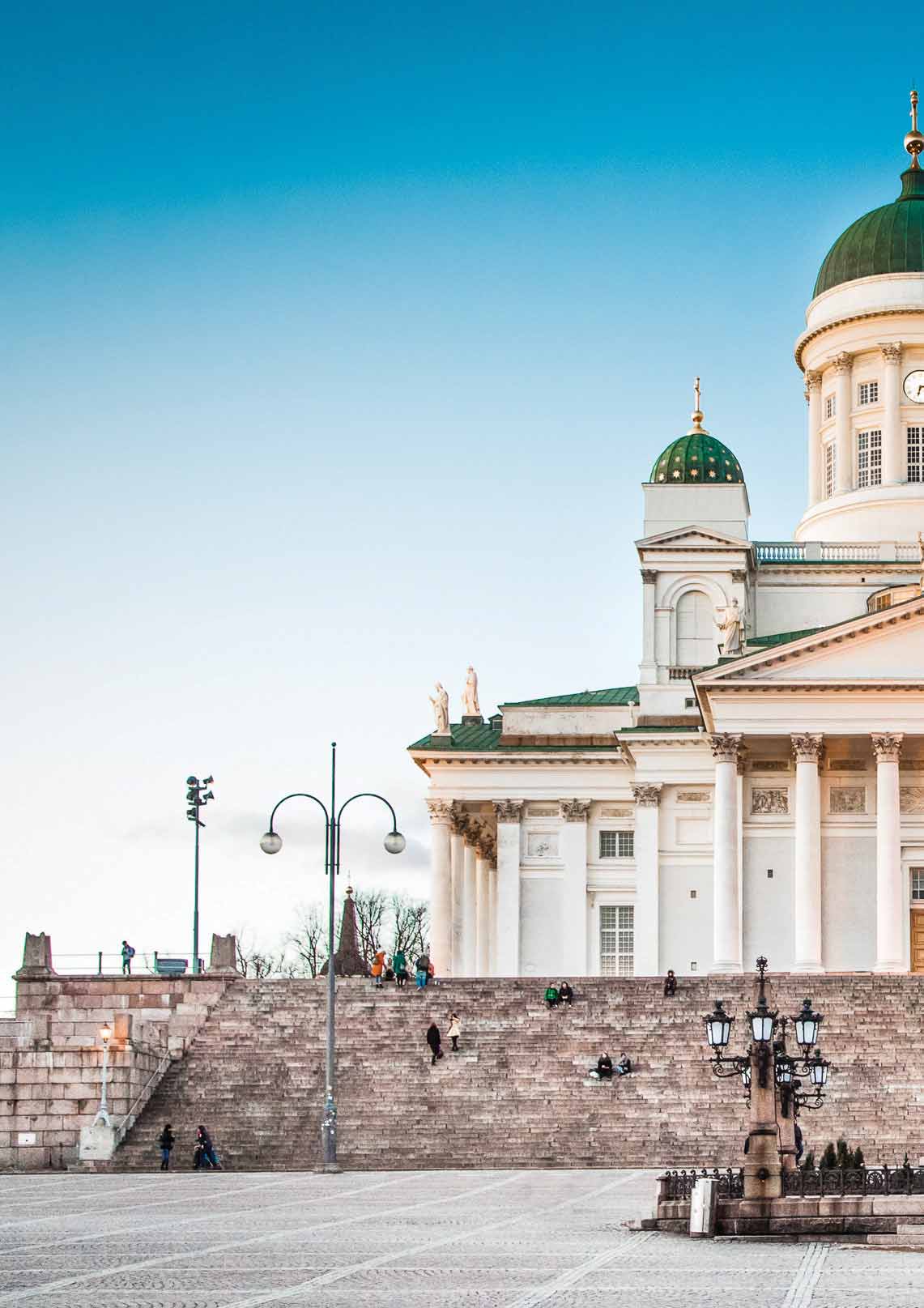 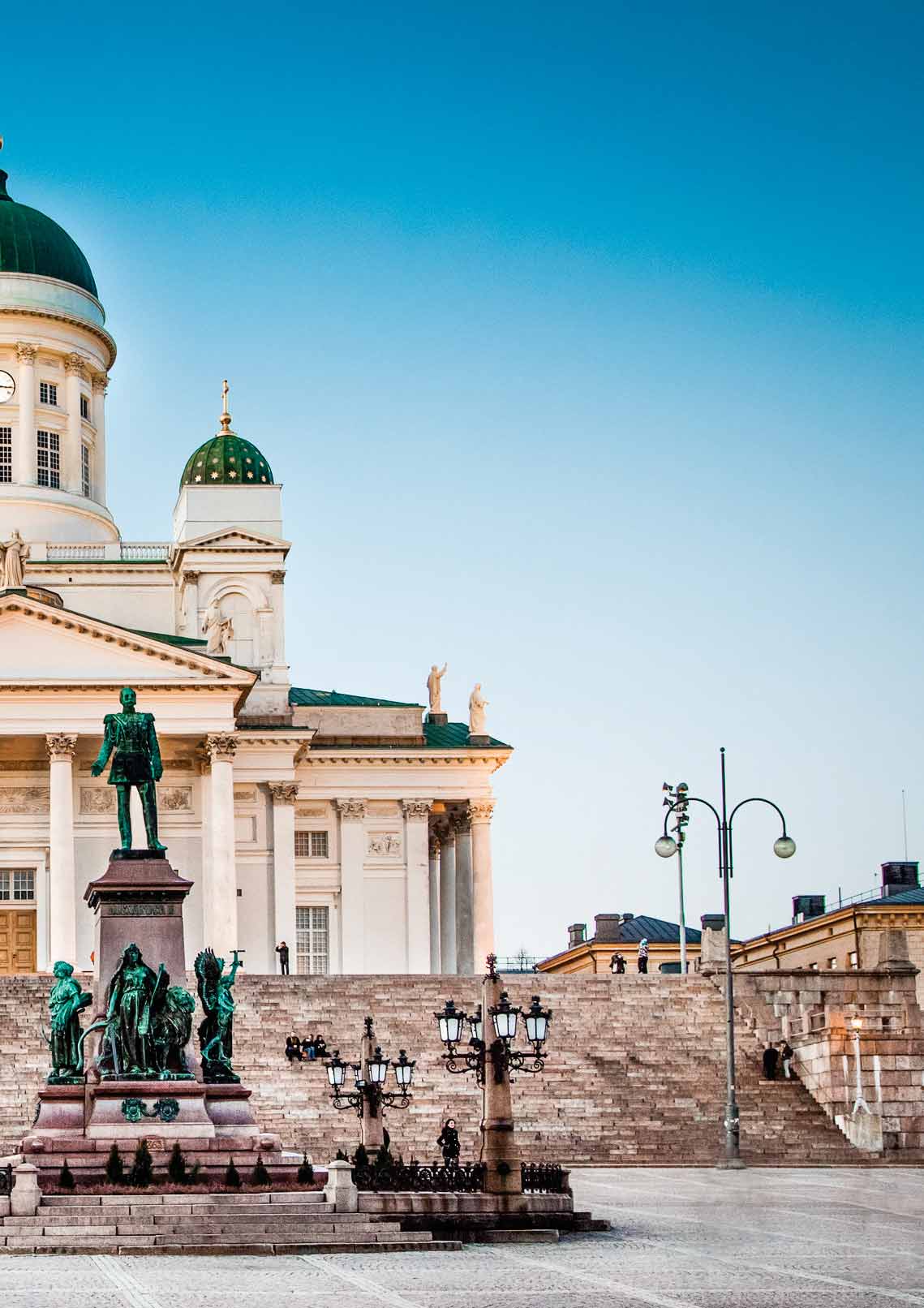 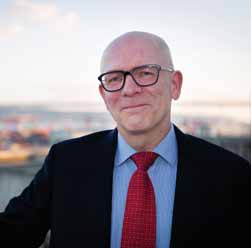 WELCOME TO HELSINKI The city of Helsinki and its local ESHRE members extend a warm welcome to all those who participate the 32nd Annual Meeting of the European Society of Human Reproduction and Embryology.
Over the past 30 years, the ESHRE Annual Meeting has grown to become a truly international event representing more than 100 different nationalities and with an attendance of around 9000 delegates.
The scientiﬁc committee has once again arranged a very interesting programme with invited sessions on different areas of human reproductive research and medicine designed to meet the interests of all participants. Precongress Courses offer a wide range of topics and the scientiﬁc and commercial exhibits will present the latest information in laboratory and clinical products.
In addition to the scientiﬁc programme, we also hope that we can tempt you to discover the host city with its maritime appeal. Helsinki has almost 100 kilometres of shoreline, around 300 islands and many interesting maritime attractions. The streets, parks and shopping areas are vibrant with lively activities throughout the day and are sure to offer something to everyone's liking. So please ﬁnd out what's going on in the city during your visit.
We hope you will be attending a wonderful meeting and we are determined to make your stay a welcoming and exciting experience.
Juha Tapanainen
On behalf of the Local
Organising Committee 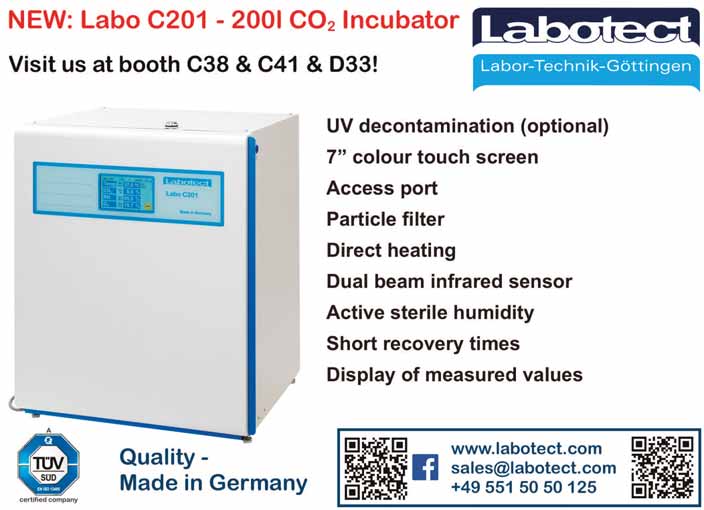 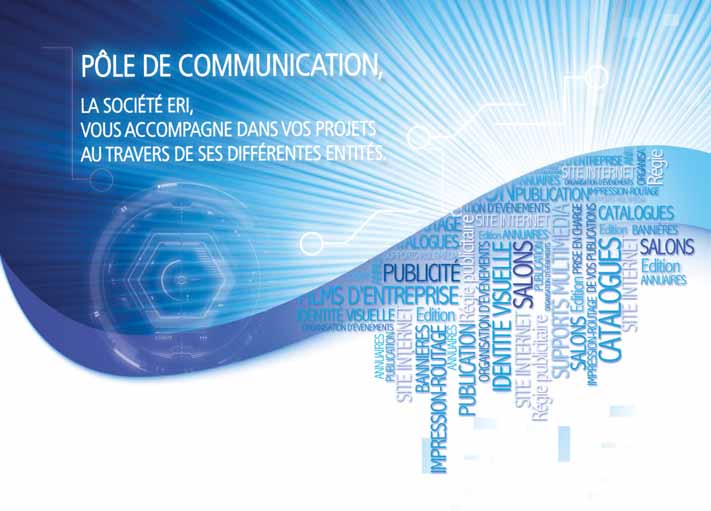 Therapeutic Hypothermia Annmarie Keck RN, CEN, EMT-B Clinical Outreach Educator History of Hypothermia Baron Dominique Jean Larrey, a surgeon in the Napoleonic army who invented the "flying ambulance" to rapidly rescue wounded soldiers from the field, described that during the Napoleonic wars wounded soldiers who were put close to a campfire died earlier than those who were not re-warmed.