For reprint orders, please contact [email protected]
Craniomandibular muscles,
intraoral orthoses and migraine
Elliot Shevel
Intraoral splints are effective in migraine prevention. In this review, changes in the quality of
life of migraineurs treated with a palatal nonoccluding splint were measured. Using the
Migraine Specific Quality of Life Instrument (Version 2.1), it was found that the palatal
nonoccluding splint significantly improved the quality of life of migraineurs. The role of the
craniomandibular muscles in the pathophysiology of migraine is also discussed.
Expert Rev. Neurotherapeutics 5(3), 371–377 (2005) Migraine is a common disorder with a life- Materials & method
Materials & method
time prevalence of 16% worldwide, and a last-year prevalence of 10% [1,2]. It may sig- In total, 152 patients, 117 female and 35 male, Discussion
nificantly diminish quality of life, even were admitted to the study. The inclusion between attacks, and impairs quality of life Expert opinion
more than diabetes, hypertension and osteo- • Age of onset of migraine before 50 years Five-year view
arthritis [3–5]. Although the pathogenesis of • Subjects with all or most of their own teeth, Key issues
migraine headache remains poorly under- and who did not wear a removable dental References
stood, current theories suggest a primary, possibly genetically determined, CNS dys- Affiliation
function to be involved. There is activation • History of migraine of 1 year or more, with of the trigeminovascular system at least one attack per week in the previous is comprised of the meningeal vessels, trigeminal nerve and trigeminal nucleus, in • Headache free between attacks particular the trigeminal subnucleus • A diagnosis of migraine without aura caudalis [8].
(i.e., group 1.1 in the guidelines laid down Tenderness and dysfunction of the crani- by the Headache Classification Committee omandibular muscles is a common finding of the International Headache Society) in migraine [9–15]. Intraoral interocclusal To make the diagnosis of migraine without orthoses, used in the treatment of cranio- aura, the following criteria must be met [27]: mandibular muscle dysfunction [16–21], arealso effective in preventing migraine A. At least five attacks fulfilling criteria B, C Their therapeutic muscle-relaxing effect is attributed to the fact that they encourage B. Headache attacks lasting 4–72 h (untreated the mandible to assume the physiologic rest or unsuccessfully treated) position, thereby altering habitual neu- C. Headache has at least two of the following The Headache Clinic, romuscular patterns within the mastica- characteristics: unilateral location, pulsat- Suite 256, P Bag X2600, tory muscles [21]. When a nonoccluding Houghton, 2014, South Africa ing quality, moderate or severe intensity palatal orthosis is worn, there is increased Tel.: +27 114 840 933 (inhibits or prohibits daily activities), Fax: +27 114 840 982 resting length and relaxation of the cranio- aggravated by walking up stairs or similar mandibular muscles [25,26]. This study routine physical activity determined the effect of wearing a nonoc- KEYWORDS:
D. During the headache at least one of the fol- craniomandibular, migraine, cluding palatal orthosis on the quality of lowing: nausea and/or vomiting, muscle dysfunction, orthosis life of migraineurs.
photophobia and phonophobia 2005 Future Drugs Ltd 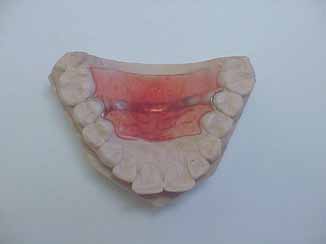 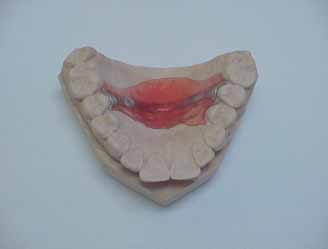 More than twenty years ago, four college students asked each other: What if we could offer children from under-resourced communities individualized attention before they enter kindergarten, giving them the critical academic and social skills—the ‘jumpstart'—they need to succeed? The idea took hold and by 2015, Jumpstart had trained more than 40,000 college students and community volunteers, preparing over 87,000 children for kindergarten success. Jumpstart's program is replicated across the country in 14 states and the District of Columbia. We leverage partnerships with higher education institutions, Head Start, community-based preschools, and school districts to create sustainable solutions in order to close the kindergarten readiness gap.