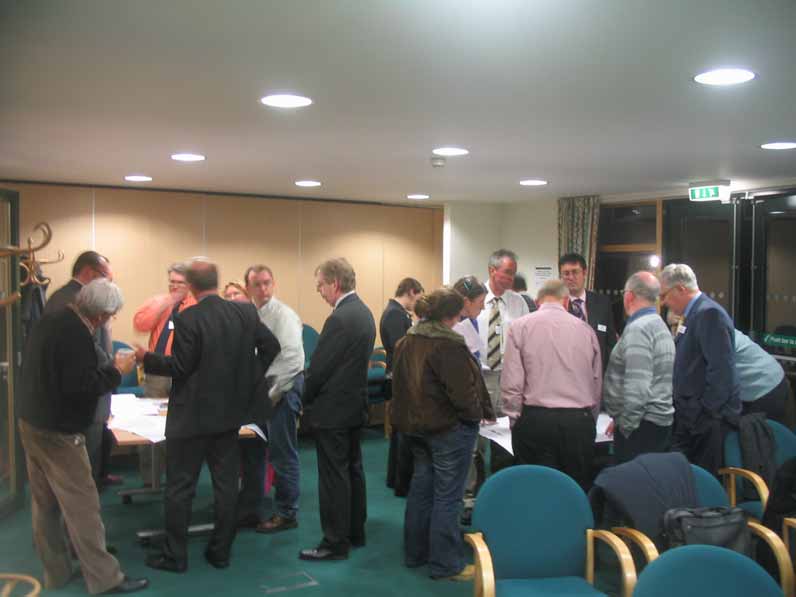 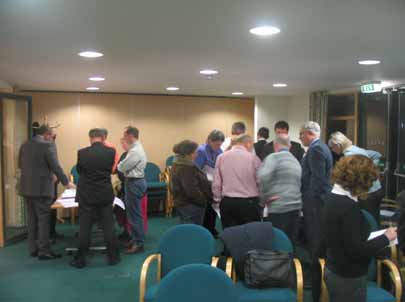 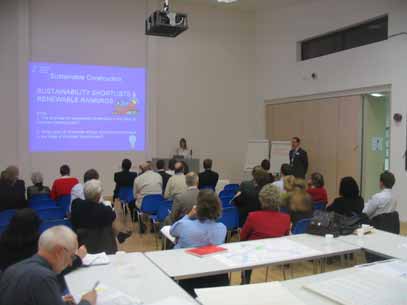 Land West of Horsham has been identified for development by Horsham
District Council in policy CP7 of the Core Strategy. Over the last year
Horsham District Council has been working with local stakeholders in the
early preparation of a masterplan.
This report summarises two stakeholder events which where held in
November 2006. The first event concentrated on transport related issues
regarding access to the development. The second consultation focused on
community and leisure provisions in the new development. The events
brought together key stakeholders – District Council officers, private
developers, District Councillors, Parish and Neighbourhood Councillors, and
interest groups.
The consultation sessions consisted of workshops which successfully drew
together a range of options for consideration in the preparation of the
masteplan for the West of Horsham strategic development location area. This
report provides an informative summary of both these events.
Horsham District Council
Local Development Framework 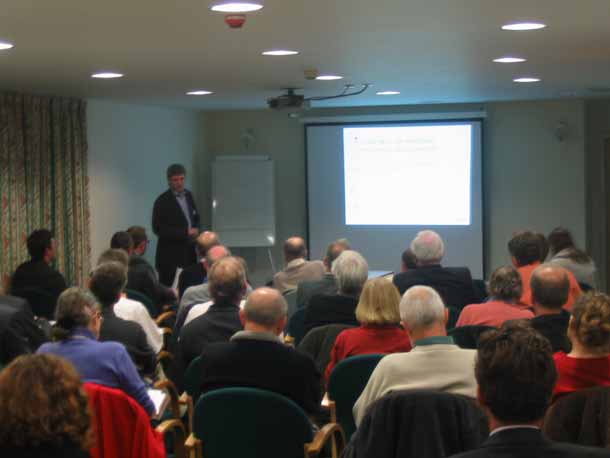 1.2 Goals and Outputs of the Workshops
The aim of these workshops is to allow the interested parties and stakeholders to examine the different options available within the site. The objectives of this consultation process are: • Establish communication with the local stakeholders. • Discuss the possibilities with the new junction and road network in the surrounding area to the development site. • Consider potential sites and locations for community and leisure • Identify the key issues with the integration between both sides of the new development with the existing community. • Identify employment provision within the site. • Consider and develop masterplan options. The format of both consultations consisted of presentations and workshop sessions in the form of group work. The transport consultation predominantly consisted of a presentation by WSP transport consultants. This was followed by a group session looking at and discussing the different transport plans and initial ideas regarding the issue of not rat running on existing roads. The second consultation was in the form of group workshops. Horsham District Council
Local Development Framework

2. The Core Strategy
The Core Strategy policy CP7 allocates land west of Horsham for 2,000
homes and other uses which include leisure, open space and community
facilities. The core Strategy can be viewed on line at
www.horsham.gov.uk/strategic_planning.
The Examination Hearings into the Core Strategy were held between the 5th -
21st September 2006. The Examination Hearings for the West of Horsham
focused on the process for preparing the masterplan and issues relating to the
location of the development and infrastructure requirements. The outcome of
the Examination may affect the timetable for the production of the masterplan.
The Inspectors' binding report is expected to be received by 15th January
2007.
Horsham District Council
Local Development Framework
3. Masterplan Stage

• There needs to be safe secure meeting places, which include informal places to eat, drink and chat. • There should be a building fit for purpose which could be a shared use facility such as Tanbridge House School or an extension of the school, or the use of the new primary school. • There does not necessarily have to be a formal youth group as long as other community facilities are provided. • Adults should be in proximity to these areas but, not necessarily • Different age ranges should be included from pre-school - 18 • The introduction of a floodlit skate park or open access ball • Youth meeting facilities should be kept away from residents. Location and linkages: • Youth provision may need to be supported from secondary schools on the basis that the youth have been there all day. • There is the possibility of the footprint for Horsham Football Club also providing the location for a youth club, community hall or day nursery. • There is the need for a Scouts club facility for Broadbridge Heath (there is already an underutilised Scout Hut on the Denne Horsham District Council
Local Development Framework
side which provides a morning pre-school nursery but is no longer used for regular scout meetings). • Many of the new facilities could be built south of Broadbridge heath as it would be a good place to integrate the two parts of the development. • Perhaps uniform groups need their own facilities as they have their own security issues. • One built facility can provide for many uses for example a heath centre could also provide for similar groups. Theme 2.3 Open Space
Priorities:
• Ensure all areas are well maintained. • Manage the problem with litter in open spaces. • Hedgerows need to be maintained. • Needs to be good formal landscaping in the open spaces. • The need for allotments. • There needs to be a good heart to the community which is accessible to all with as good design and layout. • There needs to be retention of the existing landscape features. • There needs to be a high density of open space. • There should be parking restrictions on green space. • It is difficult to identify specific sites at this early stage. • Leave the hill as an informal area of open space. • Identify and enhance existing landscape features. • There are concerns over the security of larger area of open • For any location it is imperative that it can be easily accessed by all the community both existing and new. • Any allotments could be built on the floodplain. Linkages and Groupings: • There needs to be good linkages and enhancement of existing linkages with the surrounding area. • There needs to be large areas of open space that can cater for • Play areas could be over looked to increase security. • Allotments should be close to residential developments, but number of plots could be split. • Higher density residential development could increase the level of land available for open space provision. Horsham District Council
Local Development Framework
Appendix 1
Participants