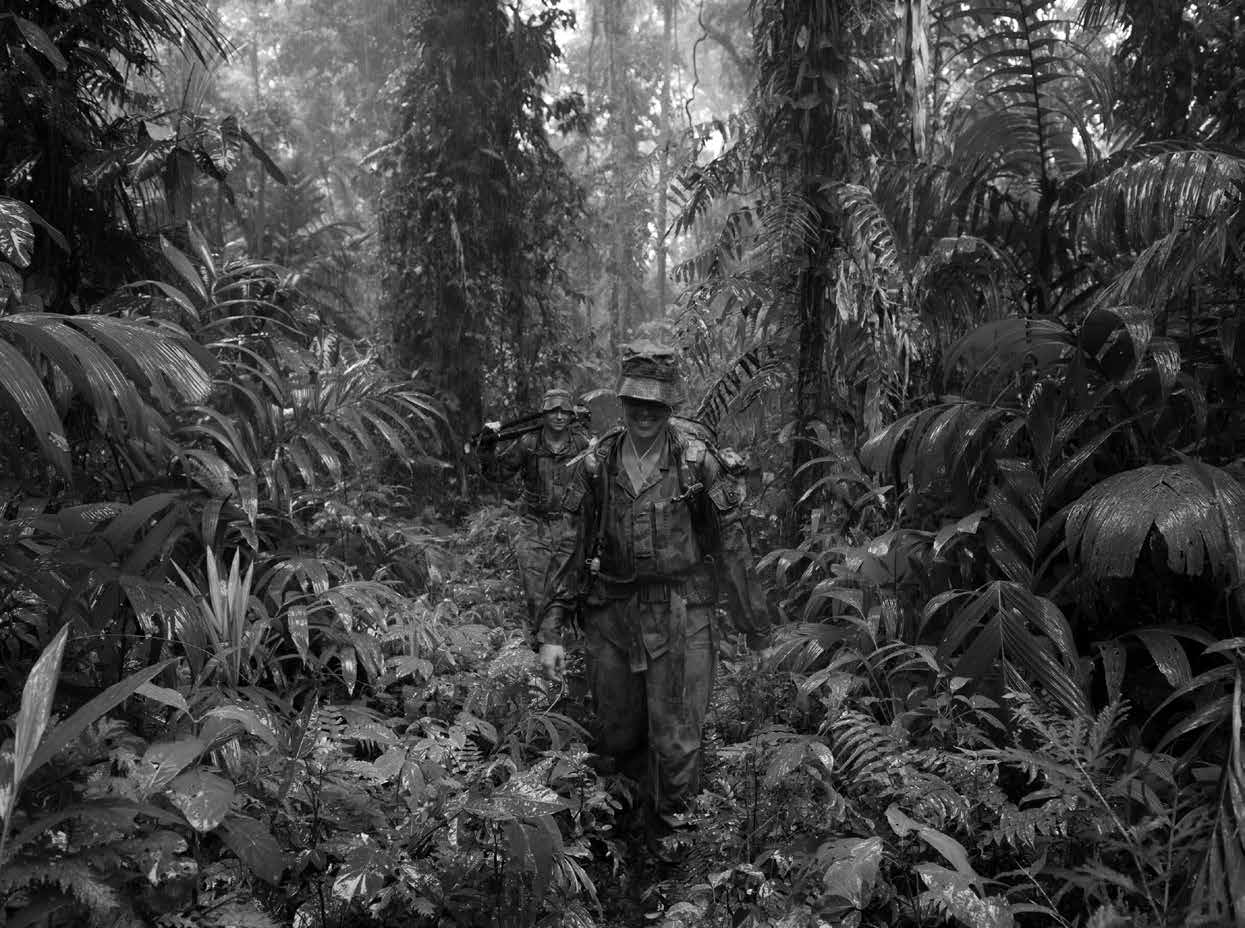 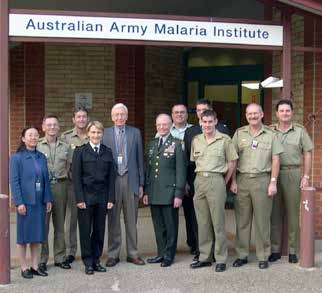 and Corporal John Ross (until 2003) and Corporal Cameron Redman (from 2003) in Logistics.
Key functions of the section were (1) to provide personnel management, training and security support; (2) to manage internal and external financial affairs; (3) to prepare staff for courses, overseas visits and overseas deployments; (4) to manage the day-to-day administration of overseas visitors engaged in research activities at AMI; and (5) to order and account for equipment and supplies required by the departments and coordinate the maintenance and repair of equipment. During this period, the section maintained a considerable operational tempo of personnel movement and support for extended periods in several overseas operations.
Quality Management Section. Mr Ken Lilley was the
Head of the section and was assisted by Major (Army
Reserve) Robin Gregory.
Figure 1: Visit to AMI by US Army Surgeon General, July 2002. (L to R): Dr Q. Cheng, Lieutenant Colonel R.D. Key functions of the section were (1) to ensure Cooper, Lieutenant Colonel M.D. Edstein, Commander S. that laboratory equipment and procedures were Bennett, Professor K. H. Rieckmann, Lieutenant General maintained at the highest standard to produce J. B. Peake, Lieutenant Colonel D. E. Kyle, Lieutenant data with the greatest accuracy and validity; (2) Colonel S. Boos, Captain M. G. Reid, Major S. P. Frances, to implement and maintain accreditation and Colonel P. Alexander. certification with national and international authorities such as National Association of activities were closely integrated with work being Testing Authorities/Royal College of Pathologists carried out by the DRD and DE departments. of Australasia. (NATA/RCPA) and ISO 9001:2000; to conform to the relevant requirements of the Collaboration and engagement with military and Office of the Gene Technology Regulator (OGTR), civilian organisations the Australian Quarantine and Inspection Service (AQIS), and the animal use requirements of the Apart from close collaboration with medical research Commmonwealth Scientific and Industrial Research establishments within the US Army, as evidenced Organisation (CSIRO) and Queensland Department by the establishment of the WRAIR Laboratory at of Primary Industries (DPI); and (3) to promote a AMI, collaboration and engagement with various culture of continuous improvement in the pursuit of military and civilian organisations, both in Australia and overseas,5,6 was maintained and expanded during this quinquennium. This was of paramount Walter Reed Army Institute of Research (WRAIR)
importance in achieving AMI's objectives to improve the control of malaria and other VBDs. The WRAIR laboratory was established at AMI in Vietnam Australia Defence Malaria Project (VADMP)
2001 with the arrival of Lieutenant Colonel Dennis Kyle from WRAIR. He was part of the Engineer and Following several years of consultation, a vitally Scientist Exchange Program (ESEP) between the important relationship was established between the Australia Defence Organisation and the United ADF and the Vietnam People's Army (VPA) with the States Department of Defence. Just before his signing of a Memorandum of Understanding (MOU) departure in 2004, Major Michael O'Neil replaced in Hanoi in March 2000.6 This marked the start of the him for a further 3-year assignment by WRAIR to Vietnam Australia Defence Malaria Project (VADMP) AMI. They were assisted in their investigations by Dr which not only served to enhance malaria control Marina Chavchich (from 2003), Mrs Jennifer Peters activities within the defence forces of Vietnam and (from 2004) and Ms Karryn Grestey (from 2005).
Australia but also contributed to developing overall closer defence cooperation between both countries.6 Key functions of the laboratory were (1) to support This long-term collaborative project between the discovery of new antimalarial drugs; (2) to study AMI and the VPA Military Medicine Department drug resistance; and (3) to develop tools for controlling (MMD) had a strong and comprehensive focus on drug-resistant malaria more effectively. Most of their training, technological transfer, capacity building, Journal of Military and Veterans' Health 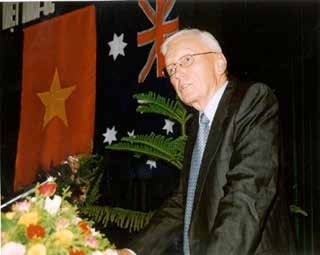 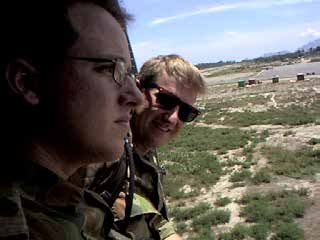 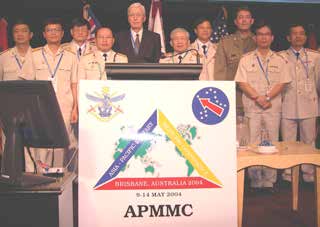