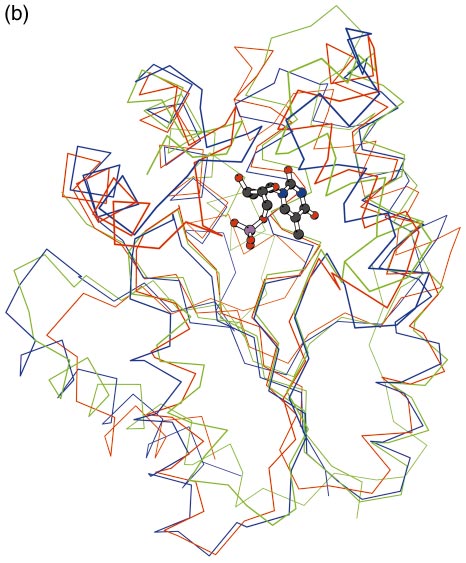 X-ray Structure of M. tuberculosis Thymidylate Kinase Table 2. Re®nement statisticsResolution range (AÊ) No. of reflections Used for refinement Rfree calculation No. of non-hydrogen atoms rmsd from ideality Bond lengths (AÊ) Bond angle distances (AÊ) Average temperature factors Ramanchandran plot Residues in most favoured regions (%) Residues in additional allowed regions (%) a Rfactor  jjFoj ÿ jFcjj/jFoj.
b Rfree was calculated with a small fraction (5 %) of randomly c G-factor is the overall measure of structure quality from both the similar structure from yeast (1tmk) or the TMPKYeast-TP5A (3tmk) and TMPKEcoli-TP5A (4tmk) structures results in good overlap of the b-sheet core (rmsd for ®ve strands, 23 Ca atoms, 0.74 AÊ, 0.71 and 0.81 AÊ for 1tmk, 3tmk and 4tmk, respectively) but the surrounding helices and loops have moved signi®cantly relative to each other (for 163 Ca superposing atoms, the rmsd is 10.89 AÊ, 10.93 AÊ and 8.44 AÊ for 1tmk, 3tmk and 4tmk, respectively; see This, together with the low level of sequence identity conservation, could explain the failure of the molecular replace- ment attempts to solve TMPMtub structure using both yeast and Escherichia coli models and the need for an MIR structure determination.
The TMP kinase family All known TMPK sequences have been aligned Figure 1. TMPKMtub-TMP binary complex structure.
together in This includes 17 bacterial (a) Ribbon diagram of the protein complexed with TMP, enzymes, seven archaebacterial enzymes and eight the sulphate and the magnesium ions bound to the eukaryotic enzymes. The alignment has been active site, showing in red the LID and the P-loop adjusted manually, especially in the LID region, to regions. (b) Superposition of the Ca traces of TMPKMtub- take into account all the available structural infor- TMP (red), TMPKYeast-TMP (green) and TMPKEcoli-TP5A mation; it becomes less certain after residue 180 or (blue) structures. The LID region adopts a helical confor- mation in the TMPK so, rendering the identi®cation of any residue Mtub-TMP complex, in contrast to a disordered region in the TMPK essential for adenine recognition dif®cult. The Yeast-TMP complex.
multialignment provides enlightening functional information by looking at strictly conserved resi- dues and at those that are strictly conserved inside subfamilies and systematically changed from one 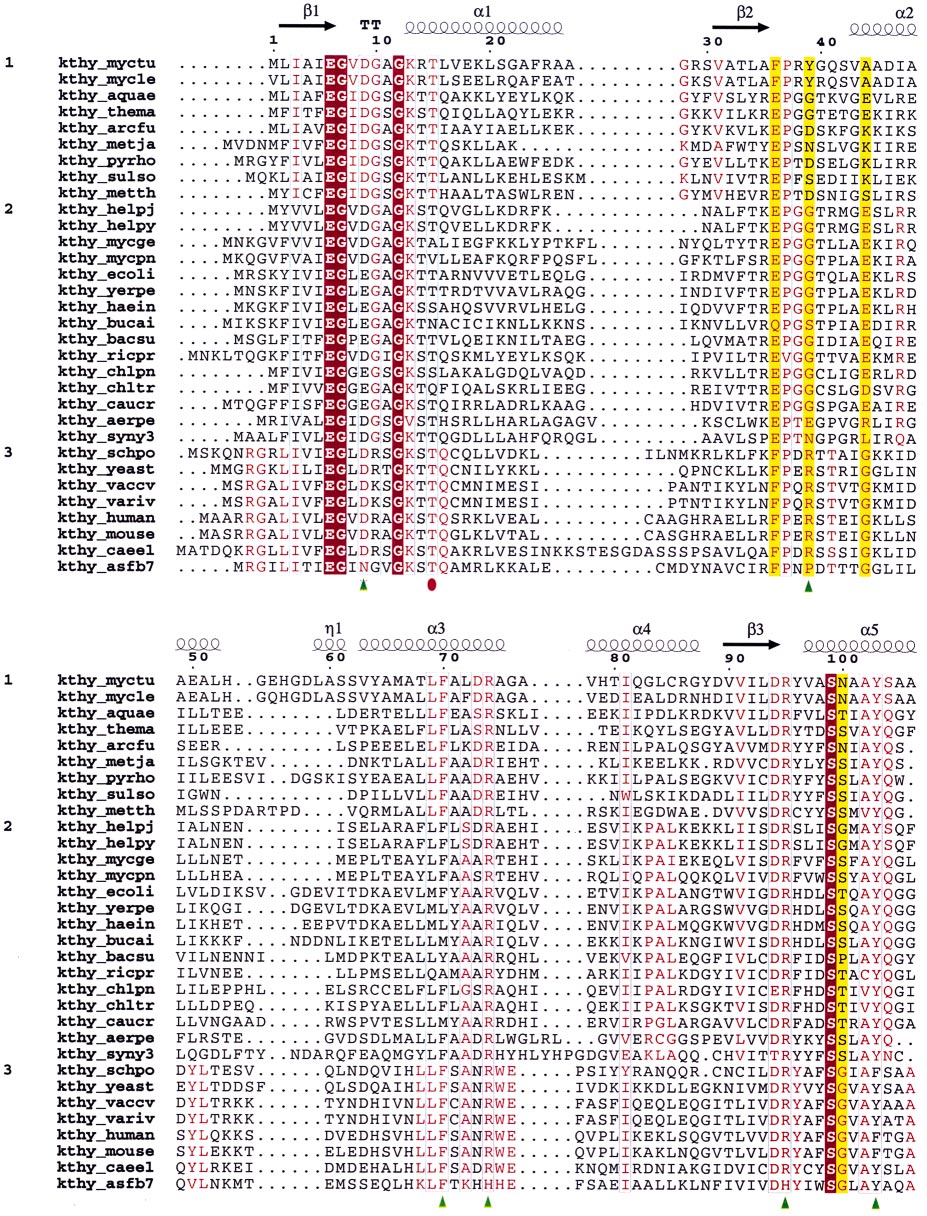 X-ray Structure of M. tuberculosis Thymidylate Kinase Figure 2 (legend shown on page 92) subfamily to the other; they are coloured yellow in The three-dimensional structures of TMPK from It then becomes necessary to look at all yeastE. coland more recently humahave available three-dimensional structures to under- been solved and show a similar fold to other stand the origin of this phenomenon.
NMPKs; namely, a core of ®ve-stranded parallel 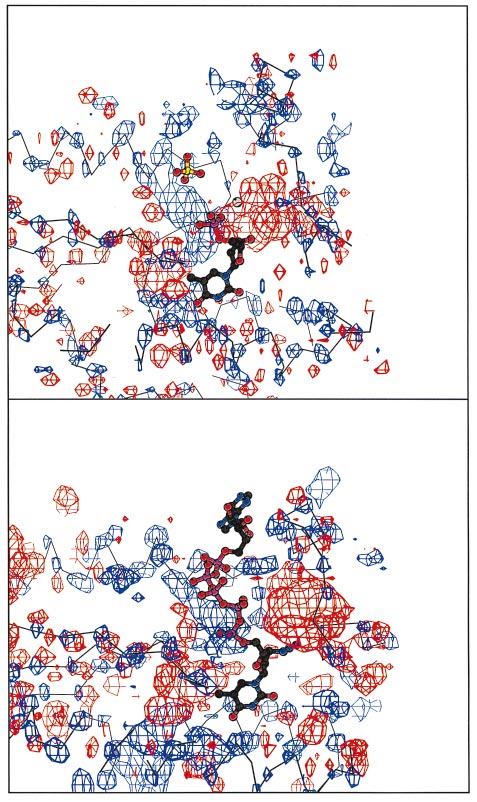 cpg .pain updated 03/2009 New England Pediatric Sickle Cell Consortium Management of Acute Pain in Pediatric Patients with Sickle Cell Disease (Vaso-Occlusive Episodes) Disclaimer Statement: Hospital clinical pathways are designed to assist clinicians by providing an analytical framework for the diagnosis and treatment of specific medical problems. They may be used for patient education and to assist in planning future care. They are not intended to replace a physician's judgment or to establish a protocol for all patients with a particular condition. The ultimate decision regarding the care of any patient should be made in respect to the individual circumstances presented by the patient. Any specific medications and dosing must always be reviewed carefully for each patient in view of any drug allergy or adverse reactions. This document was based on available research and clinical experience at time of its compilation. The following protocol is a regional guideline, and may be adopted by individual institutions as needed.