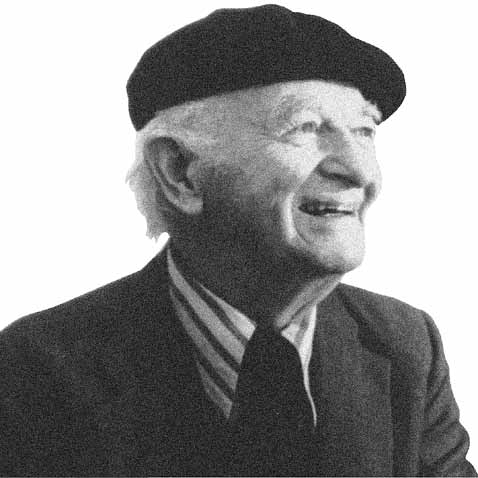 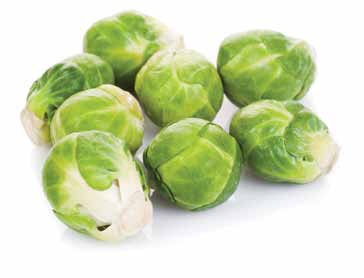 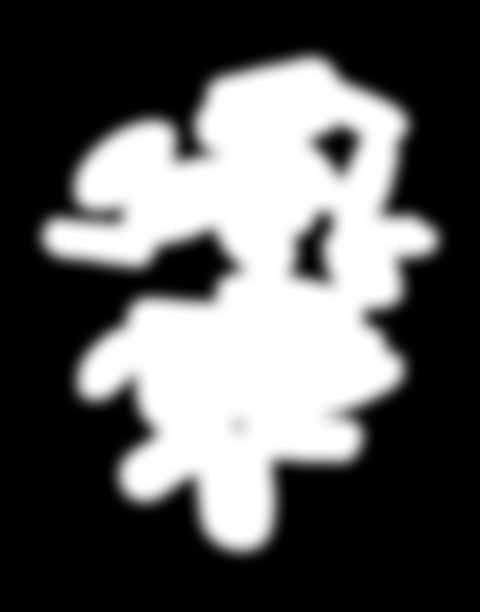 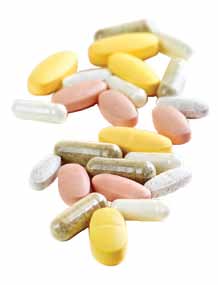 The Case is Far from Closed for Vitamin and Mineral Supplements! In their recent editorial in the journal Annals of Internal Vitamins and nutritionally essential minerals maintain Medicine, "Enough Is Enough: Stop Wasting Money on normal cell function, metabolism, growth, and Vitamin and Mineral Supplements," the authors (Guallar, development through their roles as essential cofactors Stranges, Mulrow, Appel, and Miller III) conclude that "we in thousands of enzymatic reactions and other biological believe that the case is closed—supplementing the diet processes—their main biological function is not to of well-nourished adults with (most) mineral or vitamin prevent or treat chronic disease. Nevertheless, the supplements has no clear benefit and might even be largest and longest randomized control ed trial (RCT) of harmful." It appears that the authors themselves weren't MVM supplements conducted to date, the Physicians' quite convinced of their conclusions because Health Study II (PHS II), found a significant 8% they added numerous qualifiers, such as "we reduction in total and epithelial cell cancer believe" and "well-nourished adults," and put incidence in male physicians and a 12% "most" in parentheses. reduction in total cancer incidence, excluding prostate cancer. The PHS II While a well-balanced diet is the best also found a significant 9% reduction in way to get almost all of one's essential the incidence of total cataract. These nutrients, the reality is that Americans findings of PHS II are consistent with don't get enough of them every day those of several other RCTs and are through diet alone. From the National even more impressive given the fact Health and Nutrition Examination that the conventional RCT design is Survey (NHANES), we know that the strongly biased against showing benefits large majority of the US population is of essential nutrients, in contrast to not "well-nourished" and falls short of pharmaceutical drugs. Unlike drug trials in getting all of their vitamins and minerals which the control subjects have none of the from their diet in levels recommended by the drug in their bodies, subjects in vitamin trials Institute of Medicine's Food and Nutrition Board. will always have enough of the micronutrient present For example, more than 93% of US adults to prevent severe deficiency diseases—hence, there is 19 years and older do not meet dietary intake no true placebo control group in such studies. recommendations (called Estimated Average Requirement, or EAR) of vitamins D and E, 61% for Furthermore, most published vitamin studies and magnesium, about 50% for vitamin A and calcium, and trials have not measured the concentration of the 43% for vitamin C. Certain subpopulations, including vitamin in the subjects being tested but only assessed older adults, African Americans, and the obese, have intake. Many factors, including age, gender, disease, increased needs for some micronutrients. Other studies ethnicity, and genetic differences or polymorphisms, have shown that people who take a daily multivitamin/ affect the concentrations of ingested micronutrients mineral (MVM) supplement with the recommended in the blood, organs, and tissues of humans. Without doses of most vitamins and minerals can fill most of those measurements, it's difficult to estimate the effect these nutritional gaps safely and at very low cost—a of supplemental micronutrients. year's supply of a high-quality MVM can be purchased Taking a daily MVM supplement will not only help fill for less than a nickel a day. the known nutritional gaps in the average American In contrast, only a very small, non-significant fraction diet, thereby assuring normal biological function and (0.1%) of US adults exceeds the Tolerable Upper Intake metabolism and supporting good health, but may Level (UL) from diet and supplements combined for also have the added benefit of reducing cancer and vitamin E, putting Guallar et al.'s claim that "vitamin E cataract risk—which no existing pharmaceutical drug … supplements increase mortality" in perspective. can do. The benefit-to-risk ratio also favors MVM Contrary to the impression that the authors give in their supplementation, with plausible or demonstrated editorial, the US population is inadequate in many vitamins health benefits and little risk. To call "the case … and minerals, a result of the calorie-rich and nutrient-poor closed" and label MVM supplements as useless, dietary pattern of Western populations, rather than harmful, or wasteful is unscientific and does not over-consuming MVM and other dietary supplements.
serve public health. LPI
The Linus Pauling Institute 7 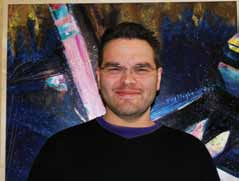 Many factors can affect bioavailability, including the current status of the substance in the individual, general health of the subject, delivery mechanisms, and interactions with other substances that may increase or decrease absorption. For example, vitamin C enhances the absorption of dietary nonheme iron (increasing the bioavailability of iron), but Alexander Michels, Ph.D. the absorption of vitamin C is inhibited by the flavonoid LPI Research Associate quercetin, found in apples, kale, and onions (decreasing the bioavailability of vitamin C). Bioavailability is also a fundamental issue in studies on flavonoids. Since there are Bioavailability is an important factor in understanding nutrition and micronutrient research. However, the no specific transport mechanisms for flavonoids in the gut, concept of bioavailability and its broader implications may the absorption of many of these molecules is slow and be unclear or confusing to many. In a broad sense, unfacilitated, resulting in very low concentrations in the bioavailability is a measure of the amount of a substance blood stream even after eating foods rich in flavonoid that is absorbed into the blood stream after it enters the compounds. In many cases, the concentrations of flavonoids body. When referring to nutrients, micronutrients, and achieved are not high enough to have a meaningful biological other dietary factors, bioavailability usually refers to effect. Therefore, flavonoids are often categorized as being absorption after oral administration, such as eating a food poorly bioavailable. The situation is further complicated by or taking a supplement. Depending on the question being the rapid chemical modification of flavonoids after absorption. addressed, researchers may use different methods to assess Another example of bioavailability comes from studies bioavailability and to answer questions about the behavior on vitamin C by Dr. Mark Levine's research group at the of a compound after it enters the body.
Absolute Bioavailability Relative Bioavailability Accurate measures of bioavailability require measuring National Institutes of Health. They performed very careful blood concentrations of the molecule of interest. Absolute pharmacokinetic studies using oral and intravenous bioavailability is the most precise measure of bioavailability. administration to determine the amount of vitamin C that In order to determine absolute bioavailability, separate can be absorbed from supplements provided at different trials of both oral and intravenous administration of a doses to healthy volunteers. They found that all of the particular dose of a substance are required. A comparison vitamin C is absorbed into the blood stream at oral doses of the plasma concentrations achieved after oral versus up to 200 mg—exhibiting complete (100%) bioavailability. intravenous dosing determines the fraction of the substance However, at larger doses the absorption declined, suggesting that is absorbed through the gastrointestinal tract in relation that the bioavailability declined as the dose increased above to the concentration after direct delivery into the blood 200 mg. This phenomenon can be explained by the stream. This fraction is defined as the bioavailability of existence of vitamin C transport molecules on the surface the substance. These experiments, called pharmacokinetic of cells that line the gut. These transporters limit the studies, are very accurate but elaborate and expensive. amount of vitamin C absorbed into the blood stream. Subtle genetic differences, called polymorphisms, between Because of these limitations, relative bioavailability is people affect the amount and activity of these transporters, often used in research. The experimental trials needed further complicating generalizations about bioavailability.
to establish relative bioavailability only require blood sampling over time after delivery (typically oral Overall, the results of studies on bioavailability are vital administration) of the compound being studied, so they to our understanding of the variety of molecular mechanisms are simpler and less expensive. Measuring relative involved in the absorption of vitamins, minerals, and other bioavailability is usually sufficient to answer the questions dietary constituents. These analyses are critically important most often asked in research on the human diet.
to understand the role that micronutrients and
phytochemicals play in human health. LPI
8 spring/summer 2014

Page 8 .What is Bioavailability?

Page 14 .In Memoriam: Dr. Emile Zuckerkandl
Page 15 .Developments
Linus Pauling InstituteGifts in support of research efforts can be made at any time. Checks should be payable to OSU Foundation for Linus Pauling Institute. Information on giving is available through the OSU Foundation, Special thanks to Barbara McVicar for editorial assistance and photographs, authors of
1-800-354-7281, or by writing to the Institute.
signed articles, and Dick Willoughby for the logo photograph of Linus Pauling.