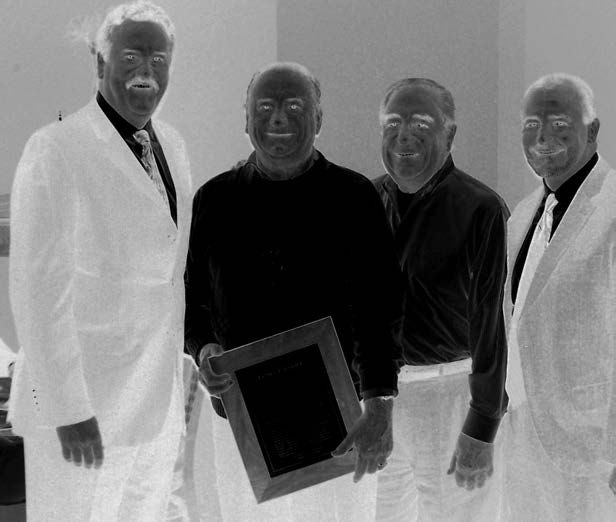 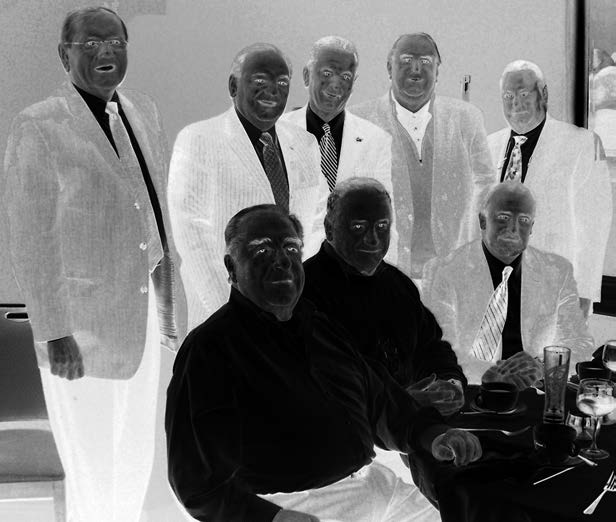 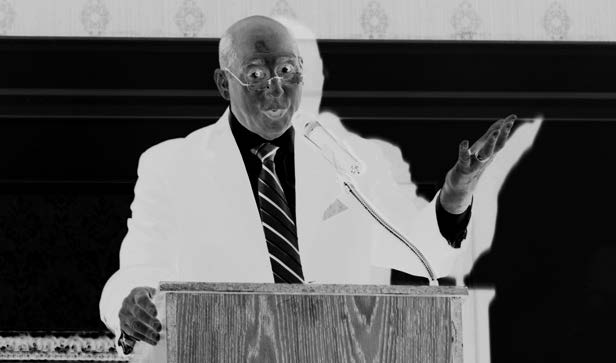 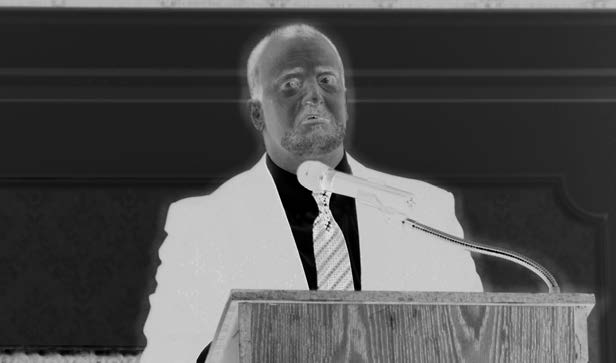 april 2014_Layout 1 3/26/14 10:50 AM Page 8 new jersey CARPENTERS benefits watch New Jersey Carpenters Apprentice T executive director's report: ridgeley g. hutchinson As we enter 2014, the Thomas C. Ober and Joseph D'Aires Training look forward to holding it on an annual basis (see photos below).
Centers in Hammonton and Kenilworth are busy training the more than 850 Another successful and informative initiative is the Third Year Apprentice apprentices now enrol ed in our program. In our constant effort to keep our Program being conducted by the United Brotherhood of Carpenters at the training program a step ahead of the industry, we have introduced one new International's Training Center in Las Vegas, NV. This motivational, four-day training initiative and upgraded several of the certification courses we offer. program emphasizes the value of quality training and the importance of The Best Practices in HealthCare Construction (ICRA training) cer-
instil ing a strong work ethic in today's union carpenter. tification is now part of our regular apprentice-training curriculum and is also Apprentices participating in the Third Year Program also get a view of available to our signatory contractors and their employees. Additional y, al the industry from a union contractor's perspective and hear a presentation journeymen are strongly encouraged to update their training with this from UBC General President Douglas McCarron. The program concludes valuable new certification that qualifies them to work in occupied health care with a section dealing with the history and structure of the Carpenters Union.
facilities. (See the accompanying article in this publication.) To date, New Jersey has sent some 111 apprentices through the pro-
The Rigging Qualification has been upgraded from a qualification to
gram. Ultimately, the International hopes to have al eligible and future
a certification course and has strict guidelines that must be adhered to in third year apprentices nationwide take advantage of the program.
order to be recognized by the National Commission for Certifying Agencies.
I am also pleased to report that the solar power system instal ed on the Anyone already possessing a qualification can upgrade to certification status roof of our Hammonton Training Center is beginning to pay dividends.
by taking a two-day course and the new final writ en and hands-on exams. Our training program saved some $19,000 in electrical utility costs in 2013, Once your certification expires, you must take the new four-day, 10 hour compared to the previous year before we instal ed the system. In addition, per day class. There is a one-year grace period from the time your certifica- we sold a year's worth of Solar Renewable Energy Credits (SREC's) tion expires, which al ows ample time for scheduling the refresher course. generated by the system for $27,000. The installation is proving to be a The Hammonton Training Center is offering Built Rite/Palm Certifica-
win-win situation for our NJ Carpenters Training Program.
tion classes every Friday. Those who wish to renew their certification or
would like to work in oil refineries or chemical plants should cal the train- ing center to schedule classes.
It is also important to remember that Training Verification Cards are
used to verify all current training, certifications and qualifications. UBC members and contractors can use a QR code reader application on a smart- phone to review their records and update them if necessary. If you do not have the scanner app, you can download it free of charge at your mobile devices APP store. Members who have trained at one of the training centers, either for certifications or qualifications and have not received a new TVC,
should contact their local training center.
We have also enhanced our training program recently with two new substantial pieces of training equipment: a laser shaft alignment tool for the Millwright training program in Kenilworth and a virtual reality welding machine for the welding program in Hammonton. The shaft alignment tool is a high tech, precision tool used to align rotational equipment such as turbines, generators and shaft motors in industrial set ings. The welding Frank Spencer, UBC Eastern District Vice President machine provides an actual welding experience without the hazards and costs of using a real welding machine. During the welding session, the welding student receives real time correctional feedback from the machine and the instructor. This sophisticated equipment keeps our training program ahead of the curve and bet er prepares our members to handle techno- logical advances in our industry.
In October, our training program held its first-ever statewide, appren- ticeship graduation ceremony at the PNC Arts Center in Holmdel. Over 250 people at ended the ceremonies, including UBC Eastern District Vice President Frank Spencer; Northeast Regional Council Executive Secretary- Treasurer Michael Capelli; Northeast Regional Council President John Ballantyne; NJ Carpenters Funds Administrator George R. Laufenberg; Jack Kocsis, Chief Executive Officer of the Associated Construction Contractors of NJ, and James Parry, former management co-chairman of the NJCF Board of Trustees and president/owner of John D. Lawrence, Inc.
It was a very successful event for both the graduates and the guests and we Jack Kocsis, CEO of Associated Construction Contractors of NJ 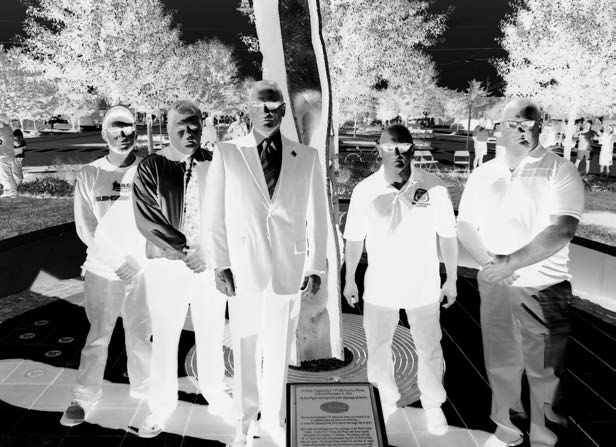 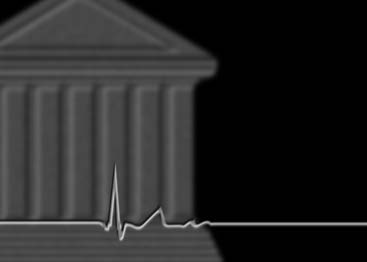 april 2014_Layout 1 3/26/14 10:50 AM Page 12 New Jersey CARPENTERS Benefits Watch Raritan Plaza II, P.O. Box 7818 Edison, New Jersey 08818-7818 RETURN SERVICE REQUESTED retiree health care costs higher You know the feeling – sweaty palms, racing heartbeat, an than general y assumed upset stomach. This is stress, and it's how your body responds to physical dangers. The hormones that are released once In 2012, fewer than one-half of baby boomers said they were "terrified" helped people face physical threats. But since we don't of what their health care costs would be in retirement. By late 2013, a fight saber-toothed tigers anymore, the hormones are not Nationwide Financial survey found that a stunning 61% of respondents as helpful. Today, stress tends to last for weeks or longer due were now "terrified" about their future health care costs. Maybe with to the demands of modern life. • On average, pre-retirees estimate that they'l spend some $4,300
How to tame your stress
annual y on health care in retirement.
• Get out & exercise – Consider walking, jogging, biking
• In contrast, in 2012 the Employee Benefit Research Institute estimated or anything else that gets you active.
that a 65-year-old couple retiring and living another 25 years wil • Laugh out loud - Laughing lightens your mental load
spend a total of $283,000 on health care.
and does good things for your body.
SOME OTHER DISTURBING STATISTICS
• Talk to friends and family – They can distract you, pro-
• 65% of pre-retirees have not discussed retirement plans at al with vide support, help you weather life's ups and downs.
a financial advisor.
• Do yoga – Yoga uses both physical and mental moves to
• 22% of those pre-retirees who have discussed their retirement plans create peace of body and mind. This helps you relax have not estimated what their health care costs not covered by and manage stress. Try yoga on your own or find a Medicare wil be.
class in your area.
• Two in five baby boomers expect to delay their retirement to avoid • Get more rest – Sleep is when your brain and body
having to buy their own health insurance.
recharge. Get the right amount and you'l improve your • One in four baby boomers expect to delay their retirement in order mood and energy level.
to keep adult children on their employer-based health insurance.
• See a counselor or therapist – They can help you find
• Americans who plan to enrol in Medicare estimate that 69% of their
your sources of your stress and learn new coping tools.
health care costs in retirement wil be covered by Medicare.
Talk to your doctor if you're feeling real y stressed. Some- • In reality, Medicare currently covers about 51% of a retiree's health
times other health problems have similar symptoms.

Senate Hearing Thank you for your time in reading this letter, as well as for your aspirational guidance in the matter at hand. My formal studies as an undergraduate, Graduate and PhD have focused on cannabis, cannabinoids and their impact on health. My education, and through a decade of experience presenting at conferences and interacting with other medical professionals on this particular subject matter, have given me a wealth of knowledge. I've been blessed and honored to have been surrounded by great scientific minds in the field of cannabinoid research. As such I have the honor of occasionally standing on those same shoulders to report their findings. In doing so, it is my personal hope that I might be able to confer some greater understanding of a misunderstood subject, to individuals like you who might make a real difference in the lives of severely ill residents. The way that humans tend to externally stimulate their endocannabinoid systems is by taking (or applying) compounds produced by the Cannabis plant. First, unlike most other drugs and even a substance like water, these naturally-occurring phytocannabinoid compounds have no achievable lethal dose. They are amongst the safest compounds known to science. They are amongst the least physically addictive substances known. For the State of Pennsylvania and it's esteemed legislators – A quick pharmacology lesson:

Di Eybike Mame The Eternal MotherWomen in Yiddish Theater and Popular Song 1905–1929 ausführliche Textversionextended text version SM 16252 (CD WERGO) Di Eybike Mame (The Eternal Mother):Women in Yiddish Theater and Popular Song, 1905–1929 The recordings presented on this anthology represent a cross-section of women's contribution to theYiddish-language popular song culture which began to develop in the urban centers of Eastern Europein the mid-19th century. The first expression of this emerging culture were the broder-zinger, soloperformers and troupes of singer-songwriters who performed songs and skits in the secular sur-roundings of the inns, wine cellars and restaurant gardens of Jewish centers in Austro-Hungary,Romania and Russia. The broder-zinger were generally maskilim, followers of the haskalah, the