Remedy in the nhs: summaries of recent cases .pdf 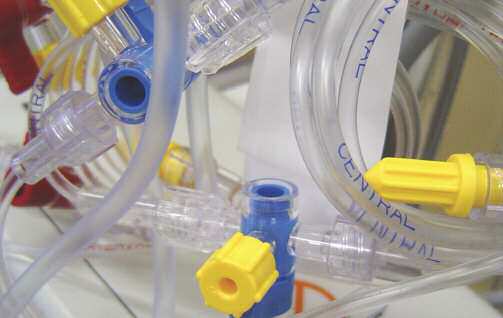 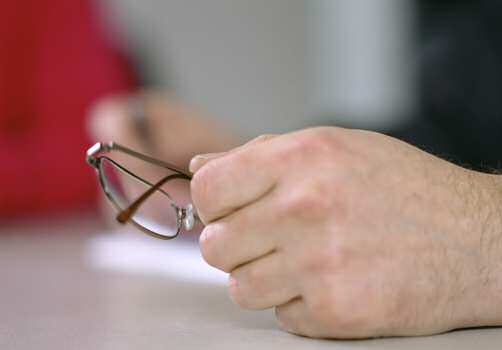 • a range of dementia training and the • annual benchmarking of the suitability of nomination of an ‘older people's champion' in wards to care for older people with mental each ward or department to review the service • an offer to include Mrs L's experience in the • a review of the Trust's guidelines about Trust's training programme; and communicating with carers and relatives; • nutrition link nurses to highlight the nutritional • a successful bid to re-establish the post of needs of older people and special diets.
Trust Mental Health liaison nurse; As a result of the Ombudsman's recommendationthe Commission wrote to Mrs L to apologise forthe deficiencies identified in its review.
14 Remedy in the NHS June 2008 Complaint against Medway Primary Care Trust (Medway) and West Kent Primary Care Trust (West Kent) Remedy for a former general practitioner who After Mrs B wrote back to Medway confirming retired on health grounds as a result of the poorly her dissatisfaction with the Practice's response, handled investigation of a complaint against her they treated her letter as a request to proceed tothe second stage of the NHS ComplaintsProcedure. Responsibility for arranging a Review Background to the complaint
was delegated to Kent Primary Care Agency (theAgency) which operated under the management In August 2002 Mrs B took steps to register at the of the then Dartford, Gravesham and Swanley Practice at which Dr D worked. A ‘new patient' Primary Care Trust (now West Kent). The check was required before registration could be paperwork relating to the complaint got lost in a completed and was arranged for 3 September.
departmental move. During that appointment an altercation tookplace between Mrs B and the nurse, which Dr D On 2 October 2002 Dr D replied personal y to overheard. She advised the nurse to tel Mrs B Mrs B's complaint, apologising for the delay in that she would not be accepted for registration.
responding, caused by her absence on leave, and Mrs B left the surgery, verbal y abusing the nurse setting out her view of the events of as she left. Dr D fol owed Mrs B into the street, 3 September. On 11 November Medway realised and told her ‘You do not cal my nurse a bitch, that the Agency had not received the complaint lady'. The same day Mrs B sent Dr D a letter of documentation, and they forwarded the papers complaint, to which the Practice Manager replied again; Dr D's letter to Mrs B was not included. On setting out the Practice's view of events. 15 November Dr D wrote to ask the Agency ifthey had taken account of her letter to Mrs B On 6 September 2002 Mrs B wrote to the Chief when considering the Review request. She Executive of Medway to complain about Dr D, pointed out that she had never consulted with apparently not having received the Practice Mrs B. Two weeks later the Agency told Mrs B Manager's letter. Mrs B wrote to the Practice and Dr D that a Convener had decided that a Manager on 8 September, having by then received conciliator might help resolve the complaint.
her letter, explaining that she had complained to They did not answer Dr D's question about her Medway. On 16 September Medway asked Dr D to letter to Mrs B, nor address her point that sherespond to Mrs B's complaint letter and informed had not consulted with her. Mrs B that she could request an IndependentReview (Review) of her complaint if she was In January 2003 Mrs B and Dr D were told that the dissatisfied with the Practice's eventual response.
conciliation process had ended, and that Mrs B Mrs B replied that she had already received a could stil request a Review. She did so. The response from the Practice, which she felt was Practice Manager wrote to ask Medway and the unsatisfactory. Medway told Mrs B that she now Agency how a Review could be considered when had the right to request a Review, but did not say Mrs B was not a registered patient. The Agency they had already asked Dr D to respond directly responded that Mrs B had the same right to complain as any visitor to the Practice. Medwaywrote to Dr D in response to the PracticeManager's letter; they said they understood that aReview Panel had been convened, but did not Remedy in the NHS June 2008 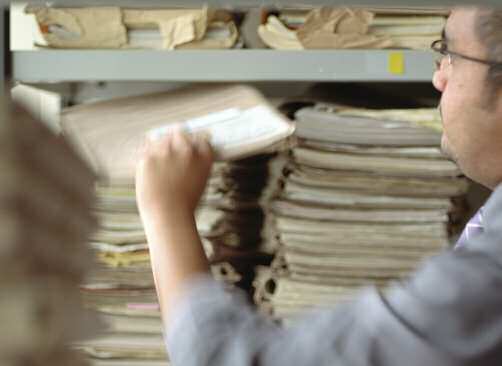 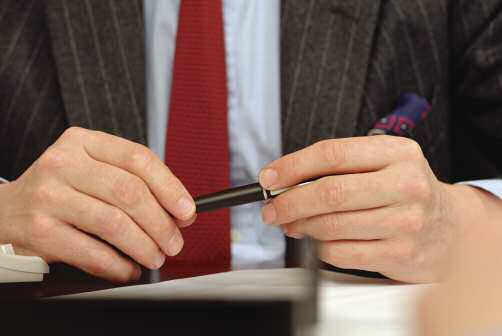 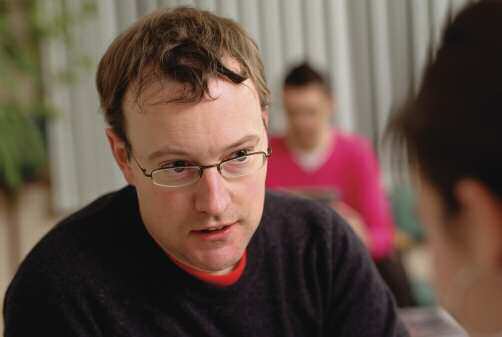 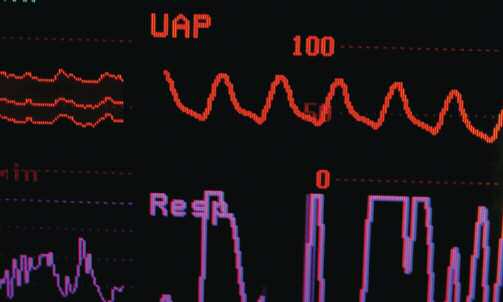 ‘Essence of Care' and the March 2001 guidance • a lack of monitoring while Mr W waited to be about resuscitation decisions published jointly by transferred from the Intensive Treatment Unit; the British Medical Association, Royal Col ege ofNursing and the Resuscitation Council.
• a delay in carrying out a medical review; • extremely poor nursing care in relation to care What our investigation found
planning, communication, pain management,infection management, patient privacy and We found that the timing of Mr W's discharge dignity, and monitoring fluid intake/output; from the Intensive Treatment Unit wasappropriate; that the medical care in late • a lack of multi-professional working and senior August/early September 2002 was general y reasonable; that there was no objective evidenceof MRSA being implicated in Mr W's death; that • poor record keeping; and the medical management of C.difficile wasappropriate; and that the Trust's response on the • poor end-of-life care (including lack of a accuracy of the death certificate was reasonable.
care plan and no discussion with the family However, when taken in the round, the evidence about resuscitation and the seriousness of we saw pointed to serious failings in the Trust's Mr W's prognosis).
service to Mr W and his family which were: 40 Remedy in the NHS June 2008 We concluded that, irrespective of the poor practice identified, the final outcome for Mr Wwould not have been different, but that the In this case we decided to involve Monitor, the failings identified would have significantly body which authorises and regulates NHS affected Mr W's quality of life and the level of Foundation Trusts, because we were highly critical distress he suffered. We also found that Mr W's of the nursing care at the Trust and were keen to family were caused undue distress due to the ensure that there was an appropriate review of condition in which they sometimes found Mr W the Trust's progress in learning lessons from the and because they had no opportunity to come to terms with the fact that his life was ending and tomake suitable arrangements.
The Trust agreed to: We acknowledged the time and effort the Trust • write to Mrs J and her family to acknowledge took in attempting to resolve Mrs J's concerns and apologise for the failings identified; and that they readily acknowledged severalfailings and took action to address them.
• review the areas where we had identified However, we concluded that Mrs J's complaint serious failings in order to ensure that their should have prompted a wider review of nursing practices were in accordance with current care which may have led to a more co-ordinated guidance and standards; approach to implementing improvements and, inturn, provided reassurance for Mrs J that her • provide Monitor with information to complaint was being taken seriously. demonstrate that their practices (in the areaswhere we had identified serious failings) are in We found maladministration in the Commission's line with current standards; and handling of Mrs J's complaint (including failure to seek clinical advice, not providing her with • report back to Mrs J on the action taken in regular updates and failure to assess the priority response to our recommendations.
of the case) which had exacerbated her worry and distress.
The Commission agreed to write to Mrs J and herfamily with an apology and pay £250 The investigation concluded in March 2008 and compensation in recognition of the worry and we upheld Mrs J's complaints against both the distress caused by its poor complaint handling.
Trust and the Commission.
Remedy in the NHS June 2008 Printed in the UK by The Stationery Office Limited on behalf of the Control er of Her Majesty'sStationery Office Printed on Paper containing 75% recycled fibrecontent minimum.
42 Remedy in the NHS June 2008 Switchboard: 020 7217 3000 Fax: 020 7217 4000 Email: [email protected] Please note
The telephone numbers of the Parliamentary and Health Service Ombudsman changed on 15 March 2009.
The new contact details are:
Helpline: 0345 015 4033
Fax: 0300 061 4000
Published by TSO (The Stationery Office) and available from: Mail, Telephone Fax & E-Mail
TSO
PO Box 29 Norwich NR3 1GN
Telephone orders/General enquiries 0870 600 5522
Order through the Parliamentary Hotline Lo-Cal 0845 7 023474
Fax orders: 0870 600 5533
E-mail: [email protected]
Textphone: 0870 240 3701
TSO Shops
16 Arthur Street Belfast BT1 4GD
028 9023 8451 Fax 028 9023 5401
71 Lothian Road Edinburgh EH3 9AZ
0870 606 5566 Fax 0870 606 5588
The Parliamentary Bookshop
12 Bridge Street, Parliament Square London SW1A 2JX
[email protected] and other Accredited Agents

Lack of bystander activation shows that localization exterior tochromosome territories is not sufficient to up-regulate gene expression Céline Morey, Clémence Kress and Wendy A. Bickmore 2009 19: 1184-1194 originally published online April 23, 2009 Genome Res. This article cites 34 articles, 19 of which can be accessed free at: Receive free email alerts when new articles cite this article - sign up in the box at the