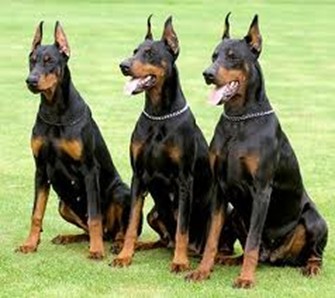 Volume 15, Number 05 American College of Veterinary Pharmacists
MANAGEMENT OF CARDIOVASCULAR DISEASE
IN THE HOUSEHOLD DOG
or it may be from dramatically in- riosus (PDA) or Tetralogy of Fallot, As awareness of cardiovascular dis- creased afterload such as chronic pul- and are therefore not included in this ease increases in human medicine, monary hypertension. Even though newsletter as the focus is primarily on there is now a trend of increasing diastolic and systolic functions of the pharmacologic management. awareness within veterinary medicine heart are related, both tend to be com-
as well. This ACVP newsletter will
prised in animals with myocardial focus on the most common forms of disease. The more veterinarians are The heart is essential for operation cardiovascular disease and their treat- learning about CVD, the more docu- of the circulatory system via ejecting ments in dogs with a following news- mentation is being recorded about the blood into the aorta and pulmonary letter on heart disease in cats in order prevalence of certain breeds correlat- arteries meeting perfusion require-to make this reading more succinct. ing with specific forms of CVD. One ments of metabolic tissues. It also The availability of information on this example of heart failure is Dilated receives blood from the pulmonary topic can be overwhelming so an Cardiomyopathy (DCM) which pri- and systemic veins in order to drain overview of cardiovascular disease marily affects large breed dogs such capillary beds and maintain appropri- and the medications used to manage it as Dobermans, Irish Wolfhounds, ate distribution of the circulating will be assessed in this article, hope- Great Danes, and Newfoundlands, but blood volume. Cardiac performance fully creating a better understanding also male Dalmatians and American is essentially determined by stroke for veterinarians about which agents and English Cocker Spaniels. Of volume and cardiac output including are most appropriate for their patients these dogs, 50% will develop the ar- preload, after load, heart rate, myo- depending on which type of heart dis- rhythmia Atrial Fibrillation (AFib). cardial contractility, and ventricular ease they suffer from. Arrhythmogenic Right Ventricular synchrony. Alteration of any of these Cardiomyopathy (ARVC) appears to operations can lead to cardiac dys-be exclusively represented by the function. Cardiac failure (i.e. heart Boxer breed which is why it is also failure) is defined as the physiologic known as Boxer Cardiomyopathy. state in which the heart cannot eject On the other hand, Myxomatous Mi- tral Valve Disease (MMVD), which makes up 75% of canine congestive Sand Run Pharmacy heart failure, is prevalent in smaller breeds such as Cavalier King Charles Spaniels, Papillons, Chihuahuas, Dachshunds, and Toy Poodles. This disease normally affects older dogs Prevalence
with the exception of Cavaliers and Hours of Operation Cardiovascular disease (CVD) is Dachshunds who may experience on- not just a condition that affects hu- set of this disease as early as 2 to 4 mans, but our four legged patients as years of age. As with humans, there well! Heart disease may be due to are also many congenital heart dis- impaired cardiac filling as seen with eases, but these are often surgically mitral and tricuspid valvular stenosis corrected, such as Patent Ductus Arte- 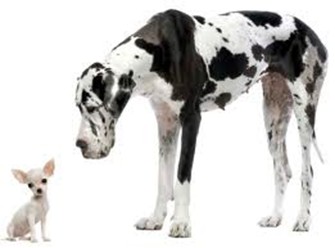 4. Heart failure resulting from ar- creased blood flow to critical organs or receive blood properly resulting in rhythmias and conduction disor- and if not medically managed, will manifestation of erratic blood volume eventually lead to death. homeostasis and clinical signs and a. sustained tachyarrhythmias symptoms of heart failure. If cardiac such as supraventricular Summary of Clinical Signs
dysfunction causes an accumulation tachycardia and atrial fibrilla- 1. New onset lethargy of sodium and water, edema and con- 2. Decreased interest in food gestion result in clinically recognized b. chronic bradyarrhythmias such 3. Exercise intolerance congestive heart failure (CHF). The as complete heart block 4. Coughing or wheezing four main functional classifications of Since there are so many nuances 5. Increased panting veterinary heart failure per the Text- involved with CVD, and this newslet- 6. Edema book of Veterinary Internal Medicine ter  isn't  meant  to  be  a  textbook  on   7. Cyanotic membranes cardiology, these functional classifi- 8. Episodes of unexplained syncope 1. Heart failure resulting from im- cations will be further examined from 9. Orthopnea peded cardiac filling a treatment perspective. a. pericardial disease with Diagnosis
restricted filling such as Clinical Signs and Symptoms
The primary means of diagnosing a constrictive pericarditis or There are many signs and symp- dog with cardiovascular disease is pericardial effusion with tam- toms of CVD depending on which through a complete history and thor- type of heart disease the dog is af- ough physical exam, followed by ra- b. valvular inflow obstruction flicted with. Commonly dogs will diographs, electrocardiogram, and/or such as AV valve stenosis or present with exercise intolerance, an echocardiogram. A CBC and neoplastic anatomic obstruc- dyspnea, coughing, pitting edema, Chemistry Panel may be useful for lethargy, cyanosis of the membranes, identifying and/or ruling out other c. intrinsic myocardial disease and may also experience consistent or disease processes such as diabetes, with impaired diastolic func- intermittent syncope. Mitral valve pancreatitis, renal disease, or an un- tion such as hypertrophic regurgitation will often present in a derlying infection. Chest radio- cardiomyopathy or restrictive young male Cavalier with coughing, graphs, an electrocardiograph, and/or cardiomyopathy labored breathing, and exercise intol- an echocardiograph present the prac- 2. Heart failure resulting from in- erance. A depressed, coughing, exer- titioner with an even better under- creased resistance to ejections cise intolerant Doberman with a standing to what is, or is not, auscul- a. increased resistance to the rapid, irregular heart beat is likely to tated on physical exam. It is very ejection of blood (after load) have DCM. Sick sinus syndrome important to discuss with the owner such as thromboembolism of often presents in a middle age female about when they noticed changes in great vessels, pulmonary hy- Miniature Schnauzer that has inter- their pets behavior and keeping good pertension, or discrete out- mittent fainting yet a Boxer who also records of when any of these changes flow tract obstruction faints is likely to have arrhythmic become more noticeable with regards 3. Heart failure resulting from im- cardiomyopathy. These problems, if to time of day or in relation to certain paired ejection or volume over- not addressed right away by a veteri- activities. narian, can become life threatening a. primary and secondary myo- just as they would in a human. Car- Diagnostic Algorithm
cardial disease with impaired diovascular disease can lead to pul- 1. Assess history, physical exam, systolic function such as di- monary edema, renal failure, de- and clinical signs lated cardiomyopathy or a. Auscultation of the heart and ischemic, infectious, or toxic lungs and assessment of myocardial disorders b. misdirected blood flow re- i. Detect abnormal sounds sulting in volume overload such as a gallop, mur- such as valvular insufficiency or arteriovenous fistulas ii. Heart beat that is muffled c. chronic high-output as an indication of peri- states such as thyrotoxicosis cardial effusion in ab- or chronic anemia sence of obesity iii. Detect tachycardia or 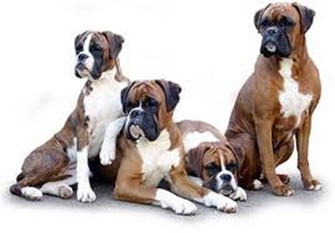 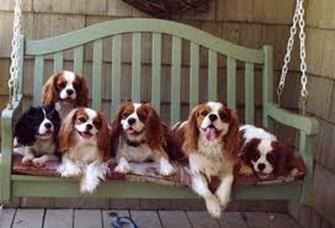 enolol and enalapril are financially holm: Wiley-Blackwell, 2011. severe and fulminant heart disease, within the budget while pimobendan 7. www.Merckvetmanual.com. Car- often requiring oxygen therapy, sur- is just too costly. Pharmacists can diovascular Drugs. 2011. vival may only be a few months and work with veterinarians in order to 8. Google Images. June 2012. euthanasia may even be the most hu- evaluate the best treatment protocol 9. Atkins C, Bonagura J, Ettinger S, which will properly medicate the pa- et al. Guidelines for the Diagno- tient and also financially benefit their sis and Treatment of Canine owners. It is also important to con- Chronic Valvular Heart Disease. J sider dosing intervals; owners that Vet Intern Med. 2009;23:1142– work may only be able to give once or twice daily dosing. Being suppor- 10. www.heart.org for New York tive and counseling on the various Heart Association. June 2012 classes of cardiovascular medications 11. International Small Animal Car-to the best of our ability is critical in diac Health Council. earning and keeping our owners trust! Appendix 1: Recommendations for the diagnosis of heart disease For Further Reading
and treatment of heart failure in Role of Veterinary Pharmacist
1. Sisson DD. Cardiovascular Sys- small animals. In: Tilley LP, Treating pets with cardiovascular tem. In: Ettinger SJ, Feldman EC. Goodwin JK, eds. Manual of ca- disease offers a unique opportunity Textbook of Veterinary Internal nine and feline cardiology. 3rd for veterinary pharmacists as many of Medicine. 7th ed. St. Louis: Saun- ed. Philadelphia: the aforementioned products must be ders Elsevier, 2010; 1143-1394. WB Saunders Co, 2001;459–489. compounded because they are not 2. O'Grady  MR,  Minors  SL,   12. Martin MW, Stafford MJ, Streh- palatable or in a dose properly con- O'Sullivan  ML,  et  al.    Effect  of   lau G, et al. Canine dilated car- centrated for our patients. While pi- pimobendan on case fatality rate diomyopathy: a retrospective mobendan is approved for veterinary in Doberman Pinschers with con- study of prognostic findings in use and comes in chewable tablets, gestive heart failure caused by 367 clinical cases. J Small Anim others such as atenolol and fu- dilated cardiomyopathy. J Vet Pract. 2010;51(8):428-36. rosemide do not. Often these heart Intern Med. 2008;22(4): 897-904. failure patients experience polyphar- 3. Fuentes VL, Corcoran B, French macy and pharmacists have the ability A, et al. A double-blind, random- to address drug compatibility issues. ized, placebo-controlled study of Veterinary pharmacists can even pimobendan in dogs with dilated combine medications into one accept- cardiomyopathy. J Vet Intern able dosage form improving compli- Med. 2002;16(3):255-61. ance making life much easier for 4. Smith CE, Freeman LM, Rush owners and their pets. In addition to JE, et al. Omega-3 fatty acids in making compounded medications, Boxer dogs with arrhythmogenic veterinary pharmacists also need to right ventricular cardiomyopathy. provide proper counseling on how to J Vet Intern Med. 2007;21(2):265 administer these medications, such as This article was submitted by: gloves with nitroglycerin, and what 5. SerfassP,Chetboul V, Sam- Jessica Gaskins, PharmD side effects to look for like gingival pedrano CC. Retrospective study North Carolina State University hyperplasia with amlodipine admini- of 942 small-sized dogs: Preva- College of Veterinary Medicine stration. When dispensing digoxin if lence of left apical systolic heart Veterinary Pharmacy Resident the owner is reporting side effects of murmur and left-sided heart fail- anorexia and diarrhea in their dog, the ure, critical effects of breed and veterinary pharmacist may contact the sex. J Vet Cardiol. 2006;8(1):11- referring DVM to see if the most re- cent digoxin levels are therapeutic or 5. Papich M. Saunders Handbook of perhaps the patient does need to come VeterinaryDrugs. 3rded.St. Lois: in to have a new blood level drawn. Elsevier-Saunders, 2011. Cost is another area veterinary phar- 6. Plumb DC. Plumb's  Veterinary   macists must consider. Perhaps at- Drug Handbook. 7th Ed. Stock-

This page intentionally left blank Laurie Rozakis, Ph.D. The State University of New York Farmingdale State College New York Chicago San Francisco Lisbon London Madrid Mexico City Milan New Delhi San Juan Seoul Singapore Sydney Toronto Copyright © 2007, 1999 by The McGraw-Hill Companies, Inc. All rights reserved. Manufacturedin the United States of America. Except as permitted under the United States Copyright Act of1976, no part of this publication may be reproduced or distributed in any form or by any means,or stored in a database or retrieval system, without the prior written permission of the publisher.