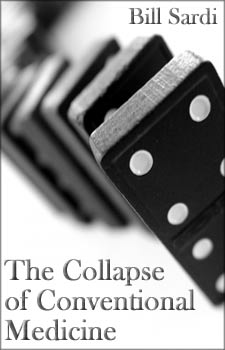 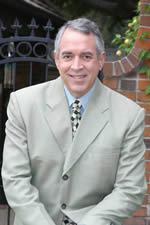 About the Author Health journalist, author of many health books, and consumer advocate, Bill Sardi produces original in-depth health reports with emphasis on how to stay healthy at home, without doctoring or prescription drugs. Bill has a degree in journalism and public relations. He translated his 18 years in the field of ophthalmology, 12 years in nutrition and natural health to write about compelling health issues facing Americans. Bill is now 60 years of age (born 1945), and has just fathered a baby boy. He also has no chronic health problems. His dietary supplement regimen can be found at his homepage Bill has traveled to China, Japan, and the Mediterranean to obtain his first-hand knowledge. His books cover important practical topics, such as wh ), the role iron plays in diseas), and what science says about hyaluronic ac reveals the here-to-for unreported links between drinking water and disease. He also has written the first book and the astonishing life extension properties of resveratrol (The Anti-Aging Pill). His latest e-book is. Bill also writes for Nutrition Science News, Health Products Business and the Townsend Letter for Doctors & Patients. For those who want more in-depth information, Bill Sardi's books are available through and his e-books through Other E-books Available from the Natural Health Librarian
Gallstones can be dissolved naturally, with proven methods
documented in the scientific literature. Many millions of
Americans have gall bladder stones and are unaware of the
problem. You need to know the subtle signs of gallstones.
If you have had your gall bladder removed you will likely
experience the same symptoms you did before surgery.
Learn ways to overcome the discomfort and indigestion after gall
bladder surgery.
Your gall bladder is going to require life-long maintenance once ural ways to do this at home. There are 100 million healthy Americans who are being told they
have high cholesterol and need to be placed on life-long
cholesterol-lowering drugs. Most incorrectly believe their
arteries are healthy because their total cholesterol is below 200.
Adults aren't being told that as many adults experience a heart
attack with a cholesterol count below 200 as over 300.
Americans swallow vitamins pills by the millions, but do they do
more harm than good as detractors claim?

Upon investigation, I found most multivitamins were poorly
formulated. They were impotent, unbalanced and incomplete.
Most brands either followed the ridiculous daily allowance (RDA)
or attempted to lure consumers by providing more and more
milligrams of vitamins and minerals. Some brands showcased
certain nutrients but provided trivial doses.

Does oral hyaluronic acid work? Will it remove wrinkles? Is it safe? Does it cause cancer as some mistaken information on the internet claims? Is HA really the "fountain of youth?" At what age should I begin taking oral HA? Is oral HA absorbed? Are there any studies to show oral HA pills work? Are there any potential side effects? Does HA improve eyesight? These questions are all answered in the book. Crib death: the unexpected tragedy, a baby discovered in its crib
without life. James Sprott put his theory into practice and
developed a mattress cover for babies. Over the past 10 years
not one baby has died in a specially wrapped mattress. Get
this gripping report of this avoidable tragedy.
Virtually every home medicine cabinet in America has a bottle of
pain-relieving pills that could kill even when properly used.
Millions of Americans live with chronic pain and rely upon over-
the-counter pain relievers to alleviate discomfort mostly caused
by joint, nerve or headache pain. Some people see no difference
between pain pills and M&Ms. To the shock of most Americans,
they have been relying on unsafe pain remedies and paying a
steep price from the side effects associated with these drugs.
There isn't a safe over-the-counter (OTC) pain reliever available.
Is the 125-year life span about to become common? Scientists
find the genetic switch for longevity and a natural molecule
that turns it on. There is a genetic mechanism in all living cells
that is far more powerful than any medicine or vitamin that can
prolong the life of living cells.
Learn why there is a tremendous upsurge in the number of
centenarians around the world, and why millions of people will
live beyond the age of 120 years. Learn why people on two
islands, Okinawa and Sardinia, live beyond the age of 100, but
for different reasons. Learn why aging researchers recently
y of an anti-aging pill.
Iron is necessary, but it also must be controlled to maintain health.
Adults accumulate 1 excess milligram of iron per day of life.
Unless iron levels are controlled, this mineral will accelerate aging,
encourage the growth of unfriendly organisms and increase the
risk for diabetes, heart disease and cancer. Natural iron chelators
can be used to keep iron in check --- like green tea and IP6 rice
bran extract. Read all about it in this well referenced book (701
scientific citations, indexed).
Water, water, everywhere, but so little to drink. So true, for less
than 1 percent of the world's water supply is fit to drink. Most is
salt water, some is locked up in glaciers, and much of the
remainder is either contaminated or unpalatable. It's been said
that 80 percent of the world's diseases emanate from impure
water. In the western world, human populations have been lulled
into the idea that tap water, which is generally safe, is also ideal
for health. While tap water is disinfected with chlorine, thus
preventing water-borne diseases such as typhoid and dysentery,
scientists now admit that by-products of chlorine are a likely
cause of cancer (kidneys, bladder, brain, stomach).
Open the kitchen cupboard where vitamins and dietary
supplements are stored. In America it wouldn't be uncommon to
find pills to enhance memory, protein powder for muscle building,
a diet pill, a bottle of fish oil capsules, an herbal pain reliever, a
natural herbal anti-depressant or energy booster, maybe a pill to
maintain healthy sex hormone levels, even the latest pill that
promises to fight aging.
Now, how would you like to know there is a "capsule" that
addresses all of the above issues and it's probably already in your
refrigerator! Look no further than the egg carton in the fridge.