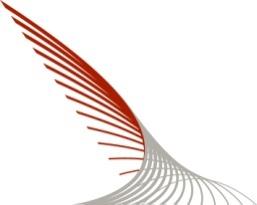 Suuntaus project HUMAN TRAFFICKING OF NIGERIAN WOMEN TO EUROPE
Finnish Immigration Service Country Information Service Public theme report The European Refugee Fund participates in funding the project. INTRODUCTION
This theme report is part of the ERF-funded Suuntaus project of the Country Information Service
of the Finnish Immigration Service which aims to identify the most significant country information
themes and anticipate future information needs better. The method was to review asylum
interview protocols systematically by using a form designed for the purpose. The countries
examined were Nigeria, Iran, Iraq and Russia, and another theme was stateless persons. On
the basis of the analysis of the protocols, the theme of this report has been one of the most
recurring grounds for seeking asylum. However, the report does not contain references to
individual records; instead, all information is based on public sources.

1. RECRUITMENT OF VICTIMS OF HUMAN TRAFFICKING1 IN NIGERIA

"Edo girls went to Italy on visas to work picking tomatoes, but ended up in prostitution. Some
came back rich, and became examples of success." (Sister Florence, Committee for the
Support of the Dignity of Women (COSUDOW))2

The sexual exploitation of victims may already start in Nigeria where traffickers may rape them
or teach them to service clients before they commence their journey. Sexual exploitation also
takes place during the journey. Some become pregnant, while others have to start prostitution
during the journey to survive.136 For some, the journey to Europe may take years. Life at the
camps in North Africa is hard, especially for female migrants who may have to trade sex in
exchange for food. Many are traumatised and unable to contact their families.137

Organisations offering protection and services in Italy include the following: The Città e
Prostituzione organisation operates in the Venice-Mestre region.354 The Jerry Essan Masloo
medical and social service agency operates in the Castel Volturno region.355 The Liberazione e
speranza project operates in the Novara region (further information about the operations of the
organisation can be found in UNICRI's report).356 The majority of the girls served by this
organisation have a very low degree of schooling and, at times, are almost illiterate. They may
also have problems remembering the places and the streets where they worked.357
According to UNICRI, there may be deficits in the financing and personnel training of the
organisations offering assistance in Italy.358
3.5.
Nigerians' working areas in Italy In Italy, the well-known areas where Nigerian prostitutes work are the Piedmont region (especially Turin that records a high number of female immigrants from Edo State359), Lombardy, Veneto (mainly Verona), Emilia Romagna and Campania (the provinces of Caserta and Naples). In addition, in recent years Nigerians have also spread to new areas, such as Asti and Novara, the area of Garda Lake, Abano Terme and Mestre in northern Italy. In central Italy, there is a Nigerian presence in the coastal areas, such as the area from Pisa and Livorno to Grosseto and the area of Lazio around Civitavecchia and Ostia, and also inland from Arezzo and Perugia all the way to Terni. In southern Italy, there are a great deal of Nigerian victims in Castel Volturno and Mondragone and on the coast in Battipaglia, in the suburban areas of the major cities in Apulia (Foggia and Bari, Lecce and Brindisi), the Calabria coastline between Corigliano and Crotone and between Lamezia Terme and Tropea. There has also been an 348 Ibid., p. 81 349 UNICRI 2010, p. 65 350 Ibid., p. 65 351 Skilbrei & Tveit 2007, p. 36 353 Ibid., p. 37 354 UNICRI 2010, p. 79 355 Ibid., p. 82 356 Ibid., p. 79 357 Ibid., p. 80–81 358 Ibid., p. 93 359 Baye 2012, p. 6 increase in the presence of Nigerians in Sicily in the Palermo region and in the coastal area
between Messina and Catania.360
In Sicily, the majority of the victims work near the sea, in Palermo near Parco della Favorita,
near the Mondello beach and in the Historic Centre near the train station.361 Palermo is one of
the first cities where the victims arriving in Italy stop to work, but also one of the last ones.
Victims that have repaid their debt move there, due to the climate conditions more suitable for
working on the streets, from northern Italy where earnings are higher.362
In the Campania region, the areas most affected by Nigerian prostitution are Naples and
Caserta,363 of which the area of Caserta and above all the Domitian coastal area have more
immigrants from Africa and especially from Edo State in Nigeria.364 In the Domitiana, a long
road that connects Naples to Rome, and in the Castel Volturno region, there are a lot of African
gangs.365 This region is the main operating area of Nigerian criminal gangs in Italy, and they
have fought over it with the local mafia. As a result of this, the Nigerians pay protection money
to the local mafia in order to be able to run their business in the region.366 In the last ten years,
Nigerian prostitutes that used to work in Turin have started to move to Novara and its
surroundings.367 In Venice, Nigerians work at the central train station of Mestre, the Piave
neighbourhood and on the street that goes to Mogliano Veneto and Preganziol and the other
municipalities around Mestre.368 The number of Nigerian prostitutes has increased in the Mestre
region.369
4. RETURN OF VICTIMS OF HUMAN TRAFFICKING TO NIGERIA