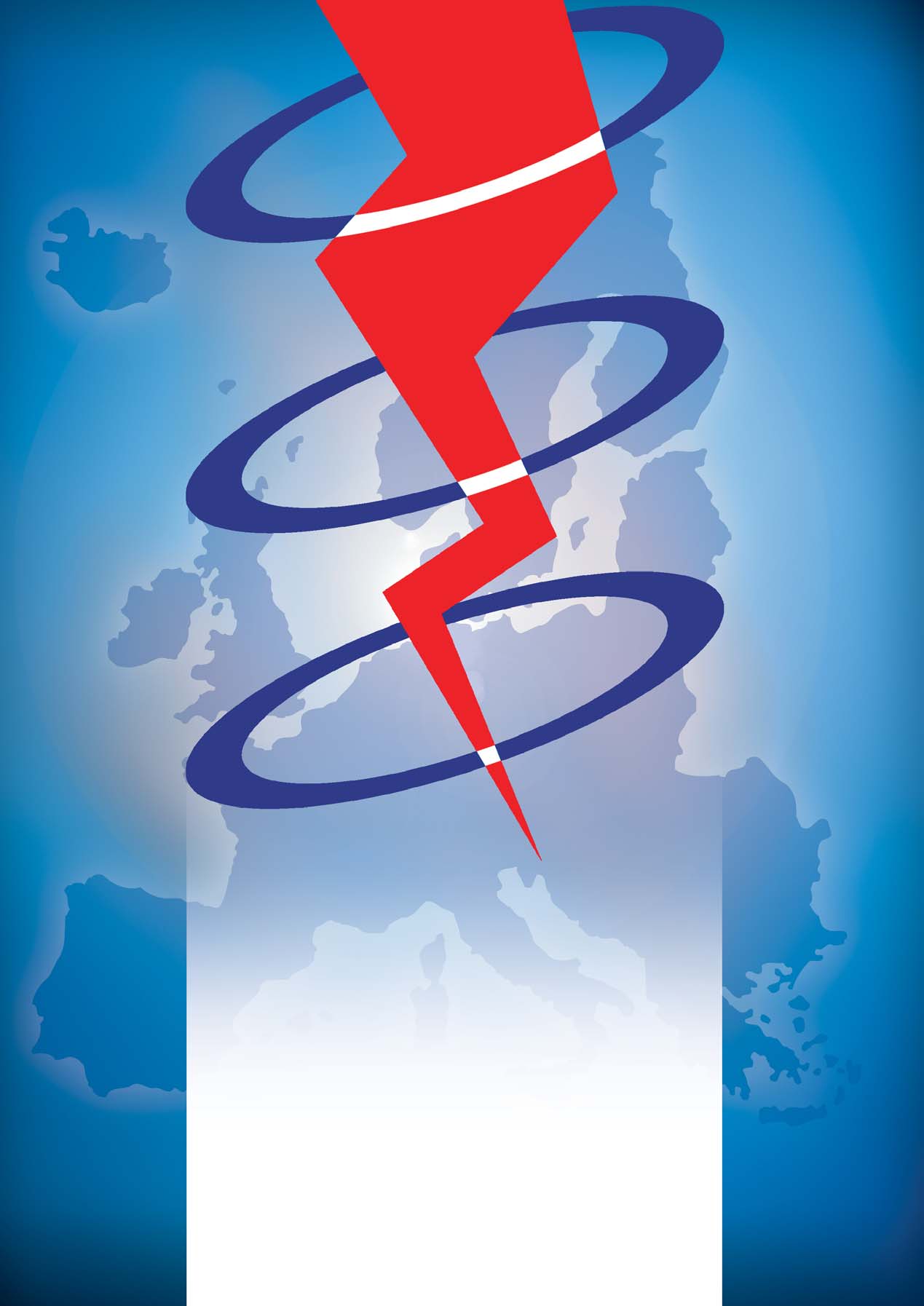 Pain In Europe – A Report

Key European Findings
Findings – The shocking truth
A widespread problem
Who is suffering?
Where does it hurt?
Quality of life
How people rate treatments
Pain In Europe – A Report

EU Advisor on Palliative Medicine
Immense knowledge has been acquired since the 17th Century when the Dutch philosopherBaruch Spinoza considered pain to be evil. Philosophers continued to expound countlesstheories on the cause and purpose of pain, but these efforts were eventually superceded by thework of anatomists and physiologists such as Marshall Hall, Wilhem Erb and Carl Westphal, whodemonstrated the physiological structure of the nervous system. This knowledge was added toin the early 20th Century by Johannes Muller's work on stimulating nervous pathways andprogressed even further by Lord Adrian's studies on electrical conduction along nerve fibres.
Additionally, in the 1960's Patrick Wall and Ronald Melzack changed our thinking with their'gate' or 'pain receptors' theory. Man though could not wait for scholarship to relieve pain. Over time a great number of strangetherapies have been applied in the name of pain relief; hemlock and a mixture of yeast, juniperand beer, to name a but a few. Perhaps most insightful, though, was the use of the opium poppy to relieve pain – this practice has been recorded since the earliest time of writing, about5000 years ago. Later on, additional records from the mid-18th Century outline the interest inchemical extraction from the willow as an analgesic. This extract was called salicylic acid – whichin its better known guise, aspirin, is a familiar pain remedy reached for by millions. In the early 1950's John Bonica published one of the first texts on pain treatment techniques,resulting in a surge of interest in cancer pain with the first significant meeting on this subjectbeing held in 1977. Cancer provided the thrust and cancer pain dominated our interest in pain ingeneral. The number of cancer pain articles in the principal medical journals has increased byten fold in the last thirty years, compared with a meagre one to two-fold increase in the numberof articles on non-cancer pain. In contrast, our interest and knowledge on non-cancer painpathologies – joint and skeletal problems, neuropathic pain states, phantom limb syndrome andsickle cell – together with the particular problems of pain in the elderly, present a relative desertof knowledge. This is a real issue when you consider that these non-malignant conditions effectmany more than the number experiencing pain from malignancy. We have all experienced the sensation of pain, and most of us have known someone who hasbeen, or is still, in pain. Yet despite medical advances we know little as to how many peopleacross Europe are suffering from long term pain. Why do we need this information? For several decades national statistics in Europe haveprovided information on the incidence of many diseases such as cancer and diabetes, but wehave almost no information on the incidence of pain. This is because pain is frequently asymptom or legacy of a disease or illness, but pain itself is generally not recorded in nationalstatistics. With an industrial injury, pain is frequently what prevents return to work, but it is theindustrial injury that enters the statistics and not the pain. The Pain in Europe survey opens a new chapter in our understanding of pain. This pan-European study embraced over 46,000 people across 16 countries. Essentially the study was to consider the prevalence of chronic, non-malignant pain - but with a special effort being made to understand how pain impairs the lives of those who live with it and how they viewedthe help they were receiving. Pain In Europe – A Report

The incidence of significant pain does not only effect one person – the patient – but often thefamily. Pain is a symptom that may assume enormous ramifications when we consider itsdemands on health and supportive care structures, employers and the economy. Despite this,there is a clear poverty in our knowledge of chronic and non-malignant pain, because of aprevious feeble interest and almost a blindness in our understanding of this distressing andcostly problem. The Pain in Europe survey does much to try and fill this void and presents very considerable new information. And, as with any good study it stimulates many questions – it will promptfurther work on many of the points it has raised. It provides empirical information on much thatwas previously unknown; in part it confirms general clinical experience but elsewhere questionsconventional clinical thinking. It suggests where the medical profession could enhance theircontribution and where patients may benefit from appropriate increased knowledge. No study in a subject as nebulous as pain can be considered definitive, but this study is a truly auspiciousmilestone in an important subject that embraces all of us.
Pain In Europe – A Report

With over 46,000 people interviewed, Pain in Europe represents the largest and most in-depthlong term (chronic) pain survey ever conducted in Europe. The survey aims to reveal for the firsttime the real impact of chronic pain, and illuminate a pathway for the future management ofchronic pain for millions of sufferers. A thorough investigation into chronic pain across 16 countries, Pain in Europe investigates theissue of pain…nearly one in five Europeans suffering…individuals living with chronic pain for anaverage of seven years…one in six chronic pain sufferers feel the pain is sometimes so bad theywanted to die. Pain in Europe gives a glimpse into the isolated world of chronic pain sufferers. A place wherepain devastates everyday activities, leaving individuals depressed, unable to function properly indaily life, and frequently held back in their work. Worryingly, given the terrible toll exacted by chronic pain, one in four patients feel their doctordoesn't know how to control their pain, and across Europe the management of chronic pain isperceived as inadequate. Over two thirds of sufferers believe their medication is not sufficient tocontrol their pain at times, and three quarters of pain patients have to raise the topic of painsymptoms in the consultation, rather than being proactively assessed by their doctor.
Ultimately then, Pain in Europe is a map of chronic pain, a source of suffering for many peopleacross Europe, seriously impacting on their quality of life. Chronic pain does not appear to begiven the priority it should and specialist pain services in particular are not being accessed.
Patients feel cut off from information about new methods of managing their pain more effectively.
True partnership between doctors and chronic pain patients is the only way to improve this lackof information and under treatment of pain. Sufferers need to consider what questions they needto ask, and physicians should recognise, as declared by EFIC, that pain is a disease in its ownright and should be treated with the same urgency as the condition that causes it.
NFO WorldGroup carried out the survey which was sponsored by Mundipharma InternationalLtd., Cambridge, England.
Pain In Europe – A Report

Key European Findings
A Widespread Problem
Chronic pain is a devastating and widespread problem in Europe: • Chronic pain strikes one in five (19%) adults across Europe - Prevalence is highest in Norway, Poland and Italy, where over one-fourth of adults report suffering from chronic pain - Prevalence is lowest in Spain, even so more than one in ten (11%) suffers from chronic • Over one third of European households have at least one pain sufferer (chronic or otherwise) Real Pain
• Two-thirds of chronic pain sufferers experience moderate pain, while one-third experience severe pain (as rated on a 1–10 scale) • The most common source of pain reported by chronic pain sufferers is the back (24%), and the most common cause is arthritis/osteoarthritis (35%) A long term problem
• People with chronic pain have been suffering on average for 7 years, some for 20 years or • One third of patients suffer chronic pain at all times – 24 hours a day, 365 days a year• Time taken to achieve adequate pain control in over 50% of sufferers can take more than • A third of sufferers were so weighed down with pain that they felt they could not "tolerate Quality of life impacted
Untreated chronic pain can leave sufferers' lives in ruins – impacting on their work and familiesand often causing depression: • One in five chronic pain sufferers have lost a job as a result of their pain.
• Those employed were forced to take more than 15 days off work every year because of pain (estimate based on 6 month data) • One in five chronic pain sufferers have been diagnosed with depression as a result of their pain - Spain has the highest rate of depression (29%) as a result of pain, followed by Norway (28%). The lowest rate is in Denmark.
- Up to a half of chronic pain sufferers report feelings of helplessness, or inability to think or function normally Pain In Europe – A Report