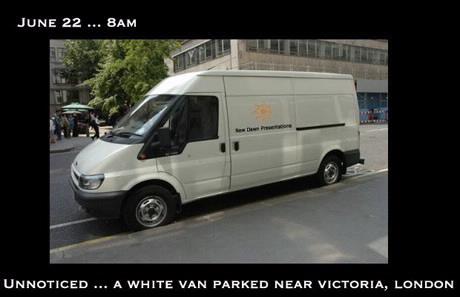 101ST UNITED STATES CONGRESS 2ND SESSION To implement the Convention on the Prohibition of the Development, Production, and Stockpiling of Bacteriological (Biological) and Toxin Weapons and Their Destruction, by prohibiting certain conduct relating to biological weapons, and for other purposes. Be it enacted by the Senate and House of Representatives of the United States of America in Congress assembled, 1 SECTION 1. SHORT TITLE 2 SECTION 2. PURPOSE AND INTENT 3 SECTION 3. TITLE 18 AMENDMENTS [edit] SECTION 1. SHORT TITLE This Act may be cited as the Biological Weapons Anti-Terrorism Act of 1989'. [edit] SECTION 2. PURPOSE AND INTENT (a) PURPOSE- The purpose of this Act is to— (1) implement the Biological Weapons Convention, an international agreement unanimously ratified by the United States Senate in 1974 and signed by more than 100 other nations, including the Soviet Union; and (2) protect the United States against the threat of biological terrorism. (b) INTENT OF ACT- Nothing in this Act is intended to restrain or restrict peaceful scientific research or development. [edit] SECTION 3. TITLE 18 AMENDMENTS (a) IN GENERAL- Title 18, United States Code, is amended by inserting after chapter 9 the following: CHAPTER 10—BIOLOGICAL WEAPONS 175. Prohibitions with respect to biological weapons. 176. Seizure, forfeiture, and destruction. 177. Injunctions. 178. Definitions. Section 175: Prohibitions with respect to biological weapons (a) IN GENERAL- Whoever knowingly develops, produces, stockpiles, transfers, acquires, retains, or possesses any biological agent, toxin, or delivery system for use as a weapon, or knowingly assists a foreign state or any organization to do so, shall be fined under this title or imprisoned for life or any term of years, or both. There is extraterritorial Federal jurisdiction over an offense under this section committed by or against a national of the United States. (b) DEFINITION- For purposes of this section, the term for use as a weapon' does not include the development, production, transfer, acquisition, retention, or possession of any biological agent, toxin, or delivery system for prophylactic, protective, or other peaceful purposes. Section 176: Seizure, forfeiture, and destruction (a) IN GENERAL- (1) Except as provided in paragraph (2), the Attorney General may request the issuance, in the same manner as provided for a search warrant, of a warrant authorizing the seizure of any biological agent, toxin, or delivery system that— (A) exists by reason of conduct prohibited under section 175 of this title; or (B) is of a type or in a quantity that under the circumstances has no apparent justification for prophylactic, protective, or other peaceful purposes. (2) In exigent circumstances, seizure and destruction of any biological agent, toxin, or delivery system described in subparagraphs (A) and (B) of paragraph (1) may be made upon probable cause without the necessity for a warrant. (b) PROCEDURE- Property seized pursuant to subsection (a) shall be forfeited to the United States after notice to potential claimants and an opportunity for a hearing. At such hearing, the government shall bear the burden of persuasion by a preponderance of the evidence. Except as inconsistent herewith, the same procedures and provisions of law relating to a forfeiture under the customs laws shall extend to a seizure or forfeiture under this section. The Attorney General may provide for the destruction or other appropriate disposition of any biological agent, toxin, or delivery system seized and forfeited pursuant to this section. (c) AFFIRMATIVE DEFENSE- It is an affirmative defense against a forfeiture under subsection (a)(1)(B) of this section that— (1) such biological agent, toxin, or delivery system is for a prophylactic, protective, or other peaceful purpose; and (2) such biological agent, toxin, or delivery system, is of a type and quantity reasonable for that purpose. Section 177: Injunctions (a) IN GENERAL- The United States may obtain in a civil action an injunction against— (1) the conduct prohibited under section 175 of this title; (2) the preparation, solicitation, attempt, or conspiracy to engage in conduct prohibited under section 175 of this title; or

Impact of science a stakeholder's perspective