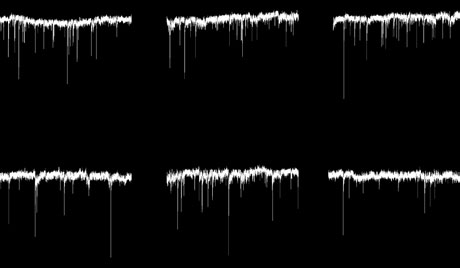 Dear CM/PLM Professional, Please find enclosed DSD's newsletter, addressing news in CM, PLM, ERP and Process Improvements that we thought might interest you. We would appreciate receiving comments and suggestions to make this newsletter more helpful and interesting. We encourage you to send us news you hear that might be of interest to others of the CM community. Subscription to this newsletter is free-of-charge. To subscribe to our mailing list please send us an e-mail with SUBSCRIBE in the subject. If you do not want to receive further issues please send us an e-mail with REMOVE in the subject. CAD AND DESIGN TOOLS 1. ANSYS Reports First Quarter 2016 Financial Results ANSYS, Inc. today announced its financial results for the first quarter of 2016. The Company reported GAAP and non-GAAP revenue growth in constant currency of 6% and 5%, respectively, and GAAP and non-GAAP diluted earnings per share of $0.63 and $0.77, respectively, for the quarter. Recurring revenue, which is comprised of lease license and maintenance revenue, totaled 78% of revenue for the first quarter . 2. Gerber Technology's Digital Solution Links Data, Smart Machines to Drive Mass Production and Mass Customization Gerber Technology is showcasing its Digital Solution at the Texprocess Americas show in Atlanta. Apparel and industrial companies are under significant competitive pressures to design, develop and produce their products faster and more efficiently while ensuring they get the right products to market at the right time and at the right price. Whether producing volume for the masses or customizing small lots, companies are struggling because of an inability to move data from process to process and machine to machine. At Texprocess, Gerber will demonstrate each step of its Digital Solution to illustrate how companies can network their software and smart machines to form an end-to-end solution to help meet the workflow challenges of mass production and mass customization. 3. FARO Reports First Quarter 2016 Financial Results FARO Technologies, Inc. (FARO) today announced its financial results for the first quarter ended March 31, 2016. Sales for the quarter ended March 31, 2016 were $75.7 million, up 8.3% compared with $69.9 million in the first quarter last year. Excluding approximately $0.9 million of unfavorable foreign exchange impacts, first quarter sales would have increased approximately 10% as compared with the first quarter of 2015. The Company's sales growth was driven primarily by higher metrology sales within the Americas and Asia-Pacific regions. Gross margin for the quarter was 56.3% compared with 56.6% in the prior year period with product and service margins remaining relatively consistent with the prior year period. Operating income for the quarter was $4.3 million compared with $1.9 million in the prior year period, reflecting increased sales volume partially offset by a modest increase in operating expenses. 4. Cadence Expands OrCAD Solution to Address Flex and Rigid-Flex Design Challenges for IoT, Wearables and Mobile Devices Today at CDNLive EMEA, Cadence Design Systems, Inc. announced the OrCAD 17.2-2016 release with new capabilities for OrCAD® Capture, PSpice® Designer and PCB Designer that address challenges with flex and rigid-flex design as well as mixed-signal simulation complexities